Thursday 30th May 2019: Kevin Bacon will hit UK screens tonight, alongside genuine Watford fans and a family of lifelong Manchester City supporters in the latest EE brand campaign, marking the launch of 5G in the UK. The campaign, created using 5G-enabled AR and VR technology, is scheduled to launch this evening during Britain’s Got Talent Live Semi Final. The campaign supports EE becoming the UK’s first network to switch on 5G and showcases a number of the new ways customers can enjoy this new super-fast connection.

For the first time in EE’s six-year history, the brand is featuring genuine customers in the campaign. Using 5G and its cutting-edge technology, EE found new ways for them to enjoy the things they love – in this case football – and captured the magic as it happened, on the day of the FA Cup Final.

The advert is comprised of three individual storylines following the experiences of both Watford and Manchester City fans. Opening on Wembley Way on the day of the FA Cup Final, huge crowds are seen making the football pilgrimage into the iconic London stadium, before cutting to a small pub on the outskirts of the Capital. Kevin Bacon suddenly appears amongst the football supporters at the pub and asks a Watford fan to take a picture of him before the game starts.

The advert then cuts to Manchester, where Graham Phillips, a lifelong Man City fan gets ready to watch the game from home with his wife and daughter.

A young fan in Watford colours joins his friend on a balcony who is holding up a 5G smartphone, pointing it in the direction of the community pitch below him. Suddenly the image on the mobile screen is replaced with scenes from the pitch at Wembley in real time, getting the fan even closer to the action than he thought possible thanks to 5G.

Cutting back to Manchester, Graham’s daughter surprises him by putting on a VR headset and using the unique qualities of the new network – high bandwidth and low latency – Graham is suddenly in the midst of the excitement at the game, made possible by his son in law and grandson live-streaming the game from a 5G smartphone to the VR headset.

Back at the pub, the fan taking Kevin’s picture is astonished to find that her phone screen has transformed; scenes from the FA Cup final from the viewpoint of the tunnel onto the pitch, streaming live behind Kevin and showing the two teams as they line up ahead of the match. Bacon, already well versed in the magical possibilities of 5G, beckons her to point the camera into the tunnel, onto the pitch and into the sky for the live fireworks.

Up in the block of high-rise flats, the young Watford fan is watching live on his phone, having overlaid their small community pitch with the live final at Wembley. Real time footage from the game shows Manchester City scoring a goal and cuts to Graham jumping up and down excitedly, still revelling in the excitement of wearing the VR headset. The campaign culminates with Graham removing the headset to reveal how moved he was by the experience. The whole experience was brought to life through the power of 5G on EE.

Pete Jeavons, Marketing Communications Director at BT and EE, said: “We wanted to support the launch of 5G in the UK with an equally ambitious campaign. To be the first network to launch 5G in the UK is a huge moment for the brand and we wanted to demonstrate all the possibilities that 5G can unlock for our customers – from augmented reality to virtual reality. In this latest campaign, we’ve worked with real people in real time to showcase what’s possible on real 5G networks. Rather than tell them a 5G story, we let them become the story.”

EE continues to drive digitally integrated campaigns with a focus on social across Twitter, Facebook, Instagram and Snapchat, as well as other video display partners. This campaign will run across TV, out of home (OOH), cinema and video on demand (VOD) – with edits and content developed specifically for a range of digital and social channels.

The campaign kicks off with a 60-second TV ad that will launch on 30th May 2019. The campaign was developed by EE’s advertising agency, Saatchi & Saatchi London. 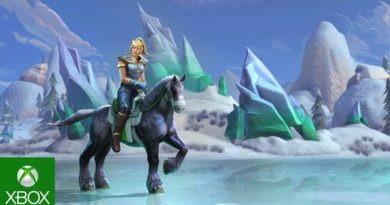 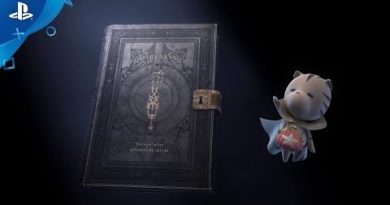 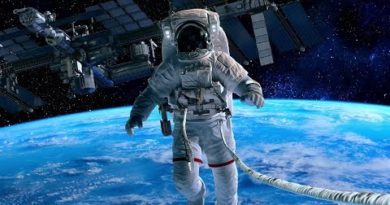 April 11, 2019 Duncan Nagle
We use cookies to ensure that we give you the best experience on our website. If you continue to use this site we will assume that you are happy with it.Ok