It’s hard to match the narrative scope and immersive experience that a compelling story-driven game has over other storytelling mediums, allowing players not only to fall into the world of a well-crafted story but to experience it firsthand. These types of games can empower someone with a new perspective or let us live a double-life as a superhero. Narrative-driven games allow us to become someone we’re not, which is perhaps the biggest reason we enjoy these experiences. Now, with the power of Xbox One X, creators can bring us even closer to their vision. With our Xbox One Storytellers series, we’ll sit down with some of the industry’s greatest creators to talk about the strength of storytelling within games, their inspirations, and how they see the genre growing in the years ahead. Today, we’ll be talking to Vampyr Narrative Director Stéphane Beauverger.

Is there a secret to crafting a compelling single-player narrative?

If there is a secret, it is carefully kept hidden. Personally, I think the key word for a compelling single-player narrative is “consistency” — consistency of tone, script, characters’ attitude, themes, emotions. Something almost invisible for the player, but that will resonate in all aspect of the game. Something of a coherent inner logic that can drive the player throughout the story. As long as a story is consistent I believe that the players will agree to be told/to follow any story, anyhow grim, romantic, violent, sad, sweet, it may be.

Maybe it depends on the definition we give to “immersion.” The word is so often used in the games industry today as a selling point or a game value. If we stick to the cognitive or psychological meaning of the word, it relates to a “strong feeling of spatial presence” — the players feel the environment as “real” and they feel a consistency (yes, I love that word) in the game through various inputs (visuals, sounds, mood, etc.). In that case, I think single-player and multiplayer experiences provide different experiences, all of them able to create efficient immersion.

How do you balance your narrative goals with your gameplay goals?

I believe a good narrative game is a game which does not sacrifice narration for the sole benefit of gameplay. This is achieved by crafting gameplay rules which serve the said narration. A good video game can have excellent gameplay and poor narration. A good video game hardly can have an excellent narration supported by a weak gameplay. Once you know what the story will tell the players, it is time to fine-tune a gameplay that will enhance and support the message and the meaning of the story.

Of course, especially in terms of budgets and priorities. I think the main reason why it is still so rare to see good games with multiple unique endings is the production cost. Video game production is time and budget consuming. Crafting various endings or branches for the same scenes are easily perceived as useless or too expensive. I know for a fact through my twenty years of work in this industry that the first thing which is sacrificed when a dev team has no time or money left is the story. One sentence you will often hear during the long run of a game development is, “Why bother creating different scenes or variations for the same cutscene or event, since the player will only see one, depending of his choices and actions?” As soon as this question has been asked, you know your idea of a different unique ending is about to be killed. You must be really committed to this feature and impose it as a core promise of the game, to have a chance to see it survive the rough ride of a game development.

Are there any genres you think the story doesn’t matter, or ones you think fit the goal of telling a story better than others?

Not at all. Any genre can have a strong story, except perhaps the sport simulation… And that’s not even true: I’m not a fan a sports game myself, by each time I see friends play a soccer game, I can’t stop thinking that they are writing their own story, a new story of multiple and unique events and action that will never produce the same chains of events the next time they play together.

What sort of benefits do more powerful consoles and PCs offer to single-player storytellers?

I would be inclined to say: bigger worlds and better environments, better visuals, thus a better hypothetical immersion. But that is not necessarily true: 3D technologies can be highly expensive to deploy… For a time, it seemed 3D worlds meant smaller worlds and shorter stories. Recent games like Assassin’s Creed Origins proved it is possible to create incredibly wide and beautiful 3D worlds with a lot of content. But does it have a compelling story? I really doubt it (even if I really enjoyed the game). Once again, it is more a question of commitment and goals expressed by the dev teams than a question of technological possibilities.

Were there any particular single-player experiences in your gaming life that inspired you to create or really struck a chord with you?

I think of two that have given me the same feeling: Gabriel Knight (1993) and Blade Runner (1997). Two point-and-click games with a mystery to solve and an investigation to achieve. In Gabriel Knight, I really enjoyed the sequence in the main character’s office, where you can go whenever you want to just enjoy a cup of coffee and read the newspapers (I think I never heard such realistic sound of a coffee being poured in a cup from a coffee pot). In Blade Runner, I enjoyed going to the main character’s apartment, and spend time on the balcony just listening to the city’s noises, the rain, and the music. Those two simple but very immersive and contemplative sequences just made me feel good every time.

Is there a specific game’s single-player level or a narrative moment you consider close to a perfect narrative experience?

Maybe the three last cues of The Last of Us (large plot spoiler below):

The look in the eyes of Ellie, fully aware of Joel’s lie, but agreeing to accept it, to keep something alive between them, after all, they went through, and Joel obviously knowing that she did not believe him… The necessary lie as a reason to keep on together… Three simple lines almost perfectly delivered which break my heart every time. Brilliant end.

How have single-player/narrative games changed most over the last 10 years?

I am tempted to say the rise of the Indie scene (even if the word “indie” is nowadays harder to define). Thanks to dematerialized stores, a lot of good small narrative games have reached success, and it has even become something of a trend. Like all trends, it may lose the interest of a large public, but it gives an opportunity for dedicated artists to find an audience with great games like Underhand, Hungry Hearts Diner, or Oxen free.

How do you see single-player games evolving over the next 10 years?

Hard to tell… The market is evolving so quickly. There are so many different types of narrative games offered to the players these days. Maybe this is what we should ask for: a multiplication of the genres to provide different experiences to the players. A market wide enough to give place to leviathans like Assassin’s Creed: OriginS and small handcrafted jewels like What remains of Edith Finch. As long as the quality is there, there should be room for everyone. Dedication is the key.

Related:
Putting the Madness in The Infectious Madness of Doctor Dekker, Available Now on Xbox One
Roblox’s Heroes Event Soars into Action on Xbox One
Battle Through Two Epic Eras at Le Mans in the Spirit of Le Mans Pack for Project CARS 2 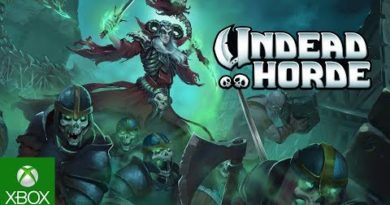 May 15, 2019 Duncan Nagle Comments Off on Undead Horde Trailer 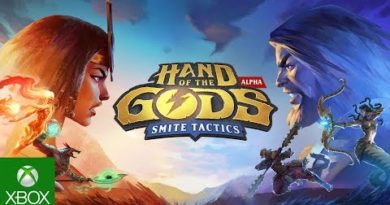 Hand of the Gods: SMITE Tactics | Coming Soon to Xbox One

August 10, 2017 Duncan Nagle Comments Off on Hand of the Gods: SMITE Tactics | Coming Soon to Xbox One 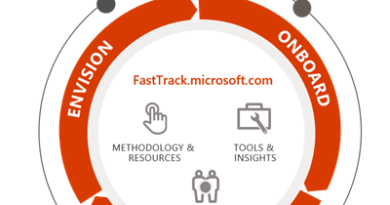 November 14, 2016 Duncan Nagle Comments Off on New FastTrack offer to migrate SharePoint 2013 customers to Office 365
We use cookies to ensure that we give you the best experience on our website. If you continue to use this site we will assume that you are happy with it.Ok