In March, Xbox Game Pass members can also look forward to Rise of the Tomb Raider, Super Lucky’s Tale Resident Evil Revelation 2, Oxenfree, Sonic CD, The Final Station, and Euro Fishing coming to Xbox Game Pass March 1, in addition to over 100 more great games included in your membership. Plus, tune in to Mixer on March 1, too and watch our favorite streamers get hands-on with the latest additions to the catalog.

Sea of Thieves
It’s time to #BeMorePirate! Starting March 20, get ready for Sea of Thieves as it drops anchor in Xbox Game Pass the same day as its global release. Sea of Thieves is the essential pirate experience, from sailing and fighting to exploring and looting – everything you need to live the pirate life and create all-new legends. With no set roles, you have complete freedom to approach the world, and other players, however you choose. Whether you’re adventuring as a group or sailing solo, you’re bound to encounter other crews in this shared-world adventure game – but will they be friends or foes, and how will you respond?

Sea of Thieves is an adventure that will grow and evolve over time, with new content arriving regularly to ensure a fresh, exciting experience whenever, and wherever, you choose to set sail. With mounting praise from fans and critics alike, Sea of Thieves is set to be the next unforgettable adventure for players and pirates alike – be sure to check out the enhanced features on Xbox One X.

Featuring epic, high-octane action moments set in the most beautifully hostile environments on earth, Rise of the Tomb Raider delivers a cinematic survival action adventure where you will join Lara Croft on her first tomb raiding expedition. In Rise of the Tomb Raider, Xbox Game Pass members can look forward to exploring awe-inspiring deadly tombs, huge ancient spaces littered with deadly traps, solve dramatic environmental puzzles, and decipher ancient texts to reveal crypts as you take on a world filled with secrets to discover.

Super Lucky’s Tale
Join Lucky and head back to an era of classic platformers with challenges players of all skill levels and all ages can enjoy when Super Lucky’s Tale enters Xbox Game Pass March 1. Super Lucky’s Tale is a delightful, playground platformer for all ages that follows Lucky, the ever-optimistic, energetic, and lovable hero, on his quest to find his inner strength and help his sister rescue the Book of Ages from Jinx.  Along the way, encounter a hilarious supporting cast of friends and adversaries. Lucky must confront the nefarious Kitty Litter, Jinx’s mischievous kids – self-taught villains who might not be getting Jinx’s plans quite right. Lucky meets friends and allies along the way too.  He meets misplaced Yetis, Kooky Spookies, a village of farming worms, and other colorful friends inhabiting the Ages.

Oxenfree
Oxenfree is a supernatural thriller about a group of friends who unwittingly open a ghostly rift. Play as Alex, a bright, rebellious teenager who brings her new stepbrother Jonas to an overnight party on an old military island. The night takes a terrifying turn when you unwittingly open a ghostly gate spawned from the island’s cryptic past. How you deal with these events, your peers, and the ominous creatures you’ve unleashed is up to you. You determine every aspect of Alex’s story while exploring Edwards Island, uncovering the base’s dark past, and changing the course of your friends’ lives.

Sonic CD
It’s time to usher the past into the future in this enhanced recreation of Sonic CD! Sonic travels to the distant shores of Never Lake for the once-a-year appearance of Little Planet – a mysterious world where past, present, and future collide through the power of the Time Stones that lie hidden within it. His arch-nemesis, Dr. Eggman, has come for the Time Stones and with them, will soon have the power to control time itself In order to put an end to Dr. Eggman’s nefarious schemes, Sonic must use the power of Little Planet to travel through time; breaking Dr. Eggman’s hold over the future by destroying his machines in the past and recovering the missing Time Stones! Experience the adventure through time that introduced the world to Amy Rose and Eggman’s most evil creation, Metal Sonic.

The Final Station
The world is over. But it’s not quite over for you… at least, not yet. And now that you’ve got thousands of tons of locomotive at your disposal, ready to take you as far down the tracks as you have fuel to feed it, you’ve got the definite advantage over the infected hordes. This is The Final Station. The real question is whether you’ll help the survivors get to their destinations…. or let them die and loot their bodies. Sometimes people can be more trouble than they’re worth. A post-apocalyptic adventure about traveling a dying world on a train – survive for as long as you can by riding the rails, and finding supplies along the way. Infected are ready to stop your progress whenever you exit the train to look for supplies.  Maintain your train in operating condition and craft valuable items from the resources you scavenge. Pick up survivors along the way, gaining perks (and hindrances) for your troubles.

Euro Fishing
If the cold, wind, sleet, and/or snow is hampering the outdoorsperson in you this winter, we may just have the remedy with Dovetail’s Euro Fishing. It is exactly as it sounds – a digital escape to a wide range of different, calming natural outposts. Take a few minutes to acquaint yourself with your rod and casting, before you tackle some of the monster fish that live beneath the surface. Once you have discovered your inner angler and start landing trophies, be sure to take a screenshot so you don’t end up as just another digital fisherman with a big story of the “one that got away.”

With over 100 great games for one low monthly price, including highly anticipated new games from Microsoft Studios the day they’re released, plus more games added every month – Xbox Game Pass is your ticket to endless play. Thanks for reading March’s Xbox Game Pass update and don’t forget: if you haven’t tried Xbox Game Pass yet, you can play free for 14 days.

For all the latest Xbox news, keep it locked to Xbox Wire. Until next month, game on!

Related:
Next Week on Xbox: New Games for February 26 to March 4
This Week on Xbox: February 23, 2018
Punishing Platformer Roguelike Xenon Valkyrie+ Available Now on Xbox One 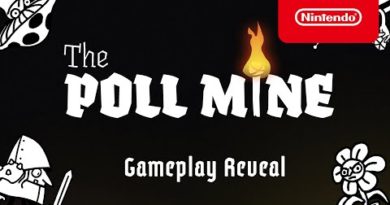 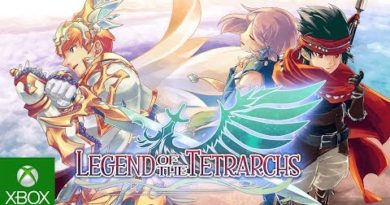 Legend of the Tetrarchs – Xbox One Official Trailer

April 26, 2019 Duncan Nagle
We use cookies to ensure that we give you the best experience on our website. If you continue to use this site we will assume that you are happy with it.Ok