Hold your torch steady, explorer, lest you lose your soul plundering the temple’s inky depths.

Curse of the Dead Gods releases today on Xbox Series X|S and Xbox One, and all of us at Passtech Games can’t wait for you to see our take on the roguelike dungeon crawler. It is a popular genre – one that we love too – so today we’d like to show you how Curse of the Dead Gods stands out as a unique and thrilling experience unlike any other.

As you delve deeper into the temple, it will tempt you with powerful weapons and relics with useful bonuses. If you don’t have enough gold, the temple will accept your blood as payment. Alas, the more blood you give, the more corrupted you become. Even if you don’t sacrifice blood, each door you pass through at the end of a room will add to your corruption meter. Once full, you’ll get your first curse effect.

There are many curses, most of them significantly impacting how you play and interact with the other gameplay systems, such as traps, or light and darkness. The effects can be deadly but are more often about adapting to new circumstances. For each champion you defeat, you will be cleansed of one curse of your choosing, but if you reach five curses, your life will start to drain until death comes… tick-tock, explorer.

These double-edged swords provide an interesting balancing act that you must constantly be considering. For example, “Dark Fervour” will cause you to passively gain corruption over time but going through a door no longer adds more corruption. “Raging Temple,” another curse, turns previously harmless statues into fire-spitting deathtraps.

Another standout feature of Curse of the Dead Gods is its environmental gameplay. Your torch lights up your immediate surroundings, and you can use it to set braziers and enemies aflame. Besides taking more damage in darkness, you also can’t see traps in it. With spiked floors, flame-belching statues, poison-spitting contraptions, and more, you’ll want to be aware of your surroundings, especially since these can be turned against your enemies.

While Curse of the Dead Gods is certainly a challenging game, we wanted to provide a wide range of interesting and unique options for every run, rather than only increasing your power gradually over time. As you defeat champions and bosses, you’ll gain two types of currency: Crystal Skulls and Jade Rings.

Crystal Skulls’ primary use is to unlock blessings. Each blessing is linked to one of the temple’s Gods of Wonder and grants you a special, divine power to reward you for your previous explorations. “Indomitable” restores half your health after defeating a champion or boss. Pair this with “Gift of Transmutation”, which turns surplus health into gold, for a nifty combo. You can only enable three blessings at a time, so explore your options and choose wisely. You can also use your Crystal Skulls to reveal weapon altars, which expand your selection of starting weapons before you start a run. A weapon can only appear on an altar if it has first been unlocked.

As for the Jade Rings, use them to unlock a range of exotic weapons. Each time you unlock a weapon, it will become possible to find within the Temple.

It’s the combination of these mechanics, their overlap, and the smooth, dynamic and tactical combat at the core of it all, that make Curse of the Dead Gods unique. We hope you’ve enjoyed this taste of what the Temple has to offer. Explore it for real now on Xbox One!

Curse of the Dead Gods

$17.99
Get it now
You seek untold riches, eternal life, divine powers – it leads to this accursed temple, a seemingly-infinite labyrinth of bottomless pits, deadly traps, and monsters.

Your greed will lead you to death, but that is not an escape. Rise to fight again. Delve deeper again. Defy the malignant deities that linger in this place. Battle through hordes of enemies in dark, cavernous passages filled with traps and secrets of all sorts – fire-spewing statues, explosives, hidden spikes, and worse.

Collect mystical Relics and an arsenal of weapons to make yourself unstoppable. Corruption builds in you with every step – encourage or ignore it, but each powerful curse can be a double-edged sword.

– A skill-based roguelike exploring a cruel, dark temple made of endless rooms and corridors
– Swords, spears, bows, guns – wield these and many more
– Unique curses influence each attempt, putting a twist on every action
– Dozens of enemies, with powerful champions and deadly bosses to face off against

Related:
Heavy Metal Machines is Free to Play and Available Now on Xbox
New Games with Gold for March 2021
Join the Chivalry 2 Alpha Round 11 on Xbox One and Xbox Series X|S! 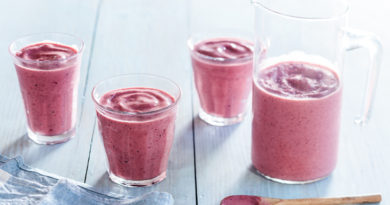 NetWorker: How to Reset the NMC Password in NetWorker 9 Linux

April 25, 2018 Duncan Nagle
We use cookies to ensure that we give you the best experience on our website. If you continue to use this site we will assume that you are happy with it.Ok