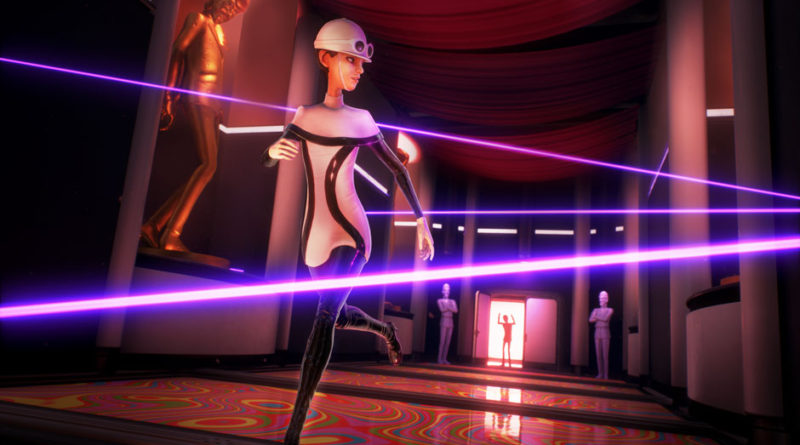 In We Happy Few, you’ll play the tale of a plucky bunch of moderately terrible people trying to escape from a lifetime of cheerful denial in the city of Wellington Wells. In this alternative 1960s England, conformity is key. You’ll have to fight or blend in with the drug-addled inhabitants, most of whom don’t take kindly to people who won’t abide by their not-so-normal rules.

When discovering the retrofuturistic city’s dark history, you’ll play through the intertwined narratives of three quietly rebellious citizens of Wellington Wells. Each with their own strengths and weaknesses, you’ll discover their pasts, prepare for their future, and engage in activities that aren’t exactly status quo in the artificially-enthused society.

We Happy Few is just weeks from launch and it’s time to learn more about the games second playable character, Sally Boyle.

Wellington Wells’ fabulous “It Girl,” Sally, is sparkling and witty, and wears the grooviest fashions better than any Wellette in the Village.

A brilliant chemist, she keeps the rich and powerful supplied with powerful concoctions that no mere pharmacist can make.

“Early on, we knew we wanted Sally Boyle to be both a clever chemist and glamorous, fashionable socialite,” says Whitney Clayton, Art Director for We Happy Few. “Her dress is the epitome of mod. To give her a look that was both iconic and distinct, we designed her to be both classy and slightly futuristic. Her dress is made of simple, graphic shapes, and a mix of modern (for the time) materials like white felt and black vinyl. Her short hair and pixie features reference fashion icons from the 60s like Twiggy and Edie Sedgwick.”

But Sally’s fabulousness is a front. She’s a survivor, wounded by her past, and she has secrets that would get her killed if they ever got out.

Fortunately, she has other drugs that she can use, affording her the means to escape detection, evade capture, and take down even the toughest of enemies.

As you reveal Sally’s story and dangerous secrets, you’ll interact with the other two playable characters, Arthur and Ollie, who each have their own secrets, motivations, and special skills in the story of We Happy Few.

“You might see the same scene from several different perspectives” adds Alex Epstein, the Narrative Director at Compulsion Games. “The dialog might change. The location might change, depending on who’s remembering. But the second version isn’t necessarily the truth just because it comes second.”

We Happy Few is coming to the Xbox One family of devices and enhanced for Xbox One X on August 10, 2018. Pre-order now on the Microsoft Store and get $9 off plus the exclusive Jolly Brolly weapon at launch!

Related:
Imagine Dragons’ Dan Reynolds takes on the Xbox Game Pass Challenge to raise money for the LOVELOUD Foundation
The Sims 4 Cats & Dogs Expansion Pack Available Now on Xbox One
Thanks So Much for Your Involvement in Alpha – Skip Ahead! 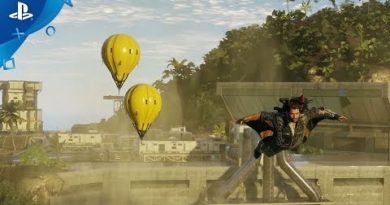 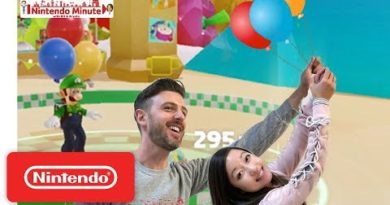 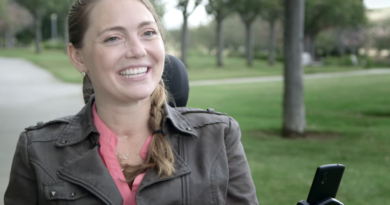 October 2, 2018 Duncan Nagle
We use cookies to ensure that we give you the best experience on our website. If you continue to use this site we will assume that you are happy with it.Ok