HyperDot is a minimal action arcade game with one rule: dodge everything. The game is fiendishly difficult — as players progress through the 100-level campaign, the simple task of “dodge everything” becomes more and more of a challenge. Solo developer Charles McGregor created his own behind-the-scenes challenge by committing to make HyperDot both difficult and accessible at the same time.

“I didn’t start HyperDot with accessibility in mind,” Charles explains. “I stumbled into it at first, then decided to double down and turn HyperDot from a title that’s incidentally accessible into one that’s purposefully accessible. Ever since then, it’s really brought a smile to my face being able to provide a way for people to play the game who might not be able to play it otherwise.”

How do you get accessibility right for the people who need it? You ask them. HyperDot publisher Glitch reached out to me, and I worked with their research and marketing experts on HyperDotA11y, an experimental research campaign centering disabled content creators. (“A11y” is the numeronym shorthand for “accessibility.”)

What is games accessibility?

Accessibility isn’t always what people think it is. First of all, it’s
not really about making games “easier.” It’s not even a specific set
of options. Accessibility will look different in every game, but there’s one
universal: we examine exactly what challenge means for different players and
which barriers are unintentional in our designs so that we can address them.
This leads to more successful projects and includes more players in our
audience and community.

The goal of HyperDotA11y was two-fold. First, it was meant to investigate overall barriers players faced with HyperDot and identify updates we could make to increase the game’s accessibility. Glitch’s director of insights Nicolaas VanMeerten is a big proponent of doing research out of the lab and letting people participate where they’re most comfortable: in their homes. (That’s more than a personal preference — this method makes it possible to bring together a diverse group of players with many different kinds of disabilities.) It was really exciting that both Nicolass’ and my past experience with user research, AAA, and working with the community came together so naturally.

The second goal of the HyperDotA11y research was to package it as a pre-launch campaign. We blended the research with an approachable platform — streaming — and built a campaign that contributed directly to the vibrant existing community of content creators with disabilities. “Whenever possible, we want to spotlight players who look like the audience we want,” says Holly Harrison, Glitch’s marketing manager who worked on HyperDotA11y. “Our goal is to carve out a little more space for people who don’t fit the mainstream image of who plays video games.”

We recruited content creators to test a demo of HyperDot on stream. We hung out and observed players and then asked for feedback after their session to make sure that everyone had a chance to describe their barriers in their own words. The great thing about this kind of user research is it confirmed a lot of the things we suspected… and it also surprised us! It’s really important for accessibility-focused design to understand that disabled people are experts in our experiences and we all learn from each other.

In addition to being informative, the streams and videos were a lot of fun — especially getting to know the content creators’ communities and seeing how much joy HyperDot brings. The outcome was letting everyone behind the curtain to see how games user research works while highlighting an entirely different group of content creators than we generally see in games.

Prioritizing which updates
happen and when

After all the streams, Nicolaas and I combined our findings and worked to determine how to address barriers some players experienced in HyperDot. Since Charles is a solo developer, it can be difficult to balance which features get priority. The research gave us dramatic insight into the impact any changes might have, and Charles was able to knock out several major requests within a day or two of learning the research findings. Going forward, even after release, the HyperDot team can balance implementing accessibility updates along with much-asked-for community features. All of these features make the games community richer and bring us closer to being able to compete on level playing fields.

We talk a lot about HyperDotA11y because we want other teams to consider
bringing user testing and accessibility efforts to players’ homes and into the
public. We learn from each other. And thanks to EA’s senior UX researcher James
Berg, this is already happening.

“The accessible games community has a wonderful saying: nothing about us, without us. HyperDot’s team took this to heart, and their public research inspired me to take a similar approach for my work with the Star Wars Jedi: Fallen Order team,” James says. “Our players with accessibility needs are the ones who can best tell developers, and each other, about what they need, and whether our games are meeting those needs. I hope to see this continue to be a trend in how gaming companies approach research and communication with all of our players!”

How everyone can make games
more accessible

How do you help developers make games more accessible, even if they’re
not running this kind of research? Keep an eye out for beta testing and early
access, as there’s almost always direct avenues to provide feedback. Join
forums, game Discord servers, and post to social media to share the barriers
you’re facing. Developers are reading, even if they can’t always reply.
Learning to describe the barriers you face is a valuable skill, and even though
being excluded from games can be frustrating, please remember that we’re all
people and a little kindness goes a long way!

☆☆☆☆☆
7
★★★★★
$19.99
Get it now
Xbox One X Enhanced
HyperDot is a minimal action arcade masterpiece with one rule: dodge everything. Evade enemies and test your skills in over 100 trials in the campaign mode, outlast your friends in multiplayer battles, or build custom challenges with the level editor.

Related:
Deep Sky Derelicts: Definitive Edition is Available Now on Xbox One
38 Things Added to Sea of Thieves Since Launch You Have to Try
Bleeding Edge Available Now with Xbox Game Pass 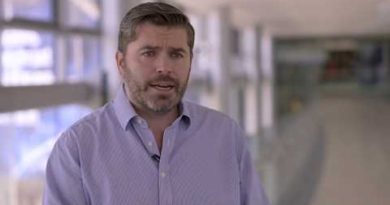 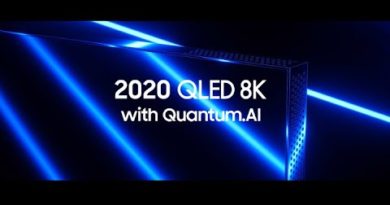 January 6, 2020 Duncan Nagle Comments Off on [CES 2020] 2020 QLED 8K: Official Introduction | Samsung
We use cookies to ensure that we give you the best experience on our website. If you continue to use this site we will assume that you are happy with it.Ok