Happy resurrection day, gunslingers! Today marks the worldwide release of Gungrave G.O.R.E and now players can experience the gore-tastic world created by Yasuhiro Nightow. In addition to its release today for Xbox One, Xbox Series X|S, and with Xbox Game Pass and PC Game Pass, we’re delighted to share with you the first reveal of the O.D. Grave Skin which is inspired by previous entries in the series. To learn more about the inclusion of O.D. Grave, I had a chance to sit down with Gungrave G.O.R.E. General Director Kay Kim to talk about the skin, the recently released game, and more. Enjoy!

Why include this original skin?

I believe that many fans will miss character designs from previous versions. That’s why we included skins from the past.

Did you have to change it in any way to make it fit for this style?

Since these are from the past, we didn’t want it to look too fancy, so we kept the old-school vibe. We sticked to the original design and made it look a bit aged purposely.

Was Yasuhiro Nightow involved in the modern day use?

How did Yasuhiro Nightow react when he saw his creations on the latest gaming tech?

He likes the style of the game, not only the character style. He wanted more various action and gore-ness and I believe those elements are implemented well.

What is your favourite skin in the game, as there are a few like Death Ronin, Classic, and others.

The Brandon Heat skin appeared in the Gungrave series for the first time, and he has his own original motion and original demolition shot. I would say this is more of a character than a skin. For Death Ronin Grave, it will give you a unique vibe since Nakamura-san, who is an artist and a fan of Gungrave, did a reinterpretation of Grave in her way. Classic and O.D. skins bring nostalgia to many. It’s not just about Grave but memories of yourself back then, songs, movies, fashions, etc. that were hot during those days, remind me of those. Now that I said out, all skins look good to me.

As the game releases soon, have you a message for our readers?

Thank you for waiting for a long time. Gungrave G.O.R.E inherited all the pros from its previous versions while adding various system and large volume of numbers which made it the biggest in volume among all Gungrave series. I am hoping you enjoy the game so much we can make the next one in the future. If you want an explosive action game, please play it.

Thank you Kay Kim for taking the time to chat and share the reveal of O.D. Grave! We hope you’re looking forward to playing Gungrave G.O.R.E on Xbox One and Xbox Series X|S as well as with Xbox Game Pass and PC Game Pass today. 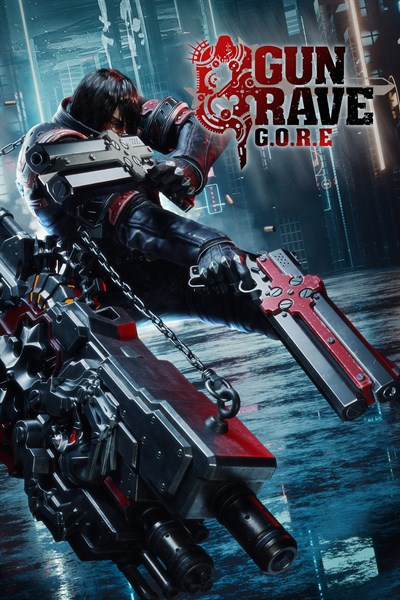 ☆☆☆☆☆
99
★★★★★
$49.99
Get it now
PC Game Pass
Xbox Game Pass
Gungrave G.O.R.E is a stylish third-person action shooter by South-Korean Studio IGGYMOB in which you take on the role of Grave, a gunslinger of resurrection and badass anti-hero of your dreams, mowing down tons of enemies in a gory ballet of bullets.

G.O.R.E
As the titular Gunslinger of Resurrection, you become the badass anti-hero of your dreams, an ultimate killing machine, brutalising your foes without mercy. Taking cover and retreating is not an option for Grave, he only ever goes full steam ahead, preferably right through his enemies.

Style on your foes with gun-tastic stylish combat
Stylish third-person shooting meets close-range martial arts, creating seamlessly flowing action as you crush your enemies in a gory ballet of bullets. Utilise your unlimited ammo Cerberus pistols and your transformable EVO-coffin to unleash devastating combos in pursuit of maximum damage and style.

Let there be Vengeance
Strap in for a wild ride, an epic & emotional story of vengeance, love and loyalty, with more than 12 hours of gameplay in the story mode, for Gungrave fans and newcomers alike.

Enjoy the Scenery
Go on an epic adventure across South-East Asia, based on real-life locations with a dark, futuristic twist.

Related:
Coming to Xbox Game Pass: Gungrave G.O.R.E, Warhammer 40,000: Darktide, Dune: Spice Wars, and More
The Chant: Will You Awaken from this Spiritual Nightmare
The Last Oricru Reminds You Why You May Want to Call a Friend 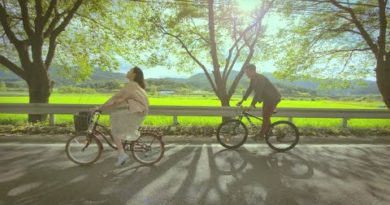 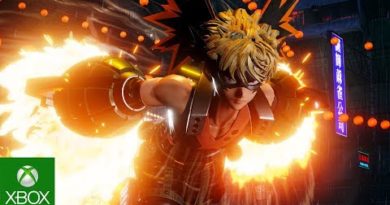 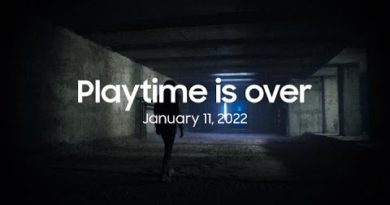 Exynos: Playtime is over (Trailer) | Samsung