O2 has today announced pre-sale tickets for the eagerly awaited Frozen The Musical will be available exclusively to customers via the Priority app for 48 hours from 10am Monday 27th January.

Priority on O2 provides an excellent opportunity for theatregoers of all ages to embrace the wonder-filled world of Arendelle, experiencing the magic of this beloved story, delivered with ground-breaking set design, incredible special effects, beautiful costumes, thrilling choreography, and sensational stagecraft.

Frozen The Musical is brought to the stage by a multi-award-winning creative team, led by Tony® and Olivier Award-winning director Michael Grandage, with book from Academy and BAFTA-Award winning Jennifer Lee, featuring the cherished songs from the original film, alongside a brand-new score from Kristen Anderson-Lopez and Robert Lopez, the Grammy and Academy-Award®-winning songwriters behind the global phenomenon ‘Let It Go’.

O2 is proud to support Disney’s Frozen The Musical with a host of invite-only moments exclusively for Priority customers including early access to ticket sales, giveaways, money-can’t-buy experiences, and much more.

Rachel Swift, Brand & Creative Director at O2, said: “Priority is all about offering our customers exclusive experiences, with a wide range of amazing opportunities across sports, music and entertainment. Frozen The Musical – one of the biggest West End openings in recent memory – is the latest example of our commitment to continue to reward our customers for their loyalty with the chance to get their hands on some of the most sought after theatre tickets. We look forward to offering our customers more experiences for Frozen The Musical throughout the year.”

Priority is exclusive to O2 customers and brings a collection of invite-only moments to help them do more of the things they love. From exclusive treats and experiences, to early access to the most sought-after tickets in entertainment.

Customers can download the Priority app via the app store, or by texting PRIORITY to 2020. For more information, search Priority on O2.

Audiences can learn more about Frozen the Musical at FrozenTheMuscial.co.uk.

The post Frozen The Musical pre-sale tickets available exclusively for O2 customers via Priority from Monday appeared first on O2 The Blue. 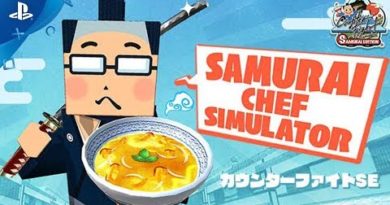 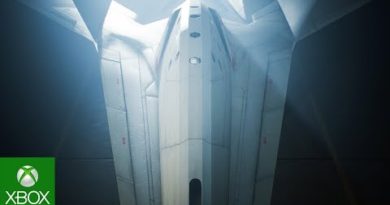 May 23, 2019 Duncan Nagle Comments Off on Ace Combat 7: ADF-11F DLC Trailer
We use cookies to ensure that we give you the best experience on our website. If you continue to use this site we will assume that you are happy with it.Ok