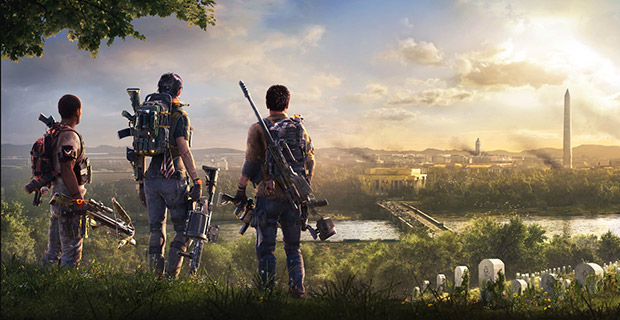 Urban warfare gets a serious upgrade in The Division 2. Unveiled at E3 2018, the follow-up to Ubisoft’s tactically rich co-operative online shooter expands upon the original, featuring a larger city, more varied environments, and deeper endgame content than its popular forbear.

Set six months after the initial outbreak, The Division 2 paints a grim picture. While agents tried their best to contain the disease that sparked the apocalyptic turn of events detailed in The Division, their efforts were unsuccessful. The pandemic that wrecked Manhattan spread, eventually infecting major metropolitan cities around the globe – including Washington D.C., the primary base of operations for the Strategic Homeland Division.

Nature has been disrupted. Failing city grids and inclement weather have led to widespread flooding. Lawless factions rule the streets, terrorizing civilians struggling to survive. D.C. is in total disarray, inching towards an unrecoverable state of post-apocalyptic turmoil. With Division HQ offline, it’s up to you and your fellow agents to make your way through the dangerous streets in the heat of summer to restore critical infrastructure and save the city from becoming another casualty.

That won’t be easy. D.C. is 20% larger than the midtown Manhattan of The Division. Players will have to fight through a half-dozen different regions, including commercial areas, the suburbs of Georgetown, flooded districts, historical sites, and residential areas where persistent survivors fight to protect what little they have left.

We learned firsthand how difficult this task will be during a hands-on gameplay session. Joined by three other agents, we set out to take down the True Sons faction occupying the remnants of a downed Air Force One.

Immediately, it became clear that Ubisoft poured a great deal of time into building out the world of The Division 2. Bombed-out buildings, detritus littering the streets, smoke ominously rising off in the distance – D.C. in an unwelcoming place. You can feel danger lurking around every corner.

Luckily, our squad was made up of Specialists. Unlocked once players reach the endgame, each Specialist has a signature weapon and skill. In our case, that meant playing as a Survivalist equipped with an explosive crossbow and a Chem Launcher. Combine the two, and it’s a portable firestorm.

Toting that kind of power doesn’t mean you can run headlong into firefights. The Division 2 emphasizes thoughtful, cover-based combat, strong team communication, and on-the-fly strategy. Our team split up when entering an abandoned office building, two agents heading upstairs while two inched closer to a gang threatening some hostages. One Specialist caused a distraction with a controllable drone; as the enemies shot wildly in the air, our two agents on overwatch laid down suppression fire to give the two on the ground time to flank. A quick, brutal skirmish later and we had freed the hostage and located some sweet Division loot.

We faced stiffer competition once we reached Air Force One. It was quite a sight – the presidential plane in pieces just yards from the footsteps of the Capitol building set a gloomy mood. Freeing the area from the grip of the True Sons required a lengthy, protracted firefight against waves of cagey enemies, including heavy soldiers outfitted with potent armor and guns shooting a sticky, glue-like substance that could briefly immobilize us.

Again coordination and communication were key. Two agents flanked around the side of the plane, while we snuck up onto one of the wings to gain some high ground. This was also a perfect time to use the Chem Blast, firing a gassy cloud near groups of enemies and igniting it with a well-placed shot.

The action was fast and hectic, and the enemies proved tougher than we had anticipated. You can revive downed teammates in The Division 2, but you’re also responsible for your own well-being through smart use of bandaging and knowing when to take cover (i.e. as frequently as possible). Running out in the middle of a fight is a surefire ticket to respawn.

Just when it looked like we’d need to restart the mission, one agent called in civilian backup. While the gutsy AI didn’t overrun the enemies, they proved enough of a distraction to give us time to regroup, reload, and coordinate one final push. Eventually, we won out, reaping more cool gear and guns.

It was great fun, but as with any persistent online shooter, the experience really starts once you reach the end. Ubisoft is taking that challenge head on with an aggressive downloadable content plan. Every three months, The Division 2 will get a new batch of story missions, locations, activities and more – all entirely free of charge.

You can squad up and contribute to D.C.’s revival when The Division 2 hits the Xbox One on March 15, 2019. Until then, check back with Xbox Wire as Ubisoft releases more info leading up to the game’s release.

Related:
E3 2018: The Only Thing We Have to Fear is Lara Croft in the Stunning Shadow of the Tomb Raider
“Alpha – Skip Ahead” Ring Now Open to Alpha Xbox Insiders
E3 2018: Bethesda Showcase Recap 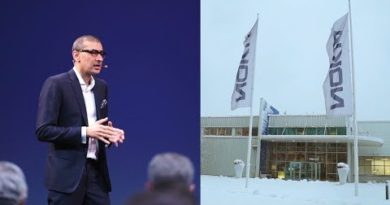 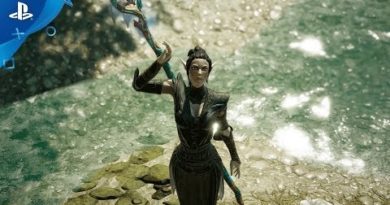