Hello, Xbox Insiders! Team Xbox is dedicated to bringing quality experiences to each and every member of the Xbox community, both on Xbox Live and elsewhere. With that in mind, we’ve recently started offering more content translated for a broader range of languages in the Xbox Insider Hub. This effort is a direct response to feedback received from many of you in non-English-speaking regions who were looking to provide more feedback on new features, games and more as an Xbox Insider.

If you’re a member of the Xbox Insider Program and have been using your Xbox One in a language other than English recently, then you’ve likely noticed some of the changes we’re talking about. Nearly all the Feature Quests offered in the past month were translated into all Xbox One console languages, and the plan is to keep that momentum going. Not only are we translating Quests and Surveys for specific features, but we’re also launching a suite of translated Quick polls so you can grab up some XP quickly and help us to make the translated content the way you want it.

This success isn’t ours alone, however; it also belongs to you! Not only did you ask for more translated content, but you also rose to the occasion when we began meeting that request. We’ve seen loads of Quest and Survey participation from you all, including a great turnout for our language quality-specific content, which helps us assess and improve the quality of translations offered across the Xbox One dashboard, Guide, Apps and of course Games!

Whether you’re a long-time Xbox Insider or brand new to the program, we look forward to hearing more from you and truly value your feedback. If you haven’t had the chance (or didn’t know that we’ve begun translating much of our content), please take some time to check out the Xbox Insider Hub and complete whatever Quests, Surveys and Quick polls appeal to you.

Related:
Choose Your Own Rewards in World of Tanks Throughout May
The Xbox Insider community is moving–join us at r/xboxinsiders!
Integrating Mixer into Action-Adventure Game City of Brass

Promotes Social Equity by Transforming Healthcare in Kenya through ICT 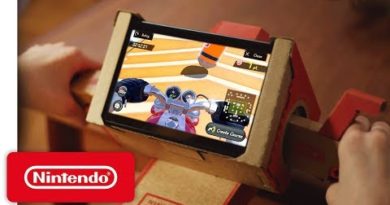 Make, Play, and Discover with the Nintendo Labo Variety Kit

April 20, 2018 Duncan Nagle
We use cookies to ensure that we give you the best experience on our website. If you continue to use this site we will assume that you are happy with it.Ok