In Wasteland 3, a journey of (at least) 80 hours begins with a single… character select screen. This isn’t an exaggeration; as soon as you start a new game and watch the opening cinematic, you’re immediately staring at Yuri and Spence, two of the pre-rolled Rangers you can start your adventure with.

This is a big decision, as you’ll be spending dozens upon dozens of hours with these characters. So as someone who’s been taking these pre-built characters out for a spin, as well as rolling a few of my own, here’s what I’ve learned.

The pre-rolls are safe picks, and there’s no harm in choosing from them. Looking at the myraid traits and abilities, you may not know what these elements are (especially more esoteric stuff like “Weird Science”). So even if you think you want to run with a pre-roll duo, it’s worth poking around the character creator just to learn more about different Attributes, Skills, and Quirks, so you can optimize these characters as they level up.

Starting up a near-final build of the game, I decided to delve into customization to make the characters I knew I’d enjoy playing. Besides obvious customizables like name, appearance, and voice (Joker here!), the first choice of consequence is to select your characters’ background from a variety of options such as Grease Monkey (bonus damage to robots and vehicles) and Explodomaniac (explosive damage bonus +15%),  less transparent choices such as Mannerite (referencing a religious cult from Wasteland 2, granting “Kiss Ass” +1) and Goat Killer (critical change +5%??). The important thing is to peruse the descriptions, they’re a fun read.

Now you get into the meat of the customization suite, selecting starting weapons (from all manner of projectile and melee weapons), Attributes, Skills, and an optional Quirk. When selecting, I recommend creating complementary characters; this allows you to explore more of what the game has to offer from a combat perspective, as well as to offer more options as you explore Colorado and engage its denizens.

A great example from the pre-roll creators is the Father and Daughter starters, who I played with through the backer beta last spring. They balance a nice mix of long-range and close-range attacks, with a head start on stealthy skills. Beyond just battle variety; having characters who specialize in Mechanics, Leadership, intimidation (Hard Ass), will help open up more ways to resolve conflicts than just shooting. Don’t worry, there’ll be plenty of that too.

Applying that concept to starting weapons, balance this variety with the type of game you like to play. Mix a brawler, with a sniper. An explosive expert with a melee character. Just note that weapons have varied Action Point costs. At the outset, a Sniper is only going to get off one shot per turn, with very little mobility. Meanwhile, a Small Arms specialist will be flitting around the field to flank entrenched enemies, liberally utilizing items, or even getting a few shots off in a single turn. Either way, know that you’ll have a chance to experiment with a wide range of armaments relatively early in the game, so you don’t need to spend an hour deliberating, as I did.

Once you’ve selected that starting weapon, build appropriate attributes around it. While we’d all love to be strong, Awareness is a more important trait if you selected sniper rifle as your starting weapon. Note that even decidedly un-dangerous-sounding attributes such as Charisma are valuable, increasing your Strike abilities (which are chargeable super attacks), as well as allowing you to gain more experience in battle.

Next, you’ll allocate points into Skills, where things can get a bit overwhelming. That’s ok! Know that you only have four points to spend here and you’re probably never going to max them all out, so focus on three or four skills per character  that are likely to meet your play and personality style. Generally, the only good time to overlap is with First Aid, or if you really want multiple characters to specialize in the same weapon types. And do *not* forget social skills, even Level 1 skills have value early on. As far as things like Toaster Repair, know that everything has value… eventually.

Finally, you can choose a Quirk – these are optional, but super interesting. Think of it as a step forward/step back. A good example is Sadomasochist – you deal 33% more melee or ranged damage… but also receive 33% more damage for that “glass cannon” feel. Unlike skills and attributes, once you choose a Quirk, you’re stuck with it. Of these Faustian bargains, “Waste Roamer” seems like the best deal, granting 100% resistance to a wide variety of nasty conditions at the expense of 15% less experience- especially when paired with the Bookworm background which nullifies a third of that penalty. Or for pure entertainment value, consider selecting Mime – their character will behave like a mime, including pantomiming all their weapons for the whole game!

However you choose, don’t put too much pressure on yourself. You’ll fill out your cast with a large, colorful group of recruits who are likely to buttress your weaknesses or augment your strengths. You’ll even get another shot at customizing characters a couple hours into the game, when you’ll likely have a better feel for your tastes (and perhaps a rocket launcher in your inventory that your existing characters can’t use). So most importantly, select, or create, characters who you enjoy spending time with. Because you’re going to spend a lot of time with them!

Wasteland 3 launches for Xbox One, Windows 10, and Steam, including Xbox Game Pass for Console and PC on August 28th. Those who have pre-ordered or are Xbox Game Pass members can pre-download now, and be ready for launch time. Good luck out there!

Madden NFL 22 Brings the Game Day Experience Right to You 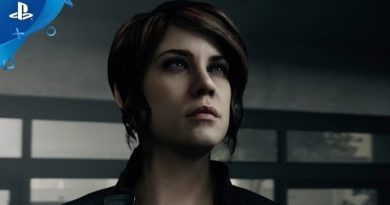 August 21, 2019 Duncan Nagle
We use cookies to ensure that we give you the best experience on our website. If you continue to use this site we will assume that you are happy with it.Ok