The driving force for makers of online RPGs is the promise of endless new worlds. When we recognized the vast possibilities of voxels in that pursuit, Trove was born.

Trove is a free-to-play action RPG and MMO with a big dose of creativity and exploration. Adventure in procedurally generated worlds with friends, delve through dungeons for epic loot, and then return to your home world to build a monument to your creativity and power. Ever since we first played Trove on a controller, we’ve been dreaming of bringing it to consoles, and we’re proud to say that launch on Xbox One is just around the corner.

The backbone of Trove is adventure, with 14 classes that you can level up, gear up, and power up. You can swap between them at any time, be it PvE or PvP, and each has its own set of unique abilities. And in addition to the ever-evolving worlds to explore and conquer, we wanted to provide players with the tools to create.

Reshape the open world with the tools of creation, like solving dungeons by building a stairway exist or customize your mobile base to serve your needs as you continue your adventure. If you have greater construction aspirations, Club Worlds are vast, instanced worlds you can share with friends. Think of it as a fully customizable sandbox for creating wonders, like meeting halls, towering monuments, recreate your favorite locations from the real world, or build PvP Battle Arena maps to test your mettle.

While that makes up the core of the gameplay, Trove is really all about the community. Starting with our very early testing of Trove on PC, we’ve been absolutely amazed by the talent and passion of our streamers, content creators, and gamers. It’s incredibly exciting to see this same passion from the Xbox One community.

The feedback from our beta testers has been absolutely stellar in helping us identify ways to improve the game for everyone. At launch on Xbox One, Trove will be a better game than it has ever been, thanks to all of you.

On March 14, we’ll unleash the live version of Trove upon the world, with a massive update to integrate much of your feedback into the game. Of course, it doesn’t stop there. We have tons of new content, features, and improvements on the way throughout 2017 and beyond.

Also, as a thank you for our dedicated beta players, if you log in any time during the beta, you’ll be granted a Trovian Tumbler mount at launch.

See you in Trove!

Related:
Play Battlefield 1 Free This Weekend Only With Xbox Live Gold
New Investments for Xbox Developers and Gamers Kick Off GDC 2017
Time to Escape (Again) in The Escapists 2 on Xbox One This Year 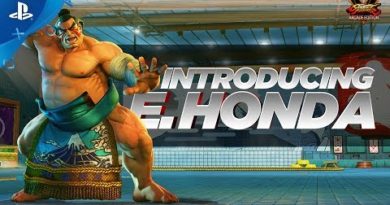 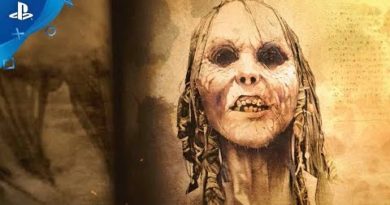 God of War – The Lost Pages of Norse Myth: Manifestation of The Revenant | PS4

September 29, 2017 Duncan Nagle Comments Off on God of War – The Lost Pages of Norse Myth: Manifestation of The Revenant | PS4
We use cookies to ensure that we give you the best experience on our website. If you continue to use this site we will assume that you are happy with it.Ok