It’s finally Madden season! Madden NFL 21 is officially available everywhere, so grab your copy now. This year, Madden 21’s cover is graced by the face of a new generation of rising NFL talent, Baltimore Ravens QB, Lamar Jackson. And just like the league’s reigning MVP is changing the game, Madden 21 is bringing innovative changes and fresh new features to your fingertips. So, without further ado, here are the top five new and improved features in Madden NFL 21.

A backyard-inspired 6v6 football experience, The Yard is a brand-new mode in Madden that’s all about trick plays, the freshest gear you’ve ever seen, and a bold attitude. Create wild gameplay moments and swag out your custom Avatar while earning rewards along the way. The rising generation of NFL stars has been dropping dimes and creating in space way before they got to the league. Now, it’s your turn.

Face of the Franchise: Rise To Fame

Push the limits of your legacy in this new playable documentary career mode. For the first time ever in Madden, kick-off your career as a high school QB and choose to pivot to HB or WR in college and shatter expectations as you rise to Hall of Fame immortality, in a way that only you can.

Developed to inspire creativity on and off the field, Innovative new gameplay enhancements in Madden NFL 21 offer new levels of ingenuity and control on both sides of the ball. Get crafty with the all-new Skill Stick ball-carrier system. Chain together evasive skill-moves like stop-on-a-dime, stutter step, spin, slide-hurdle, and dead-leg for brand new combinations that set up amazing gameplay moments.

On defense, feel fully in control with specific pass rush moves and combos all on the new Skill Stick. Strategy is crucial, as o-linemen now build resistance to repeated moves. Diversify your play calling to outsmart Adaptive AI adjustments that counter your tendencies in new ways. Tackling advancements like breakdown tackles and location-based tackles around the pylon and first-down markers allow for all-out precision on defense.

Over 50 New Superstar and X-Factor Abilities

Explore over 50 new Superstar and X-Factor abilities, fresh out of the lab designed to elevate the stars of a new generation. The game-changing ability system that took Madden 20 to new heights just leveled up. From new X-Factor abilities like Ankle Breaker and Avalanche to new Superstar abilities like Adrenaline Rush and Second Wind will give you play-by-play edge over your opponents in clutch moments. Shift the momentum by entering the “zone” or knocking your opponent out of the “zone” as ability strategy is now more key than ever to running up the score.

So what are you waiting for? Go all out in Madden NFL 21 today!

Related:
Grab Your Clubs and Hit the Dance Floor: PGA Tour 2K21 is Available Now
EA Sports UFC 4 Kicks off with a Bang Plus Virtual Fight Card
A Closer Look at the Upcoming FIFA 21, Available for Pre-order Today on the Microsoft Store 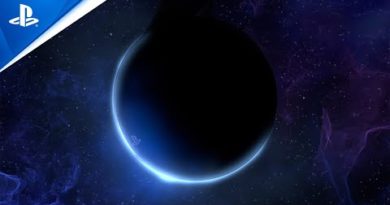 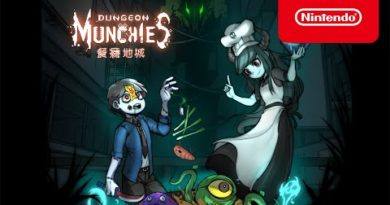 December 15, 2021 Duncan Nagle
We use cookies to ensure that we give you the best experience on our website. If you continue to use this site we will assume that you are happy with it.Ok