Exploring Grounded’s Arachnophobia Mode
Grounded, the new survival game from Obsidian Entertainment is available tomorrow on Xbox Game Preview with Xbox Game Pass and Steam Early Access. In the game, players wake up in a suburban backyard after being mysteriously shrunken… Read more

Flying Home with Microsoft Flight Simulator
Growing up, my brother and I shared a room with a bunkbed. Every so often we’d pull out the bottom mattress, set up the family computer under the top bunk, grab a couple chairs to make our cockpit and play Flight Simulator together… Read more

Microsoft Flight Simulator to Launch on Steam on August 18; TrackIR and VR Supported
In addition to availability on Windows 10 and Xbox Game Pass for PC (Xbox Game Pass for PC is currently in Beta), Microsoft Flight Simulator will also be coming to Steam on August 18. We are thrilled to announce that Steam pre-orders for the… Read more

Ashen Lords Land on the Sea of Thieves in July’s Free Ashen Winds Update
This month’s Sea of Thieves content is being served up hot – literally! Captain Flameheart’s manipulation of Stitcher Jim, Duke and countless other pirates on the seas has finally granted him the knowledge and resources he needs to transform some… Read more

Get Ready to Unleash Swimsanity! on August 7
We are beyond excited to announce to you the release date for our inaugural Xbox One title. Swimsanity! is a multiplayer underwater shooter with action-packed co-op and versus game modes, all supported by online and local play. You play as our hero… Read more

Dirt 5: Codemasters Art Team Reveal Details on Stunning Racing Locations
Bolder. Brighter. Bigger. For Dirt 5, the latest off-road racing game from us here at Codemasters, launching on Xbox One and Xbox Series X, those three beautiful Bs have been our mission statement. Every aspect of Dirt 5 aims to be more ambitious than… Read more

Crypto-137 and Orthopox Return: Destroy All Humans! is Available Today on Xbox One
Attention inhabitants of Planet Earth! Destroy All Humans! launches this week as part of ID@Xbox Summer Spotlight Series! Before you hop into your flying saucer, I think it’s important to acknowledge the 15 years that have passed since the game’s… Read more

Enter the Beautiful, Dark World of Othercide on Xbox One
Othercide’s production has come to an end, and I think it’s a good occasion for me to talk about the art direction of the project, what we went through and why. Our dark tactical RPG is coming to Xbox One today and will present players a challenging war… Read more

Play Disintegration Free This Weekend and Reboot Humanity
Have you ever wanted to pilot a heavily armed hovercraft while commanding a squad of ground units with special abilities? Well, we’ve got a game for you: Disintegration. And the best news? You can play it for free this weekend on Xbox One, from July 30 to August 2… Read more

Blast Your Way to the Top in Rocket Arena Season 1
Ready your rockets — Rocket Arena: Season 1 is approaching fast! Prowl the arena with cat-loving super genius Flux, earn loads of new rewards, launch into ranked play and practice your rocket jumps because the first event begins on August 12… Read more

Radiant Stars will Rise in the Latest Paladins Update
The newest Paladins update features a Battle Pass powered by the energy of the cosmos itself! The age of Darkness comes to an end, banished to the horizon by the cleansing light of Radiant Stars! Called forth from the heavens, the Radiant Stars… Read more

New Games with Gold for August 2020
Get ready for the Games with Gold August lineup! On Xbox One, shape your hero and your destiny in Portal Knights and level buildings with gigantic battling robots in Override: Mech City Brawl. On Xbox 360, and Xbox One via Backward Compatibility… Read more

Journey Through the Wastes of Hell in Neverwinter: Avernus
The fall of the Vallen has family and the descent into the realm of fiends was just a taste of the infernal adventure that awaits you in Neverwinter: Avernus. The latest module for heroes of the Forgotten Realms continues the story introduced in Infernal Descent… Read more

Yakuza Kiwami 2 Launches Today for Xbox One, Windows 10, and Xbox Game Pass
Last November at Microsoft’s X019 showcase event, we announced Sega / Ryu Ga Gotoku Studio’s Yakuza series would be heading to Xbox One with the future release of Yakuza 0, Yakuza Kiwami¸ and Yakuza Kiwami 2. Since then, we have worked hard… Read more

Enter the Wonderverse in DC Universe Online
Fragments of the Source Wall, a solid barrier surrounding the Multiverse, are raining down on the island nation of Themyscira. The Amazon’s magnificent home is now dimensionally-patchworked as the multiverse they once knew is collapsing and merging… Read more

Lost Wing: Speed, Action, and High Scores Come to Xbox One Today
Hooray! Our first major game is ready for release. I’m Tim Ash from BoxFrog Games and we have been working like crazy with our amazing partners at 2Awesome Studio to finish Lost Wing, and the end is in sight with a release today on Xbox One… Read more

The Peaceful Experience of Merchant of the Skies is Available Today on Xbox One
I always admired peaceful games, but found it very challenging to make one. The combat and rivalry is something that makes the game experiences exciting and I could not find a way around it. This has all changed when I started working on Merchant of the Skies… Read more

Battletoads Incoming! Anarchic Amphibians Arrive August 20 with Xbox Game Pass
It’s been quite a while — 26 years, in fact — but at long last, the Battletoads are ready to morph, leap and smash their way back into the limelight for an all-new adventure helmed by Dlala Studios and supported by series creator Rare, a partnership first teased… Read more

Drop into PUBG Season 8 and Experience the Remastered Sanhok, Loot Truck, and Survivor Pass
Summer is in full swing here at PUBG and we’ve carried that spirit into Season 8 with our remastered jungle map, Sanhok! Sanhok made its debut back in 2018, and with fresh eyes, the island has undergone massive changes with brand new features that… Read more

Next Week on Xbox: August 4 to 7
Welcome to Next Week on Xbox, where we cover all the new games coming soon to Xbox One and Windows 10 PC! Every week the team at Xbox aims to deliver quality gaming content for you to enjoy on your favorite gaming console. To find out what’s… Read more 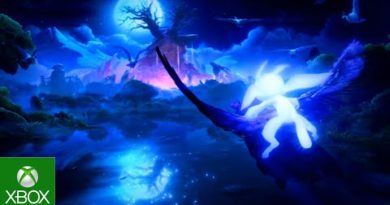 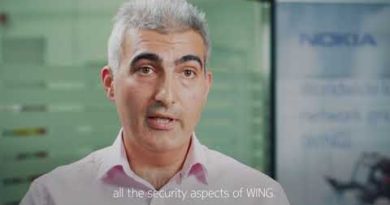 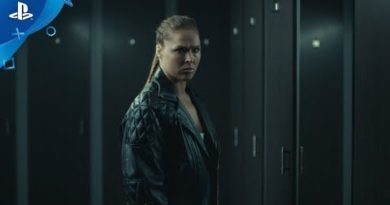 July 11, 2018 Duncan Nagle Comments Off on WWE 2K19 – Ronda Rousey Pre-Order Trailer | PS4
We use cookies to ensure that we give you the best experience on our website. If you continue to use this site we will assume that you are happy with it.Ok