The Inspiration Behind Thief Simulator, Available Now on Xbox One
In contrast to reality, you can be whoever you want and do whatever you want in a video game — even in a case, when it’s not necessarily socially accepted or even legal to perform a given action. Keeping that thought deep in our minds, we wanted to make a game where… Read more

New Class Introduced in Warface on Xbox One: Enter the Robot SED
We are super excited to announce the release of a very special update for Warface on Xbox One. We daresay that it is the most game changing of all our updates as it alters the key system the game had till now – we have added a new, fifth class. Say hello to SED… Read more

The Agency is Calling! Play Fortnite Chapter 2- Season 2 Today on Xbox One
Play as a spy, join the forces of Ghost or Shadow, sabotage rival agents and take back the island in Fortnite Chapter 2 – Season 2, available now for all players on Xbox One. The new season features limited time ops, secret locations, a new Battle Pass and more… Read more

Free Play Days – Valkyria Chronicles 4, Naruto to Boruto: Shinobi Striker, and Shining Resonance Refrain
A continent is engulfed in the bitter flames of war in Valkyria Chronicles 4, the Naruto franchise returns in Naruto to Boruto: Shinobi Striker, and it’s up to your squad to stop an Empire from exploiting the power of dragons in Shining Resonance Refrain. It’s another lineup… Read more

Announcing the Living Ship Update for No Man’s Sky on Xbox One
No Man’s Sky enjoyed a really big year in 2019. The release of the Beyond update in August saw, among many other things, a major overhaul to multiplayer and Xbox One players have always formed a major part of our online community… Read more

Take on the Wildest Landscapes in SnowRunner with Your Very Own Customized Vehicle
SnowRunner, the ultimate off-roading experience and bigger, better sequel to MudRunner, is available for pre-order on Xbox One today from the Microsoft Store. SnowRunner is about three things: big trucks, tough roads, and combining the two for the most fun possible… Read more

Coming Soon to Xbox Game Pass for Console: Kingdom Hearts III, Yakuza 0, Wasteland Remastered, and More
We’ve got Kingdom Hearts III and Yakuza 0, and we’re not done yet. Two Point Hospital is premiering with Xbox Game Pass on day one of availability for console. We’re still not done, because Wasteland Remastered is also available to play the same day as its launch… Read more

Coming Soon to Xbox Game Pass for PC: Wasteland Remastered, Two Point Hospital, Yakuza 0 and More
After we added last week’s games, we’re including some more to fully take advantage of Leap Day (giving you an extra day of gaming in February we wish we could take credit for). We bring Yakuza 0, you bring the keyboards (we can hear those mechanical clicks from here)… Read more

Related:
Take on the Wildest Landscapes in SnowRunner with Your Very Own Customized Vehicle
The Inspiration Behind Thief Simulator, Available Now on Xbox One
Xbox Insider Release Notes – Alpha Skip-Ahead and Alpha Ring (2004.200220-0000) 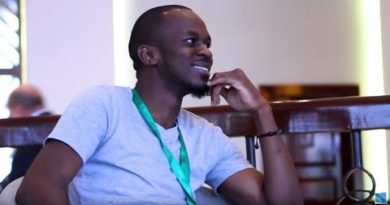 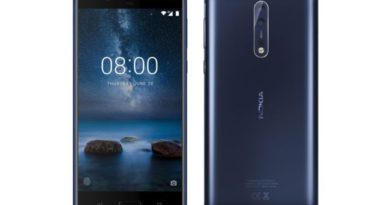 Nokia 8: Invitations sent for the 16th of August

July 26, 2017 Duncan Nagle Comments Off on Nokia 8: Invitations sent for the 16th of August

October 9, 2018 Duncan Nagle Comments Off on Updated version of Windows 10 October 2018 Update released to Windows Insiders
We use cookies to ensure that we give you the best experience on our website. If you continue to use this site we will assume that you are happy with it.Ok