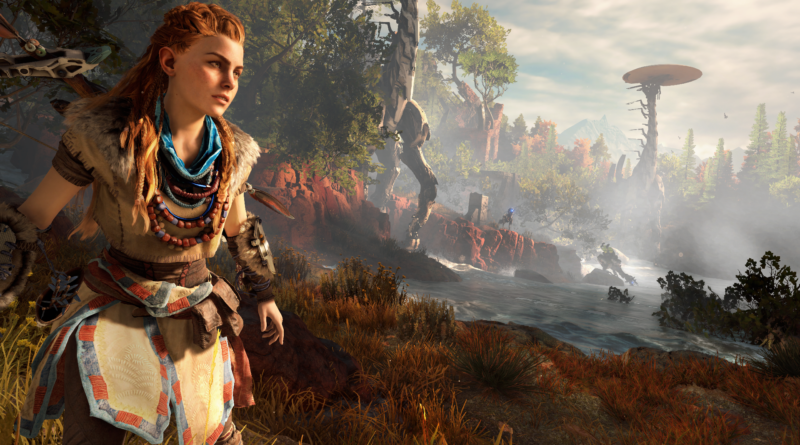 As we countdown to Horizon Zero Dawn’s release on 1st March, Guerrilla Games reflects on the creation of its action RPG, and shares stories about the key beats that shaped its new game. In part one, Art Director Jan-Bart van Beek, Lead Narrative Designer John Gonzales, Game Director Mathijs de Jonge and Managing Director Hermen Hulst talk the making of their heroine Aloy.

Between an impressive cosplay scene and massive fan art community, few outside of Guerrilla Games‘ could imagine the instant popularity of Horizon Zero Dawn‘s heroine straight out of the gate. Aloy’s rise has been incredible to observe, given that for most of the world she didn’t even exist until June 2015. It’s testament to her excellent design (something Horizon Zero Dawn is lavished with on a whole) – but like many iconic characters there’s a distinct feeling that Aloy wasn’t so much created… as she was discovered.

“In the initial concept art there was this young hunter with red hair,” says John Gonzales, Lead Narrative Designer. “And in one particular image she’s seated on a hillside looking out at this valley which has these ancient ruins… it seemed like she stepped out of the concept art and said ‘I’m going to be the lead character in this game’”.

Laying the foundations of icon 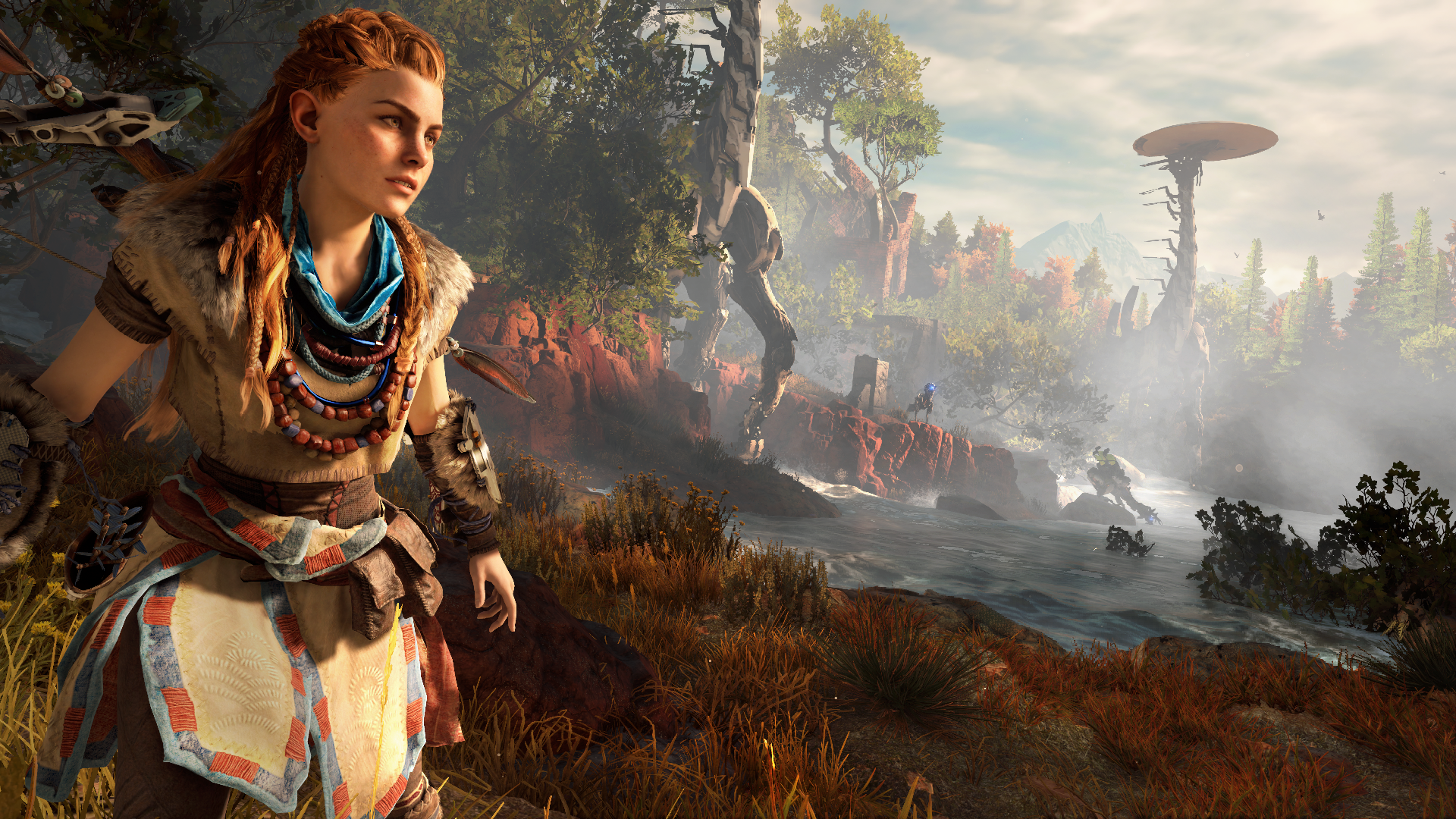 Integration between character, narrative and gameplay is something vital to any story driven title. But Guerrilla didn’t just have the creative muses pushing the charismatic flame-haired hunter to the fore – it also had a valuable and fundamental game design trick up its sleeve: the three pillars of what Horizon is about.

“Aloy was the first,” explains Mathijs de Jonge, Game Director. “Then she had to contrast against the other two: beautiful, lush nature and the machines. It was really important to make the whole thing feel coherent and deliver a unique experience to the player.

“At the beginning of the project we didn’t exactly know what the rules of the world would be, so between these pillars, Aloy had to be a very agile and fluid character, and the combat mechanics and stealth system had to be tight.” 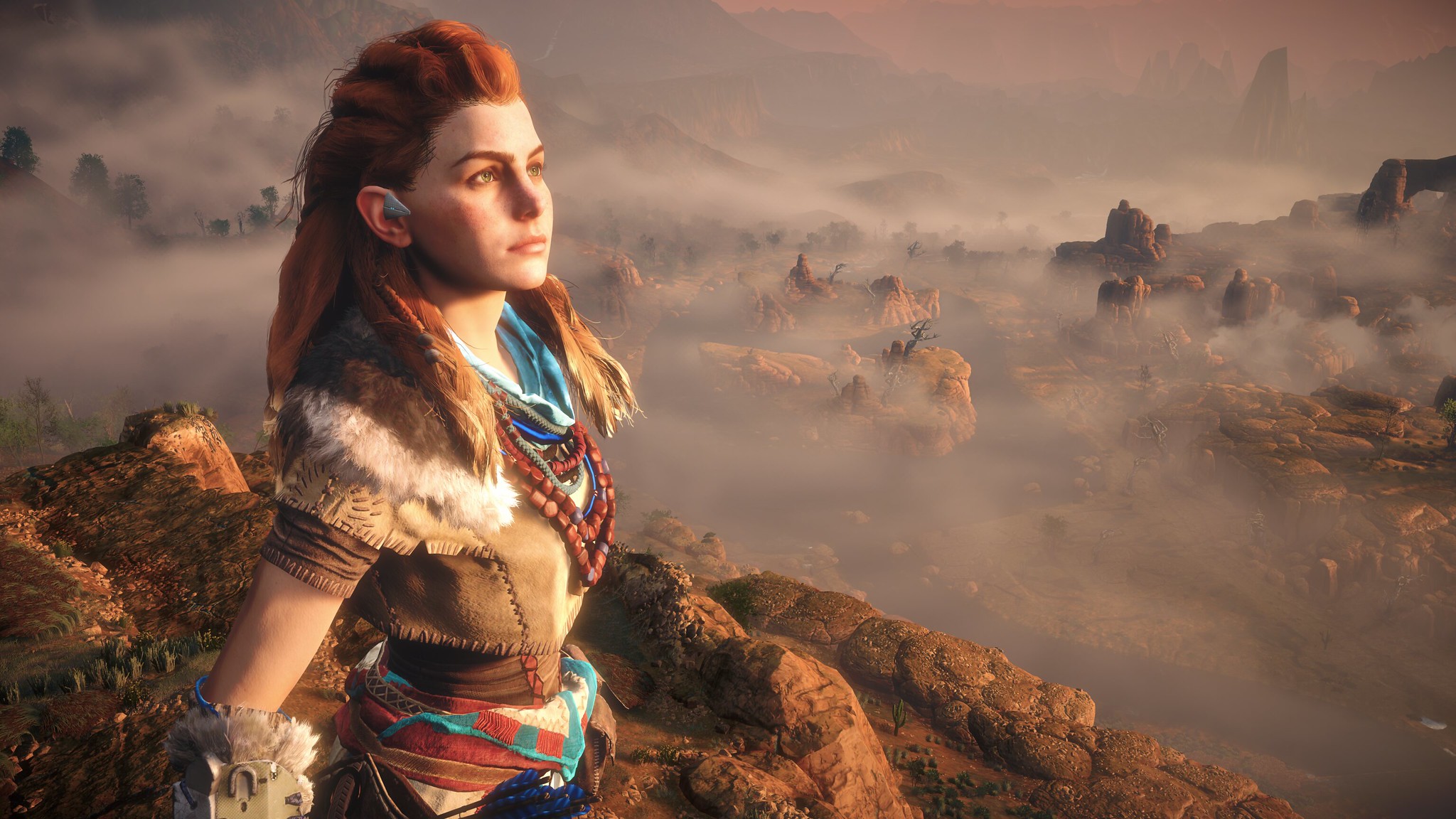 So, with the environment and scenario set, and Aloy’s visual presence forcing its way to the fore, there was another vital aspect in crafting the heroine’s personality – her voice. Enter BAFTA and Emmy nominated actress Ashly Burch. “We were especially fortunate to find Ashly,” says John. “Her voice transmits the three qualities we needed for Aloy.

“First is her incredible toughness and grit, that feeling of someone of substance and someone you wouldn’t want to mess with. Then there’s an intelligence and articulate wit that’s realised in Ashly’s voice. And finally there’s an underlying vulnerability and woundedness based on Aloy’s experiences growing up as an outcast, being out in the wild.

“Aloy is somebody who couldn’t help but dream of being accepted and belonging to a community but at the same time hating that same community for the treatment she’s experienced – there’s that conflict in herself about wanting to belong. And those are complexities that we as writers tried hard to understand, and to write it in subtle ways – but it wouldn’t work if we didn’t find an actress who could pull that off.” 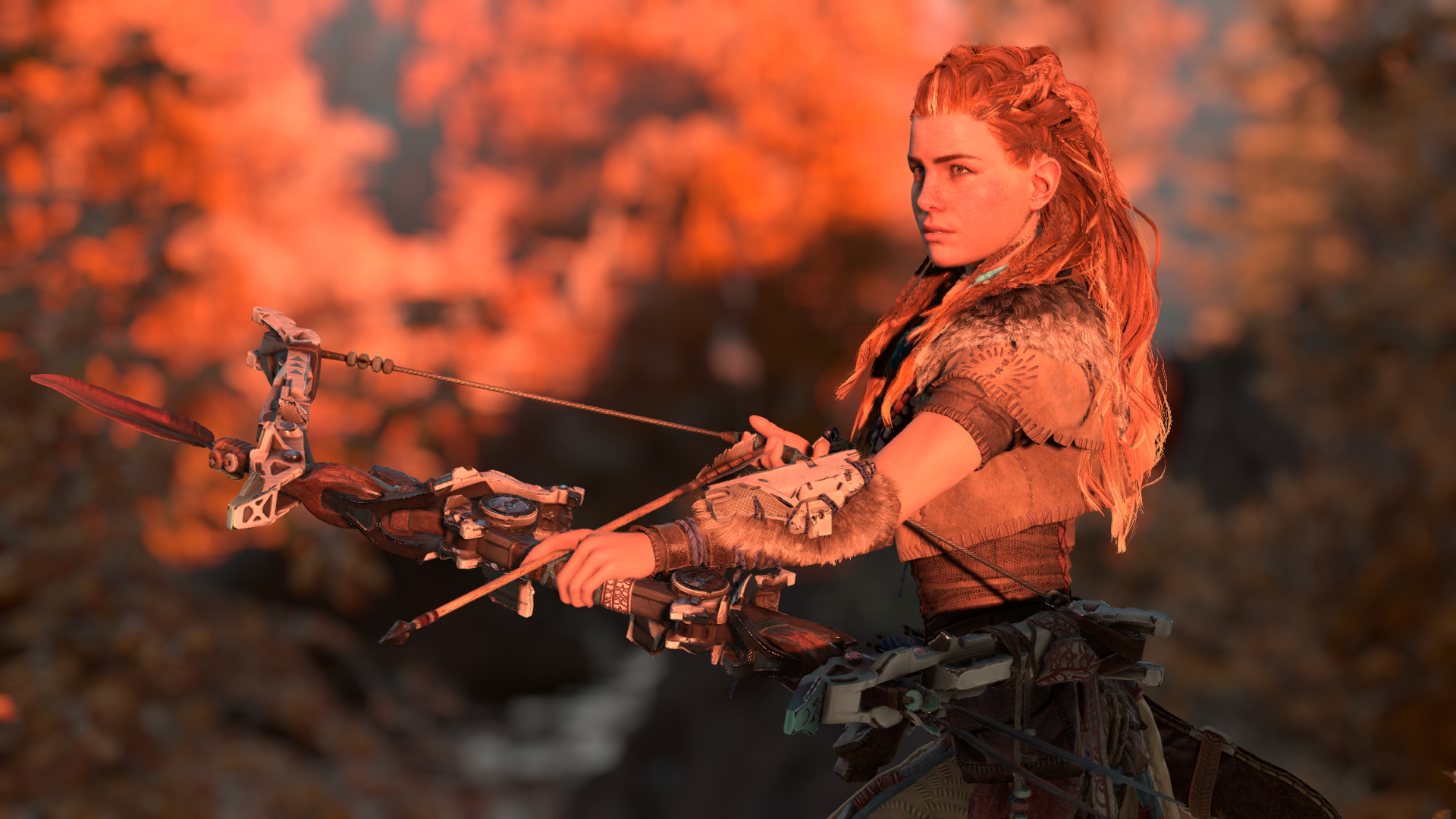 Of course, even with all of these important elements, there’s still one part which is vital to forging Aloy’s steely personality – you. The narrative driven flashpoints let you define Aloy by choosing her reaction to particular events. Essentially, you’re emoting through her, which can affect certain elements by the end of the game. So, choose wisely…

One of the first flashpoints is deciding how to react to Bast, a young boy who injuries Aloy with a rock during her formative years as an outcast. You can decide whether to retaliate with your own stone, discard your primitive missile, or disarm Bast from throwing another rock. And although Guerrilla has noted that most people seem to go for the last option, the team was not so quick to turn the other cheek.

“When it came to Bast, the thing which came most naturally to me was to whip the rock back at his head,” laughs John.

Managing Director, Hermen Hulst, agrees: “I’ve tried all the choices Aloy has to make through the game, but I admit I disliked the young Bast so much that I was actually harsh on him!” he chuckles. “I accepted the consequences of my actions!”

While not the main antagonist of the story, there’s clearly an important role for Bast which will be revealed as you play. And appropriately, just as Aloy is immediately likeable, Bast’s nasty qualities help create a classic contrast to heighten her charm, as noted by Art Director Jan-Bart van Beek: “When my girlfriend played that part of the game she immediately said that Bast was like Malfoy from the Harry Potter books,” he laughs. “I didn’t realise, but then said that I can kinda see that! There’s something instantly dislikeable about him.” 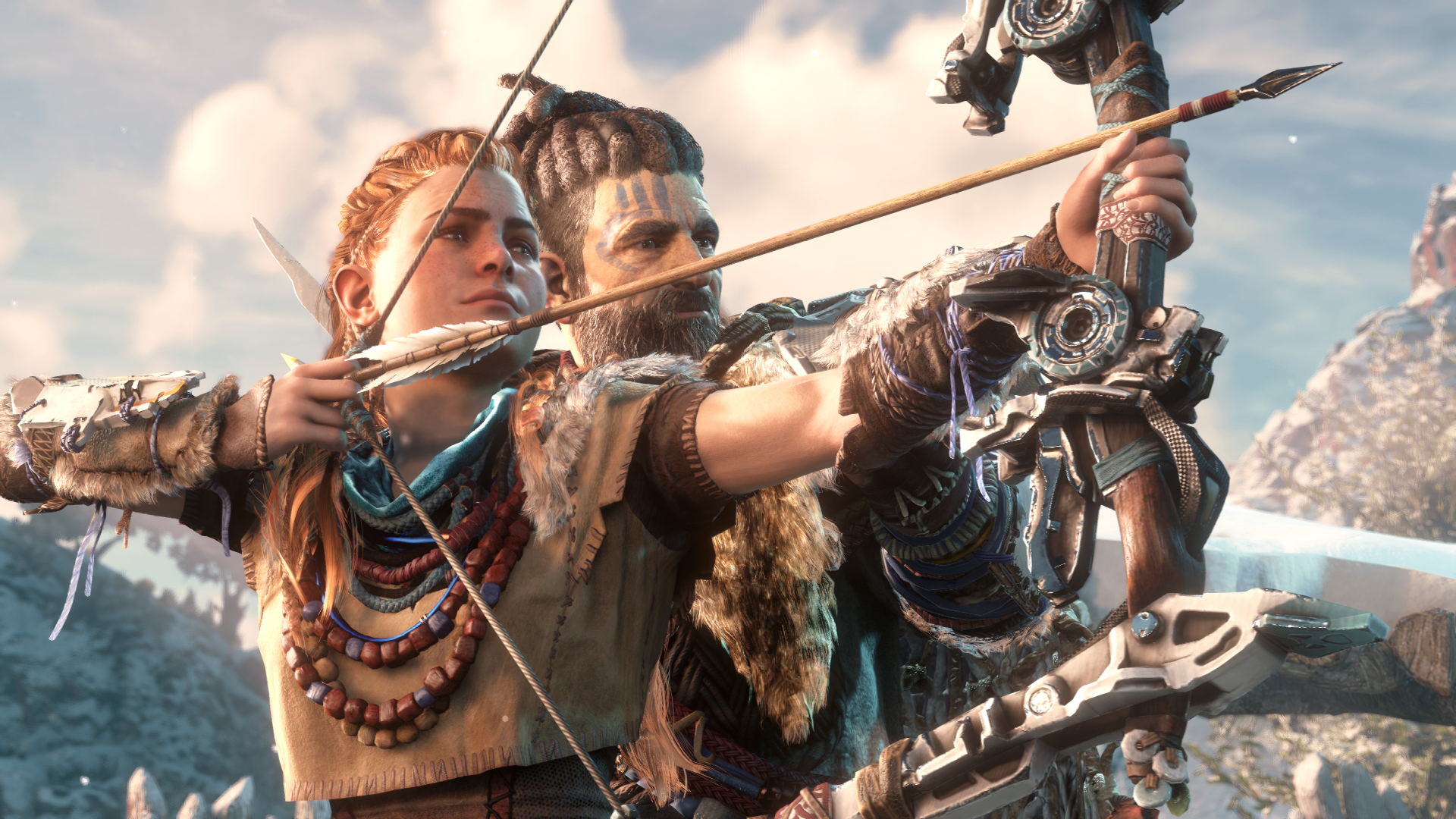 Regardless of how you define Aloy against characters like Bast, it’s clear that she will remain one of the main things most players will take away from Horizon Zero Dawn. Which is a remarkable achievement for a new property, and something Guerrilla is especially proud of.

“We focused really hard on creating the best possible character we could,” says John. “We never thought that it would be a selling point that we’re having a female protagonist, we thought it would be more a selling point that you’re being the best possible person and character to play as in this world. People who have played the game so far seem to really enjoy being Aloy.”

And being Aloy is definitely something people want to be, as proved by the growing number of them attending conventions, eagerly awaiting the game’s launch and… exploring Guerrilla Games’ studio, waving and chatting to the team who created her.

“Things like the cosplay gives us this feeling that Aloy is a character that people really want to become,” smiles John. “There’s something about her that they find in terms of visual design, abilities and story that they want to immerse themselves in. That’s really exciting and inspiring.”

The post The creation of Horizon Zero Dawn’s Aloy, as told by Guerrilla Games appeared first on PlayStation.Blog.Europe. 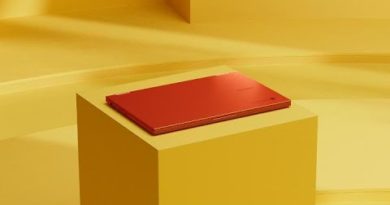 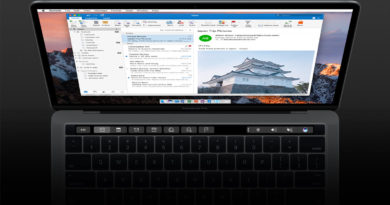 January 14, 2021 Duncan Nagle
We use cookies to ensure that we give you the best experience on our website. If you continue to use this site we will assume that you are happy with it.Ok