We’re excited to announce that The Ascent will be available with Xbox Game Pass at launch in 2021. Developed by Neon Giant and published by Curve Digital, The Ascent will target 60 fps and full 4K on the Xbox Series X, offering amazing gameplay performance for the new generations of console players.

We want to give you The Ascent at the best possible quality so on Xbox Series X consoles you’ll see increased fidelity, Ultra HD support, and improved loading times which will make each thrilling moment in this corporation-run universe feel ever so real.

Today, we’re also happy to say that development is progressing well and we’re illustrating this with new footage of Neon Giant’s vision of Veles, the cyberpunk planet that The Ascent takes place on. You can see this world in action here.

The Ascent will see you dive into The Ascent Group arcology, a self-contained corporate-run metropolis, stretching high into the sky and filled with creatures from all over the galaxy. Taking on the role of an indentured worker, your world starts to go haywire when The Ascent Group shuts down for unknown reasons. Life becomes a case of survival, with rival corporations and crime syndicates looking to fill the empty space. It’ll be your job to take up arms and uncover what’s happening before it’s too late.

While the team of 11 at Neon Giant is small, their ambitions are large, and The Ascent is proof of this! With destructible environments, solo and co-op gameplay, bionic enhancements, customisable weapons and a story that takes you from deep slums to luxury spheres, the team has created a living, breathing cyberpunk world that rivals the best of sci-fi novels.

The Ascent is coming to Xbox Series X|S and Xbox One consoles in 2021 and will be available with Xbox Game Pass from launch. Make sure to check out the new video and subscribe to the Curve Digital YouTube channel here and follow us on Twitter here to keep up to date with The Ascent. We look forward to sharing more details with you early 2021.

$1
Get it now
Get all the benefits of Xbox Live Gold, over 100 high-quality games for console, PC, and supported Android mobile devices (beta) all for one low monthly price. (After any promotional period, subscription continues to be charged at the then-current regular price (subject to change, plus applicable taxes), unless cancelled in Microsoft account. You’ll be notified before any price changes.)

With games added all the time, there’s always something new to play. With a huge variety of games from every genre, there’s something for everyone. Enjoy exclusive member deals and discounts. Plus, enjoy free perks, including in-game content, consumables, and partner offers. Play together with friends on the most advanced multiplayer network and discover your next favorite game.

Use your active Xbox Game Pass Ultimate membership to play games on Xbox One and Xbox Series consoles, and Windows 10 PC (excludes Windows 10 in S mode and on ARM devices), and stream select games (where available) to your supported devices. Xbox Game Pass Ultimate includes Xbox Game Pass for Console, Xbox Game Pass for PC, Xbox Live Gold and additional benefits. Note: Purchase of Xbox Game Pass Ultimate automatically upgrades your existing Xbox Live Gold and/or Xbox Game Pass (for PC or Console) membership(s) to Xbox Game Pass Ultimate at a conversion ratio each based on days remaining. Learn how this works at www.xbox.com/gamepass. Future code redemptions are also subject to a conversion ratio. Conversion ratio subject to change. All conversions to Xbox Game Pass Ultimate are final: Once converted, you cannot re-convert your Xbox Game Pass Ultimate membership back to a previous membership. Other existing subscriptions may also be subject to conversion. Maximum 36 months of redeemed Xbox Game Pass Ultimate per account at a time, including any converted time from Xbox Live Gold and/or Xbox Game Pass (for PC or Console). Game titles, number, features, and availability vary over time, by region and platform. For recurring memberships, membership automatically continues to be charged at the then-current regular price (subject to change; plus applicable taxes) unless cancelled. Cancel at account.microsoft.com/services. Notice before purchase of add-ons, DLC, consumables, virtual currency, or subscriptions (sold separately): If your membership terminates or a game is removed from the catalog, you must reactivate your membership or buy the game separately to continue using these items. Requires download(s) (significant storage, broadband, and ISP fees apply) and Microsoft account. May require additional hardware and subscriptions. Age restrictions apply. Online multiplayer between Xbox console generations not supported in some games. Xbox Game Pass discounts are based on Microsoft Store price and are not combinable with other offers and are not redeemable for cash. Discount offers exclude titles within 30 days of launch and are not available with select titles. Number and content of Perks vary by region, platform, and over time, and must be redeemed by stated timeframe. Service, features, and requirements may change or be retired. Subject to the Microsoft Services Agreement (microsoft.com/msa). For PC: App download, Windows update(s), and storage required (xbox.com/pcgamesplan). System requirements vary by game; performance scales with higher end systems. Cloud gaming (beta): Streaming limits apply. Streaming performance is affected by internet connection, user location, device, and other factors. Your gameplay on other devices may be limited. See xbox.com/usagerules for more information. Streamed games may have limited functionality. Streaming may require compatible controller (sold separately).

Sign in for your available offers. Promotional offers may not be valid for all members and are only available for a limited time. In Japan, Xbox Game Pass is only available for purchase to users 18 years and older. Offers not valid in Russia; other geographic restrictions may apply. 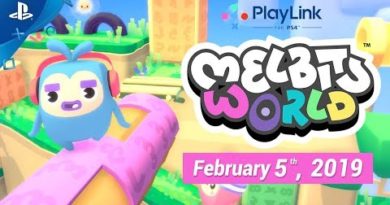 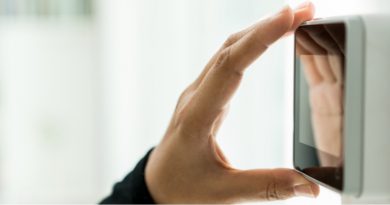 Hey, what’s that IoT device on my network?

January 23, 2018 Duncan Nagle
We use cookies to ensure that we give you the best experience on our website. If you continue to use this site we will assume that you are happy with it.Ok