Today, Ark: Survival Evolved finally makes the transition from Xbox Game Preview to full release, and we want to thank all the players who have been on the journey with us. Ark launched into XGP in December 2015, and over the past 20 months the game has undergone massive improvements thanks to feedback from the community.

Features such as the addition of two massive additional Ark’s to play on – including the Norse & Scottish highland-inspired Ragnarok – the increase from 40 creatures to over 100 to tame and encounter, the inclusion of the Primitive+ alternate game mode, split-screen cooperative multiplayer, user interface overhauls, general performance enhancements, bug fixes, and quality of life improvements, the Xbox community has helped us dramatically grow and refine the game.

We can’t imagine developing a console game of this depth and scale without doing it through Xbox Game Preview, as the ideas provided by the biggest group of playtesters in the world was tremendously helpful. Thank you for making Ark happen and the game will continue to receive regular updates and support from Studio Wildcard as we proceed.

With the “1.0” full release version of Ark: Survival Evolved, you can experience the full story of the game! Can you make it to the heart of the Ark and discover the shocking secret that lies buried within? While it may seem strange for a survival game to have a single-player mode with an ending, we’re happy that surviving the Ark provides a measure of closure should you seek it, while also pointing the way to what comes next. Rest assured, this is not the end of Ark‘s saga, but only the beginning of the next phase, for great adventures and awe-inspiring new experiences are just around the corner…

We encourage everyone who has ever wanted to ride a T-Rex, soar across the skies on the back of a Pteranodon, fish from their boat as the evening sun fades over the horizon, or explore the deepest caverns to encounter terrifying extinct predators, to join us in the living, dynamic world that is Ark: Survival Evolved. Whether online or off, solo or in a large Tribe, we think that everyone will find something special to discover on the Ark to make it their home. See you there!

Related:
ReCore Definitive Edition Available Today For New and Current Owners
Next Week on Xbox: New Games for August 28 to September 3
This Week on Xbox: August 25, 2017

Why the U.S. Government is One of Many to Choose BlackBerry Software

September 6, 2016 Duncan Nagle Comments Off on Why the U.S. Government is One of Many to Choose BlackBerry Software 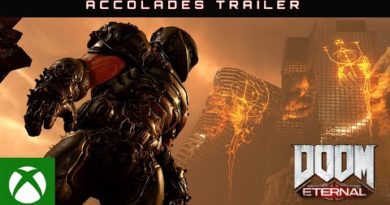 Top 5 Ways to Stay Alive in Worse Than Death

October 8, 2019 Duncan Nagle Comments Off on Top 5 Ways to Stay Alive in Worse Than Death
We use cookies to ensure that we give you the best experience on our website. If you continue to use this site we will assume that you are happy with it.Ok