Is this your first day at work?

Don’t worry at all, working in zero-gravity salvage isn’t nearly as scary or difficult as people say. Besides, LYNX Corporation has all your genetic data on file in case there are any first day slip-ups. If you happen to blow yourself up tearing down a difficult ship, we’ll bring you right back, no fuss at all. You’ll have to pay for it of course; safety and security always come with a price!

Still, everyone’s first day can be tricky, so we’re going to walk you through salvaging your very first ship in Hardspace: Shipbreaker, the zero-gravity deep space salvage workplace simulator from Blackbird Interactive and Focus Entertainment. We want to keep the death and dismemberment to a minimum as you get used to the thrill of salvaging every last material and piece of equipment on the ships you work on, so please read carefully as we share some of the best advice we can give a Shipbreaker who is just starting out.

Space may be cold and lonely, but profit will always keep us warm!

Get Used to Moving Around in Zero-Gravity

The salvage bay is just like any office, just without air, gravity, or basic safety precautions. Let your guard down or get overwhelmed and panic? You’re as good as gone. It’s been zero days since we’ve had an accident, and that number hasn’t moved in years.

Why is it so dangerous out here? Without practice, it’s easy to lose control of your own movement only to end up slamming into a solid object, drifting into the furnace, wasting salvage, or even causing your own death. If you want to save on the cost of a new body, practice your movement until space becomes your playground. So strap on your thrusters, take a deep breath of canned air, and let’s get started.

The first ship you’ll find yourself salvaging is a Mackerel, a relatively small transport ship. Think of each ship you’re salvaging as a chicken wing: the goal is to get as much of the tissue off the bone as possible for the most profit. Anything wasted will be counted against you; deep-space salvage is a business in which efficiency and precision are everything.

So when you’re presented with your first ship, you’ll want to use your scanning tool to get a look at the ship’s layout, and get an idea of where the cut points – the structures marked in yellow on the scanner that hold the ship together – are located. For now, you’ll want to search for an open airlock or remove the thruster cap from the rear of the ship.

Once you’re inside, use the laser cutter in the stinger configuration for maximum safety to melt each cut point, being careful not to overheat the laser cutter. The heat meter for the tool is located on the side of the hardware, and you’ll also hear a warning tone if you’re close to overheating – which would cause your suit to catch on fire, and any flammable objects around you to also burn or explode. More importantly, this can also kill you, and even if it doesn’t, it hurts quite a bit.

LYNX Counts Every Dollar but You Shouldn’t

The more time you can spend salvaging, the more efficient you’ll be, so keeping an eye on your supplies will always pay off, both for LYNX and for you!!

Everything you do in Hardspace: Shipbreaker during a shift in the campaign costs resources. You need to keep your thrusters fueled, your air supply topped off, your suit in good condition, and your consumables loaded up. You can sometimes find supplies inside the ships you’re salvaging, but don’t bet on that; it’s important to pay attention to the levels of each of your resources so you don’t suddenly find yourself fighting for breath because you were too focused on your cutting.

Luckily, LYNX thought ahead and provided you with a kiosk attached to your living quarters that will dispense all these supplies and more, as long as you can pay for them. This isn’t the time to be tight with your money; dying and having to pay for a new body is a lot more money than investing in a safe and smooth shift. Remember that each shift in the campaign mode lasts for 15 minutes, so it’s important to keep an eye on the clock in order to make the most money possible to repay your debt to LYNX.

Your attention is, in many ways, the most precious resource of them all. Spend it wisely! Follow this advice and you’ll have a great first day with Hardspace: Shipbreaker – now available on Xbox Series X|S and included with Xbox Game Pass. 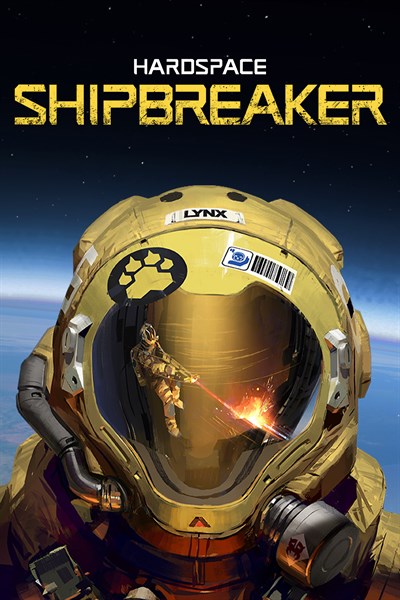 We offer you the privilege of helping turn humanity’s past into its future by salvaging ships in zero-g. Each one is a puzzle, and how you solve it is up to you! Carve your way in, salvage everything, and maximize your profit.

Our cutting-edge LYNX tech helps you do the job. Slice metal with the laser cutter and use the grapple tool to move salvage with ease. Earn upgrades, such as demo charges, sensors, and safety gear.

Careful where you point those tools! Hazards include explosive decompression, fuel, electricity, and radiation. Your life is protected by our EverWork™ technology, but our profits aren’t.

• Experience daily life as a blue-collar spaceship salvager
• Cut and destroy at will in a next-gen physics sim
• Salvage through a compelling campaign, relax in freeplay, or compete in timed challenges
• Explore a variety of ship types with unlimited variations
• Upgrade tools and gear to take on bigger and harder ships

Escape the crowds this summer at O2’s new airport lounge 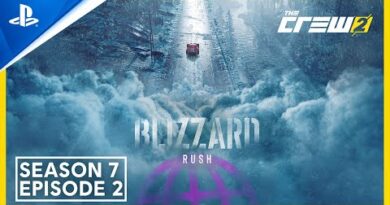