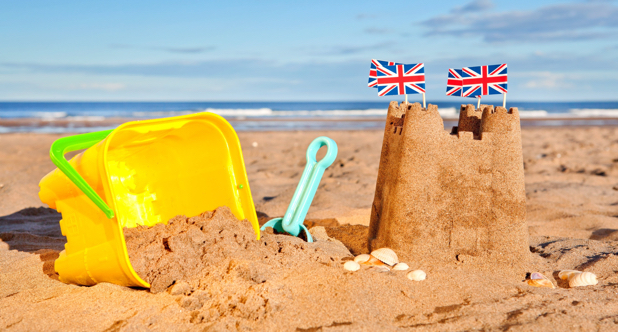 It’s July, which means only one thing (well, aside from the return of Game of Thrones)… It’s officially mid-summer. That means there’s only a few short weeks left to enjoy the great outdoors before autumn and winter sneak back in for another six months.

To help you do just that to the best of your abilities, we’ve been rounding up the must have apps you need in your pocket to survive a typically British summer – heatwaves, road trips, washed out barbecues et al. Here’s your digital summer survival kit…

Dark Sky | iOS – £3.99 | Android – Free or Premium
With the average British summer being about as predictable as the lottery numbers, knowing if it’s going to rain today just isn’t niche enough. That’s why, whether you’re in the park, barbecuing at home, or simply hanging out the washing, Dark Sky will let you know if it’ll rain in the next hour. A ‘hyper-local’ weather app, it’ll give you warnings that are spookily accurate and spookily to-the-minute. If it says rain’s on the way, you’d best head indoors.

Flush | iOS, Android – Free
Larking about in the park is all well and good until nature calls. But if the park loos are closed, whatever will you do? Don’t fret; Flush is here to help. With crowd-sourced toilet info that continually updates, it’ll help you find publicly available toilets near you in a snap. Know of a WC that the app doesn’t? Add it to the database to help your fellow penny-spenders!

Clarityn Pollen Forecast UK | iOS, Android – Free
Ever wish you were one of those annoying healthy people, seemingly unaffected by the terrors of hayfever? Well, now you can at least pretend to be, by keeping a beady eye on Clarityn’s free pollen count app. With it you’ll be able to glean helpful advice, track your symptoms and get local, real-time pollen readings, so you know when to stock up on the antihistamines.

Wolfram Sun Exposure Reference App | iOS – £0.99
Similarly, while basking in the sun is most people’s idea of a good time, it’s wise to keep an eye on your skin – especially if you’re of fair complexion. This app by Wolfram Alpha – the data-driven search engine – offers UV forecasts near you and the ability to input your info to glean a calculation on how long you can stay in the sun for before burning.

GrillIt! | iOS – £0.79 | Android – £0.82
On the hunt for recipes to make sure all your guests receive the best possible al fresco experience? Of course you are! There’s more to a top BBQ than simply throwing some meat on the grill, after all. Thankfully, Grill-It! has your back; it’s loaded with a wealth of pork, chicken, lamb, and beef (as well as vegetable and seafood) recipes to help turn your boring old barbies into something a bit more special.

SwimRadar | iOS – £3.99
If things do manage to get hot and stay hot this month, there’s nothing like a dip in the pool to help you cool down. But which pool? You probably know where your nearest lido is, but things become trickier when you’re travelling. Steer clear of falling into Google-based rabbit holes with SwimRadar, a simple, global database of public pools.

Along the Way – Road Trips Made Better | iOS – £2.99
Ah the summer road trip, a chance to roll down the window, blare out the tunes, and… Quickly grow tired of driving. Along the Way lets you punctuate any long journey with a stop off at a venue of your choosing. Just input your route, then search for what you’re after – coffee, pizza, zoos, or anything in-between – and it’ll find stop offs that won’t take you miles off course.

NOW TV | iOS, Android – Free (Plus subscription)
If all else fails, and if the summer storms swoop in, there are worse solutions than sinking into some season seven Game of Thrones action. NOW TV Entertainment has seasons 1-6 available to stream now, and will be your one-stop shop for new episodes as they’re released later this month. Click here to find out how to get a NOW TV Entertainment subscription at no extra cost* when you sign up to a Pay monthly or SIM Only Red Entertainment plan.

Going abroad this summer? Here’s what the latest EU regulations on roaming charges mean for you. Hint: it’s great news!

The post Survive the Great British Summer with apps… Whatever the weather appeared first on Vodafone Social.

Exclusive: Hands-on with The Medium on Xbox Series X 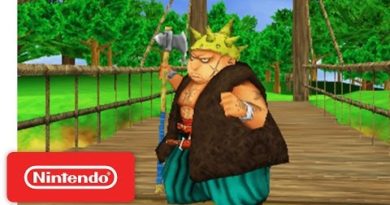 Man Up with Yangus in Dragon Quest VIII: Journey of the Cursed King 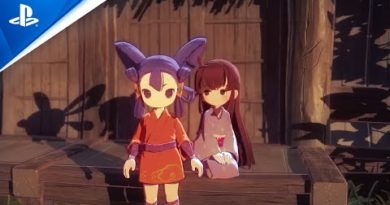 November 10, 2020 Duncan Nagle
We use cookies to ensure that we give you the best experience on our website. If you continue to use this site we will assume that you are happy with it.Ok