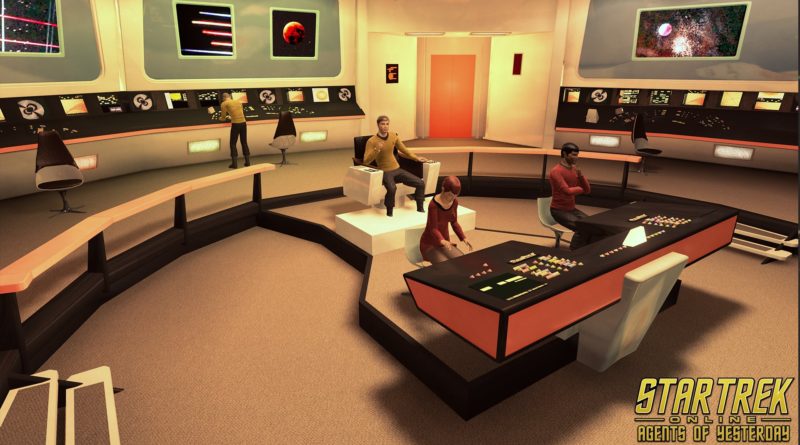 50 years ago, those words heralded the arrival of interstellar adventure, as the crew of the U.S.S. Enterprise traveled to strange, new worlds seeking new life and new civilizations in Star Trek: The Original Series. Decades later, the journey continues through numerous television series, feature films, books, and games. The development team on Star Trek Online was proud to participate in the 50th anniversary celebration of all things Trek, culminating in the release of our latest free expansion, Agents of Yesterday.

For the first time, players can create Starfleet captains set during the time of the Original Series! We enjoyed the chance to return to this classic era of Trek, providing the opportunity to join the crew of the Enterprise in exploring the galaxy in the 23rd century. Recreating uniforms, gear, ships, sounds, and settings from TOS was an epic (but fun) challenge for the team, and we think you’ll enjoy the results!

Twelve new Featured Episodes arrive with this free update, taking players on a journey through the 23rd century and beyond. A sweeping mystery awaits, ready to challenge captains throughout the many eras of Star Trek history – and some we have yet to see onscreen!

We didn’t stop there. The new update adds eight new PvE queues and one new Battlezone for captains to team up and tackle threats together. We’re adding three new Reputations and one new Fleet Holding to go along with those. Players can check out a new Captain Specialization as well.

Starships play a big role in the game, and we created several them for Agents of Yesterday. Eight new ships will be available for purchase for Federation captains, and three new ships will be available for all game factions to purchase. Some of them are well-known vessels from Star Trek canon, while others were inspired by ships from various eras in Trek history. Some of these ships are from a possible future in Trek, eras only glimpsed in the canon shows and films. The team enjoyed the creation process when it came time to build these vessels, and we think there’s a ship for everyone.

We’re working hard on the Xbox One version of Star Trek Online while we produced the content for Agents of Yesterday, and that allowed us to expand and improve the overall game. We think you’ll enjoy the results, particularly in the visual and gameplay areas!

If you’re a new arrival to Star Trek Online, you’ll find that Agents of Yesterday is just the beginning of the many Trek adventures and experiences that you can look forward to. Veteran captains will find new ships and challenges to tackle in the 23rd century and more. Whatever your experience level may be, we look forward to seeing you in game as we boldly go where no one has gone before. Live long and prosper!

Related:
10 (More) Great Games to Play on Valentine’s Day
X-Morph: Defense, a Hybrid Tower Defense Game, is Coming Soon to Xbox One and Windows 10
Thanks to its Community, How to Survive 2 Arrives Today on Xbox One 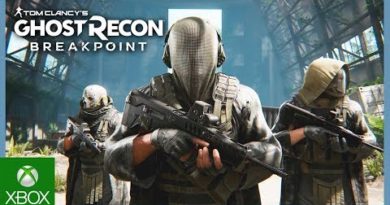 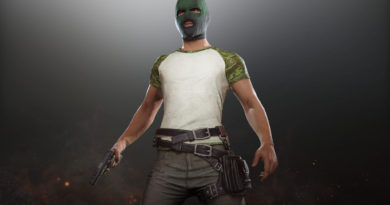 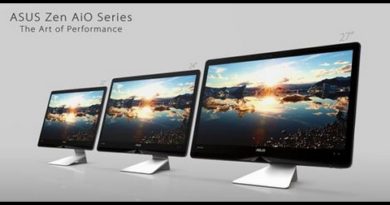 February 13, 2017 Duncan Nagle
We use cookies to ensure that we give you the best experience on our website. If you continue to use this site we will assume that you are happy with it.Ok