Retail stores have reopened to find a wave of shrewd shoppers coming through their doors, with the majority (54%) of Brits confessing they will be savvier with their spending as they hunt out more deals than pre-lockdown.

The survey of 2,000 people by mobile network provider O2 found that the average Brit will now spend 43 minutes exploring alternatives before parting with their cash, while almost four in 10 (38%) read online reviews before finally hitting ‘buy’.

Perhaps unsurprisingly, seven out of 10 (70%) shoppers admit they have been annoyed having bought an item only to find it in a sale shortly after – but this could be about to change. Following the pandemic, a fifth (21%) of Brits say they are now spending longer ‘shopping around’ before committing to a purchase as they’ve had more time on their hands to understand what value looks like.

The desire for value is of course nothing new as nearly half (48%) of Brits admit they hate feeling they’ve been ripped off, but this doesn’t simply mean parting with the lowest amount of cash possible.

Indeed, less than a quarter (24%) say that the cheapest offer is necessarily the best value. Instead, three out of five (62%) say getting good value means getting more for your money and making it stretch further. As a result, almost a quarter of Brits now want additional benefits beyond the initial purchase such as free gifts (24%) or discounted access to third party services (24%).

While Brits spend the most time shopping for big-ticket items such as a car, the research has found they’re actually more motivated to get a good deal on their mobile phone contract (47%) than they are on a new set of wheels (43%).

Top 10 list of what Brits look to get a good deal on:

The research by O2 also revealed that four out of five (80%) Brits say they have always looked for a good deal no matter what their circumstances or income have been, but the majority (52%) admit they have had to be more careful with their spending since lockdown came into effect.

In contrast, nearly a lucky two out of five (39%) say they have more disposable income now than ever, with half (50%) saying they have spent less money during each month of lockdown than they previously would in a typical month.

Nina Bibby, Chief Marketing Officer at O2 said: “We’re proud to play our part in rebuilding Britain by celebrating the return of retail with a host of impressive offers on some of the latest and greatest devices out there in the market. This recent survey showing that nine out of 10 people said that we offered a great value deal demonstrates our commitment to customers as we take the lead in helping to restore consumer confidence.”

“However, we know that for many there’s often so much more to value than simply finding the cheapest cost or price point, and value can mean lots of different things to different people. That’s why at O2 we’ll continue to provide unrivalled value for money through the flexibility available on our customisable plans, as well as access to exclusive perks, such as Disney+ on O2 Extras and Priority.”

Of the O2 customers surveyed, almost three-quarters (71%) said that they use Priority to take advantage of pre-sale tickets and exclusive deals, including 31% who confess they should use it more.

Combined with O2 Extras, which offers up to six month subscription on a range entertainment services including Disney+, almost half (49%) say what they value most about O2 is the benefits beyond the face value of their contract.

In addition to this, the research found that nearly a third (32%) of Brits say an ability to adjust the service to meet their personal needs or the flexibility to manage their payments is key for them to commit to a purchase. With O2’s customisable plans, customers can choose how much they want to pay upfront and the length of their device plan (anywhere between three and 36 months), as well as having the option to flex their data allowance up or down every month to suit their needs. 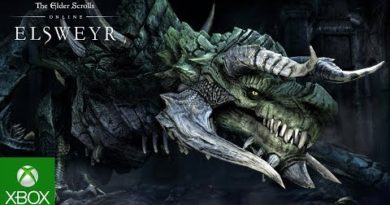 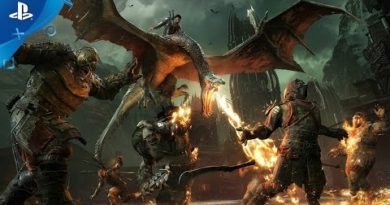 March 8, 2017 Duncan Nagle Comments Off on Middle-earth: Shadow of War – Official Gameplay Walkthrough Video | PS4
We use cookies to ensure that we give you the best experience on our website. If you continue to use this site we will assume that you are happy with it.Ok