I’m happy to announce that Anodyne, our surreal, dream-like adventure game is now available on Xbox One. As you wander the dreamscapes of Anodyne, you may wonder how such worlds came to be. Well, today, with rarely shown concept art, I’d like to take you back 6 years to when we were creating the levels.

To make a level, I first developed descriptions for the areas, and then relied on the expertise of Marina Kittaka, the artist and writer, to visually flesh out the worlds. I was heavily inspired by the surreal nightmare spaces of the cult classic Yume Nikki, as well as the faint sense of unease that hangs over the dream world of the classic Link’s Awakening. Also, Link’s Awakening and many other Game Boy games have a small screen size, which I utilized in Anodyne. This is the ‘secret’ of Anodyne‘s atmosphere – by only seeing a little of the world, it becomes mysterious to the player, as they must imagine what exists outside of that screen.

Now, one visually memorable area from Anodyne is called Redsea. Let’s briefly go through how this area came to fruition! Here’s a picture of the area, in-game.

Here’s an early e-mail from July 2012, where I describe my concept for the Redsea area to Marina. I already had a playable prototype of the area, as well as sketches, which Marina could reference.

It was important for me to include landmark, layout, and visual descriptions. Additionally, I made sure to write a song draft so I could musically convey my idea. With these things in hand, Marina could best imagine what it would be like to be inside of this area, and create the best possible art. A few days later, Marina presented me this concept art, which did a great job at conveying the warm, humid nature of the place.

The concept art is vital, as it’s what Marina will base her low resolution-style art on. So, if we both agree that the concept art works, Marina will be able to make good art for the area! Ultimately, a working partnership is like a relay race, where the creative production is built on trust in the other’s skills. Making a game is dealing with a constant barrage of tasks, and so you have to be able to hand off a portion of the work to others without micromanaging all of their decisions.

Here are a few other examples of the concept and in-game art.

This is the abstract Picasso-esque concept of Anodyne‘s iconic Fields area. Note the similarities in the grass.

And this is one of Anodyne‘s urban areas  – an apartment, filled with books, boxes, mice, and more.

There are various other kinds of communication we had to do while making the game – we would discuss boss or monster concepts, character ideas, writing ideas, even the layouts of the game’s dungeons. However, I’ll leave it at this for now, and let you discover the world of Anodyne for yourself — pick it up today on Xbox One from the Microsoft Store.

Related:
This Week on Xbox: September 21, 2018
Become the Best in Fishing Sim World on Xbox One
Try FIFA 19 Early on Xbox One with EA Access 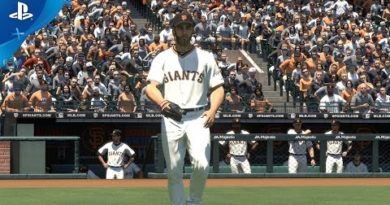 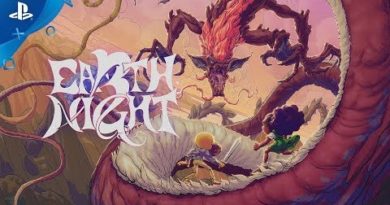 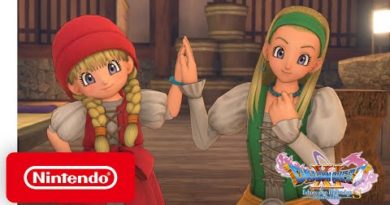 September 26, 2019 Duncan Nagle Comments Off on Meet Veronica & Serena – DRAGON QUEST XI S: Echoes of an Elusive Age – Definitive Edition
We use cookies to ensure that we give you the best experience on our website. If you continue to use this site we will assume that you are happy with it.Ok