Have you ever dreamed about becoming a pirate? Have you ever imagined fighting with your faithful team side-by-side and steering the ship through storms and reefs? Now it’s possible! Under the Jolly Roger is an open-world pirate RPG that lets you become the captain of your ship, hoisting the sails, and setting off on a voyage full of danger and adventure — unexplored seas and over a hundred exciting quests await you!

Soon you’ll get an opportunity to embark on a very risky but very exciting journey when Under the Jolly Roger launches March 3 for Xbox Series X|S and Xbox One, and it’s available today for pre-order at a 20% discount on the Xbox Store for a limited time.

Do you like the thrill? Then sink enemy ships or capture them! Or maybe you prefer something peaceful? Well then trade and become the richest pirate of all the time! You become more experienced and wealthier with each sale of cargo or each captured ship.

And what about your team? They are right beside you! Upgrade your ship, heal the wounded sailors, strengthen their will with strong rum, and don’t forget to pay them!

Choose your weapons wisely! In addition to various types of cannons and revolvers, you can purchase and improve magic crystals. Your enemies will be in trouble when you summon a giant octopus or fireballs!

Don’t forget that the sea is cruel and treacherous! You have to face bad weather, hurricanes, and sea monsters living in the depths.

Dozens of various factions will become a source of benefits and new tasks! Some factions are not so friendly with each other, so you have to find compromises and seek public recognition. It’s not easy, but the reward is worth it!

Under the Jolly Roger will give you a chance to get a taste of real pirate life! As you explore the open world in real-time, you will face many dangers and adventures, upgrade your ship and crew, and become the greatest pirate of all time!

Under the Jolly Roger

$14.39
Pre-order
Under the Jolly Roger is offering an ultimate ability to free roam three vast worlds filled with dozens of colonies and forts, hundreds of quests, and countless ships to plunder.

You can trade, fight, explore on your own, or call friends to do the same together!
Set your foot on the land to plunder it!

Game features:
– Limitless sailing in real-time – use Global Map only if you want to!
– A system of leveling your pirates, let them grow from sailor boys to skilled old salts!
– Hundreds of quests

Related:
Arkham Horror: Mother’s Embrace Coming to Xbox Series X|S and Xbox One on March 23
Check out the Drake Hollow – Combat Preview 2/26 – 3/1!
Everything You Need to Know About the Outriders Demo 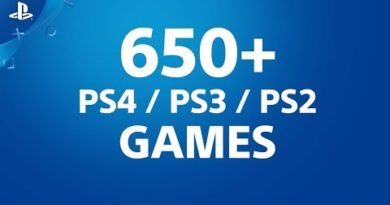 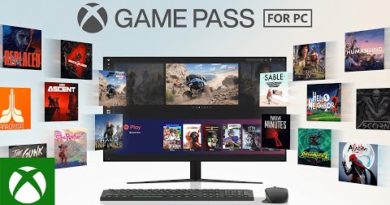 This is Xbox Game Pass for PC

August 20, 2021 Duncan Nagle
We use cookies to ensure that we give you the best experience on our website. If you continue to use this site we will assume that you are happy with it.Ok