Improving your gaming skills takes time and plenty of practice. Even the best esports players dedicate as much time as possible to their chosen games and genres, whether they’re racing to take down the enemy turrets or looting and shooting in a battle royale PvP.

If you’ve been following Sony’s most recent announcements from IFA 2019, you will be familiar with the latest addition to the flagship smartphone family. Like Xperia 1 before it, the dazzling new Xperia 5 has a gorgeous 21:9 CinemaWide

display offering a truly immersive entertainment experience that gives you a wider field of view and the upper-hand against your fellow gamers!

But that’s not all that Sony’s stunning flagships offer for gamers.

To really show off the handsets’ capabilities, Germany’s second biggest streamer on Twitch, Maximilian Stemmler (who goes by the alias ‘Trymacs’) and semi-pro Domenic Strobel, also known as Chefstrobel, went head-to-head in a Fortnite match on the Sony IFA booth. We caught up with them to see what they thought about the gaming features on the Xperia 1 and Xperia 5.

An exciting new feature for Xperia 5 is the exclusive wireless support for Sony’s DualShock 4 controller. Ideal for fans of Fortnite, gamers can link their Xperia 5 smartphone to their PlayStation 4 controller, allowing them to take the action wherever they go.

Chefstrobel said: “Having a DualShock controller means you have more control over your game and your aiming is on-point! It also means that the buttons which are usually on the display are removed so you can see even more of the action.”

Xperia 1 users needn’t fret – the feature will be coming to those handsets soon!

Trymacs added: “For me, it doesn’t feel like normal mobile gaming, particularly when using a controller. I’ve played on a tablet before, which is a bigger device, but you can actually see more of the map on Xperia 1 or 5 due to their 21:9 displays. It’s somewhere between mobile and console gaming but it’s great because you can practice on the go!”

Thanks to its clever technologies and the continued growth and popularity of Fortnite, both Chefstrobel and Trymacs mused over the possibility of developer Epic Games introducing a new tournament just for mobile players.

“There are so many games in the battle royale genre but Fortnite stands out because of the building feature,” said Chefstrobel. “So many top athletes play the game, so it’s encouraging for younger players to get into it.”

Trymacs added: “You can play with your friends for free no matter what device they are using. For example, you could be using an Xperia while your friend is playing on a PlayStation 4 Pro.”

The pair agreed that for any aspiring esports professional, having a phone with great gaming capabilities, such as Sony’s flagships, is crucial to ensure you can practice on-the-go.

But it’s not just the gorgeous graphics, 21:9 display and portability that make Xperia 1 and Xperia 5 gaming powerhouses.

Combining all your game data into one area, Sony’s Game enhancer was designed to truly enrich your gaming experience, no matter your level. Xperia 5 and Xperia 1 both come with the latest Qualcomm® Snapdragon

855 processor, helping to boost performance and speed in your device by allowing you to ramp up and release RAM depending on your needs.

If you want to share your epic gaming moments, the handy app allows you to record your gameplay, face and commentary at the same time then upload to your favourite site. You can also play around with voice changer for a variety of vocal effects!

Found yourself stuck on a tricky level? Don’t rage quit – you can find tips for the game online without halting gameplay! The smartphones know which game you are playing and will display relevant tips on the side of the screen.

Don’t just take our word for it. Check out Chefstrobel and Trymacs going head-to-head in Fortnite below: 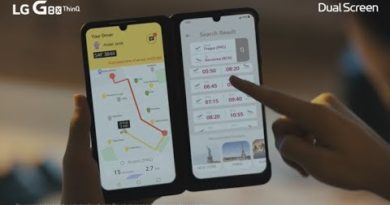 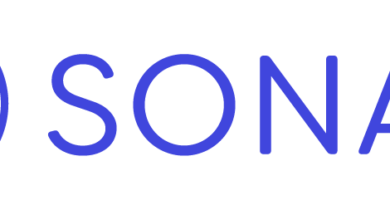 VCA creates a welcoming environment and boosts innovation with Microsoft

September 25, 2017 Duncan Nagle Comments Off on VCA creates a welcoming environment and boosts innovation with Microsoft
We use cookies to ensure that we give you the best experience on our website. If you continue to use this site we will assume that you are happy with it.Ok