Team Xbox will be rolling into PAX East this year and we’ll showcase several exciting game demos, hosting intriguing panels, and throwing some epic sweepstakes full of special edition goodies and more. If you’re attending one of the greatest gaming trade shows, be sure to stop by the Xbox booth to see Halo Wars 2, Minecraft, and Mass Effect Andromeda to name just a few of the premiere Xbox One games you’ll have a chance to play.

When you stop by our Xbox booth at PAX East, you’ll have a chance to buy some awesome Xbox gear, like special edition t-shirts featuring the likes of Halo Wars 2, Gears of War 4, and Minecraft. These shirts will only be available at PAX East and select Xbox experiences, so get them while you can.

If you didn’t snag tickets to PAX East, don’t worry. Xbox Daily Live @ PAX East will bring the experience to you in the comfort of your home! Tune in each day on Beam or Twitch and check out what we’re up to at the event.

And how about entering our sweepstakes to win one of 12 custom Xbox controllers with designs inspired by some of your favorite games like Gears of War 4, Halo Wars 2, Forza Horizon 3 and soon-to-be favorites like Sea of Thieves and Crackdown 3. We’ll also have a special IGN-themed controller for fans of the premiere gaming news and entertainment website.

Be sure to follow @Xbox and include #XboxSweepstakes in your post to ensure you can be contacted if you have won. For more information and official rules, be sure to visit  https://xboxeventsus.com/sweepstakes.

We’ll also be on hand hosting and attending a variety of panels at PAX East this year. For a full list, please see below (details, dates, and times may change without notice):

Major Nelson’s Podcast on Saturday, March 11 at 1:30pm in the Albatross Theatre
They’ve been there since the beginning of PAX East in 2010. Seven years later they’re still being allowed in. Quick, come see this live show before someone figures it out! Join Larry Hryb, Xbox LIVE’s Major Nelson, lollip0p, and JEF United as we record an episode of the award winning officially unofficial Xbox-centric podcast “Major Nelson Radio” LIVE in front of you, our studio audience. It will be an hour of awkward audience participation, Xbox prizes, guests, and maybe some fun.

Streaming 101: Staring Your Quest on Sunday, March 12 at 3pm in the Albatross Theatre
Every streamer has to start somewhere. Seasoned streamers share the tools you need to begin your journey into the world of livestreaming. Join us as we go over how to setup your channel, choose the right moderators, and go live with style.

For more details on all things Xbox at PAX East, visit xboxeventsus.com. See you at the show! 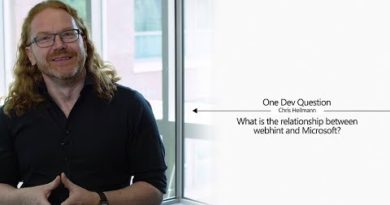 One Dev Question with Chris Heilmann – What is the relationship between webhint and Microsoft?

September 29, 2018 Duncan Nagle Comments Off on One Dev Question with Chris Heilmann – What is the relationship between webhint and Microsoft? 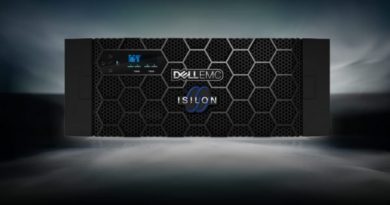 April 20, 2018 Duncan Nagle Comments Off on Hardcore Neon Slasher Phantom Trigger Available Now on Xbox One with Mixer Integration
We use cookies to ensure that we give you the best experience on our website. If you continue to use this site we will assume that you are happy with it.Ok