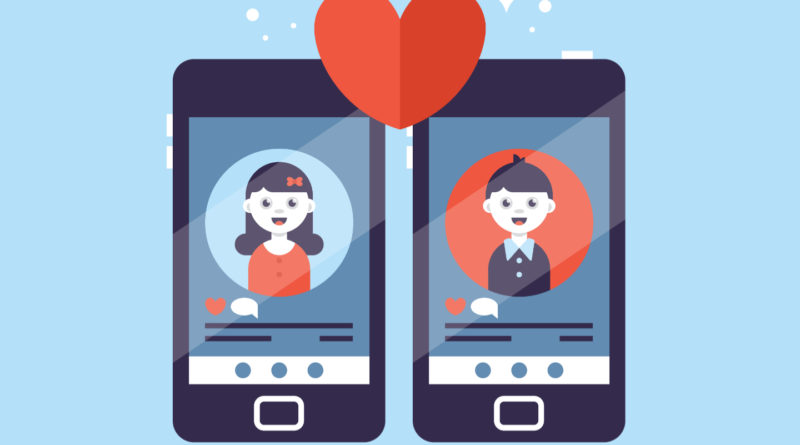 Ugh, Valentine’s Day again? If you’re single right now, you may very well want to keep as much distance between you and anything romantic as possible. And that’s fair enough, but hear us out for just a minute: there’s seriously never been a better time to try online dating. Just ask OkCupid.

As one of the longest running services in the game – and one of the pioneers of free online dating – OkCupid’s seen the industry go from emergent oddity, to mainstream method, to app-fuelled phenomenon. But what does that mean the dating landscape looks like now? And, more importantly, what does that mean for tomorrow’s daters? We caught up with OkC’s Bernadette Libonate to find out.

The game of love

“Since OkCupid’s launch in 2004, the online dating world has blown up,” Bernadette says, “and there are so many more options for people now.”

That’s great news for singletons, but it’s not what’s most interesting about online dating in 2017. That’s because the rate at which all these competing services have sprung up, while huge, isn’t the biggest shakeup the industry’s seen. And it’s not apps, either (even though 80% of OkCupid users are on mobile). According to OkCupid, the biggest shift has been the trend of online dating turning into a game:

“It’s all about the gamification of dating apps now,” Bernadette explains, “where you’re essentially just looking at a person’s headshot and only 140 characters of information. Because of this, most dating apps today have lost the capability for users to explore potential matches through interesting personality connection points, rather than just your current location.”

But… Is that a bad thing? Apps like Tinder have found huge success by promoting a more casual experience based on casual dating (and dating often), while OkCupid has certainly evolved over time to keep up. Over the years it’s added features like QuickMatch to quickly swipe through potential matches without seeing the whole picture, but it’s also kept the things that made the site popular in the first place: in-depth matching based on the words in your profile and your answers to a potentially unlimited set of personal questions.

According to Bernadette, that ‘best-of-both’ approach is very deliberate.

“I think online dating can be as casual as you like it to be,” she says. “At OkCupid we don’t define what your success looks like to you. If you would like to meet someone for one night, one year, or forever, that’s all possible. We find the majority of our users are looking for a long term connection, but it’s not up to us to say how our unique audience defines success, we leave that in their hands.”

Ok, so, on the surface, Bernadette and OkCupid’s views on what constitutes online dating success seem pretty open-ended: “We’re not viewing success as just a narrow end point,” she says. “Success is giving our community of users a positive experience with OkCupid, ensuring that we met their needs and gave them a fun and safe experience while they were with us.”

But the key words there are: “while they were with us…”

Getting people to leave

Numbers don’t lie, right? According to Statistic Brain, a fifth of all relationships now start online. People also go from dating to marriage quicker online than off – after 18 months compared to 42 – and 32% of people who meet on OkCupid make it past the first month of dating. Revealed in those stats is one important metric that OkCupid and its rivals keep a beady eye on: the amount of people closing their accounts.

“We’ve observed a steady increase on the number of individuals who leave our site having met someone new,” says Bernadette, “or who just write us a note to say they had a great time while they were with us. That is our success.”

There’s a wealth of other stats and facts out there to back this up. A third of married couples who tied the knot between 2005 and 2012 started life online, for instance, while research shows that these marriages are 25% more likely to last than ones which start offline. And the reason? People online know what it is they want.

“A third of married couples who tied the knot between 2005 and 2012 started life online.”

“I think people are more self-assured with who they are online,” says Bernadette, “and in turn that allows them a deeper understanding of who and what type of situation they’re looking for. We encourage our audience to be self-expressive and proud of it, and we believe that type of atmosphere breeds deeper self understanding.”

Ultimately, there aren’t many business models around that measure success by how many people stop using a given service, but that’s exactly the case for online dating… Assuming you’re a monogamy fan, that is.

So with that being the case, what can dating apps do to get even more people to close their accounts? What does the future of online dating look like?

“That is such a great question,” Bernadette says, before providing a pretty surprising answer: the reversal of gamification.

“The pendulum will eventually swing back the other way,” she predicts. “People will want to be seen as more than just a selfie. We know our users are deep and nuanced, and they want a platform to communicate what makes them unique.”

In Bernadette’s view, “when you gamify people you take away what makes them different and compelling.”

Advice on how newbies can make the most of online dating boils down to two things. One is about how best to present yourself and communicate, and the other is how to game the system. So how do you game the system?

One big thing everyone should know, straight out of the gate, is that using nothing but ‘Hey’ as your opening gambit is a very bad move. 84% of recipients will outright ignore it. On a more strategic level, some of Bernadette’s insights might help you think about when best to message, and how best to ‘like’ potential matches:

“Generally, we see an uptick in logins and messaging on weekdays starting around 8pm local times,” she says, “which starts to tail off around 10pm. During the weekends it tends to start a little later but a similar pattern.

“Another interesting behaviour that we’ve noticed is the ratio of how men and women ‘like’ potential matches on our QuickMatch feature. Men will ‘like’ one out of three potential matches, whereas women will only hit the ‘like’ button once out of every 15 potential matches – showing that our female users are very selective in their choices. We’ve also observed a higher percentage of ‘super likers’ (people who ‘like’ more than 80% of the matches they’re shown) amongst men.”

Beyond that, Bernadette’s advice is as old as time: ‘be yourself’…

“We want our audience to develop authentic connections,” she explains. “We’re a company founded by four Harvard math majors, and the cornerstone of our algorithm hinges on a match percentage calculated by compatibility of answering the questions we provide. The more questions you answer; the better matches you’ll find!

“The space we provide for essays and interests is a solid place to begin a conversation, where there’s more to talk to one another about besides just your photos. You could discuss the new season of Game of Thrones, a trip you recently took, or any other common interests you share – we encourage our users to message thoughtfully instead of the standard ‘copy and paste’ stuff. And remember: anything can happen if you just start a conversation . You’re guaranteed nothing will happen if you don’t give it a shot.”

Looking for some real life testimony? Vodafone Social’s own Adam Bunker and Kimberley Harcombe both found success in the online dating space. Here’s how…

Adam’s story (OkCupid)
“At the risk of this post reading like an extended ad for OkCupid, it genuinely was the site/app that helped me find the person who, at the time of writing, is a just few months away from being my wife!

“I joined the site in 2012 because it was free and, having been single for coming up to a year at the time, decided I’d probably be luckier online than with meeting people in bars. I guess I’m a rare case in that I happened to hit it off with the first person I met (we’re 87% compatible, apparently), but I think it helped that I took the time to fill in my profile and answer as many questions as I could to narrow the field.

The likes of Tinder didn’t exist then, so (at the risk of sounding like your Granddad), things were slightly more involved and deep than I think people have time for in 2017.

“Don’t go from ‘dating’ to ‘in a relationship’ too quickly.”

“If I have any advice for people looking to find someone who’ll stick around longer than a casual date or two, it would be to take your time. As Bernadette says, people are more than just a selfie, and so should you be. Fill in a detailed profile, exchange more than a few messages, and then don’t go from ‘dating’ to ‘in a relationship’ too quickly. If you go in with the right expectations, you’ll probably find they’re matched in due course.”

Kimberley’s story (Match.com)
“I met my match on Match almost five years ago. I joined because my social circle was a group of about 50 grads, all of whom I knew, and none I wanted to date. Online dating opened up a world of possibilities – to meet new people and hopefully find someone for me. five years on and here we are – the site didn’t have a compatibility rating like OKCupid at the time, so we’re trusting each other’s judgement that we’re the ones we want to be with!

“I took a 3-month full membership option, as did Olly, my partner. It turned out pretty expensive for him as he only ended up using it for one day… Which leads me on to my first piece of advice – don’t be afraid of making the first move, whoever you are. Without it I might not be with him, as he only upgraded to full membership to read the message I’d sent him.

“You can’t expect the person you meet to stick rigidly to the same life ambitions they originally put in their profile.”

“My second piece of advice is that you can’t expect the person you meet to stick rigidly to the same life ambitions they originally put in their profile. Both Olly and I ticked the ‘want to get married and have children’ box, but things change as you make a life together. If you asked us now we’d both tell you, we’re not really into the idea of either. These kinds of life choices can cause huge problems for couples down the line, so it’s really important to be open and honest upfront, and know the things you will and won’t compromise on.

“And, of course, don’t forget to have fun and be safe. Before I met Olly I flew to Paris to meet a guy I met through Match – we weren’t right for each other but I’ll never forget my first trip to Paris and how I ended up there!”

Ready to get dating? You can find out more about OkCupid here.

Do Valentine’s Day right… Here’s everything to watch, listen to and download this 14 February – no matter what your relationship status. When will you be celebrating Valentine’s Day? The weekend before? The one after? Or on the day itself? Let us know on Twitter @VodafoneUK!

The post OkCupid talks selfies, stats, and the state of online dating in 2017 appeared first on Vodafone Social. 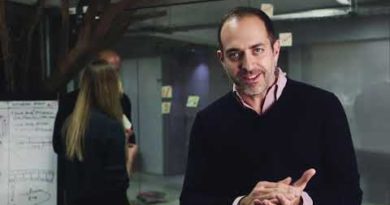 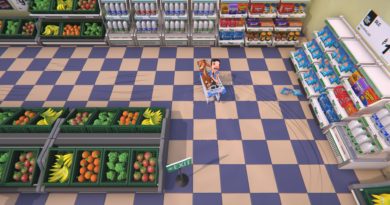 May 29, 2019 Duncan Nagle
We use cookies to ensure that we give you the best experience on our website. If you continue to use this site we will assume that you are happy with it.Ok