Welcome to Next Week on Xbox, where we cover the greatest games coming soon to Xbox One. Each and every week, the team at Xbox aims to deliver quality gaming content for you to enjoy on your favorite gaming console, and Xbox Wire will be here to let you know when you can play every title hitting Xbox One. Whether you’re a fan of shooting, racing, or adventuring, there’s sure to be something for you to enjoy. So without further delay, let’s see what’s coming Next Week on Xbox!

Winner of more than 200 Game of the Year Awards, The Elder Scrolls V: Skyrim Special Edition brings the epic fantasy to life in stunning detail. Includes the critically acclaimed game and add-ons with all-new features like remastered art and effects, volumetric god rays, dynamic depth of field, and mod support on Xbox One.

As Jesse, you’ll embark on a perilous adventure across the Overworld, through the Nether, to the End, and beyond. While at EnderCon in hopes of meeting Gabriel the Warrior, you and your friends discover that something is wrong… something dreadful. Terror is unleashed, and you must set out on a quest to find The Order of the Stone if you are to save your world from oblivion.

Enter the fractured psyche of Bruce Wayne and discover the powerful and far-reaching consequences of your choices as the Dark Knight. In this gritty and violent new story, you’ll make discoveries that will shatter Bruce Wayne’s world, and the already fragile stability of a corrupt Gotham City.

Launching with over 40 tracks at launch, and more than 200 songs available via Just Dance Unlimited, enjoy six game modes including the new frantic Just Dance Machine, customize your workouts with Sweat + Playlists, or try and beat the game with Dance Quest!

Get ready to shred custom-built runs and show off gnarly tricks across vast, personalized terrain parks. Awe-inspiring environments, fluid snowboarding maneuvers, and authentic competitions craft an exhilarating and realistic experience on the snow.

Journey to the snowy world of Ariandel and encounter new areas, bosses, enemies, weapons, armor set, and magic spells. Will you accept the challenge and embrace the darkness once more?

Ginger: Beyond the Crystal – October 25

Ginger: Beyond the Crystal is an adventure platformer in a devastated world. You will need all your skills to solve the puzzles and platform zones in every level. Are you ready to cross over beyond the crystal

New animals, crops, tools, and vehicles make Farming Simulator more fun than ever. Play in co-op multiplayer mode with up to 16 people, and download player-created mods for unlimited farming potential!

Monster Jam: Crush It! brings you a new action-packed monster truck game of the most-popular touring show in the world!

Big Buck Hunter Arcade will bring the arcade experience to your living room with this fast-paced, addictive arcade shooter! Play alone or with a friend to compete for the highest score, or try to beat the numerous bonus challenges.

3D platforming with a high dose of action, challenging puzzles, and frenetic combat set in feudal Japan. Play solo or with a friend in a local co-op mode.

An episodic JRPG set in a world heavily inspired by 1980s Saturday morning cartoons and pop culture. Players take the role of Martin ‘Marty’ Michael Hall, an average high-school student who has just been granted an incredible power that leads him to attract the ire of the world’s most notorious villain, Commander Hood!

A fast-paced fighting game where any hit means death! Battle your friends as a diverse selection of characters, experiencing intense combat where every blow earns a kill, and skill reigns supreme. And what’s victory without a little dance?

An exploration-driven side-scrolling adventure through a massive, interconnected laboratory and mining complex on a moody, lonely alien world. Sign us up!

ClusterTruck is a chaotic physics based truckformer. Jump your way through insane levels of “the floor is lava” on top of speeding trucks driven by terrible drivers. It only gets harder when dangers such as swinging hammers, lasers, and flamethrowers are added.

Related:
Slain: Back from Hell Tips and Strategies
Welcome to Battlefield 1! Now Available Worldwide
Halo Wars 2: Exploring the Campaign and a New Way to Play

The Total-Body Combo Move You Can Do Anywhere

May 24, 2017 Duncan Nagle Comments Off on The Total-Body Combo Move You Can Do Anywhere 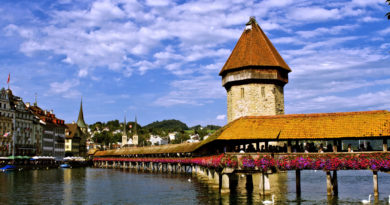 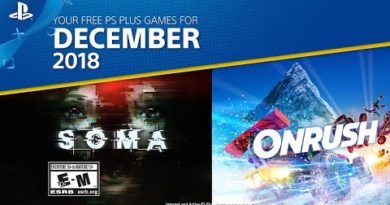 November 28, 2018 Duncan Nagle Comments Off on PlayStation Plus – Free PS4 Games Lineup December 2018
We use cookies to ensure that we give you the best experience on our website. If you continue to use this site we will assume that you are happy with it.Ok