A first-person, story-driven cosmic horror game where the
scientific exploration of Mars meets the supernatural dread of Lovecraft. You
are Shane Newehart, an engineer stationed at Trailblazer Alpha, and it’s your
job to keep the lights on. Soon you begin seeing and hearing things that aren’t
there. Is this real… or are you slowly descending into madness?

A magical realist adventure game in five acts, featuring a haunting electronic score, and a suite of hymns and bluegrass standards recorded by The Bedquilt Ramblers. Rendered in a striking visual style that draws as much from theater, film, and experimental electronic art as it does from the history of games, this is a story of unpayable debts, abandoned futures, and the human drive to find community.

All was well until the evil Duke and his brother Jax attacked and trashed everything in it and kidnapped the little foxes! Foxy and Jenny are now forced to go on a dangerous and exciting adventure around the island to prevent the Wolfie Brothers to carry out their insidious and evil plan in this action adventure platformer.

Every day in the office is the same, clicking the same keys, attending the same boring meetings, wearing the same fluffy monster onesies, until something strange and magical happens. Now you need to sneak away, no matter how! The Office Quest is a point and click adventure for those who just cannot stay in the office any longer.

A combination of turn-based strategy and RPG where you create a football team, play matches, earn XP, train skills, and more. Football, Tactics and Glory aims to reinvent the football management genre by making it appealing to everyone — not just the most hardcore football management aficionados. If you enjoy turn-based gameplay, strategy or tycoon games and soccer, you’ll enjoy this game.

Explore the Lumini home world in this relaxing flow-style
adventure, overcoming obstacles and keeping your swarm safe while collecting
the planet’s energy to bring back your fallen comrades. Split and reform your
swarm, evolve and discover new abilities to bring the Lumini back to their
former glory.

Xbox Game Pass for PC (Beta) – Gris is a hopeful young girl lost in her own world, dealing with a painful experience in her life. Her journey through sorrow is manifested in her dress, which grants new abilities to better navigate her faded reality. As the story unfolds, Gris will grow emotionally and see her world in a different way, revealing new paths to explore using her new abilities.

You live a monotonous and repetitive lonely life in a cold overpopulated ever-expanding city. You have no real sense of meaning – until one crucial day, when strange things start to happen on your commute to work and everything changes. Mosaic is a dark surrealistic and atmospheric adventure game about urban isolation and the dread of being a piece in a giant machinery you can’t understand.

Xbox Play Anywhere – Join renegade mechanic Robin and uncover the secrets of a dying planet. Explore a big world filled with intricate puzzles, interesting characters and menacing bosses in a beautiful platform adventure that tells a personal story about faith, purpose and the challenge of helping people.

Play with the best national teams and biggest leagues in
intense single-player and multiplayer matches, local or online. Experience
unprecedented tactical depth that recreates all the intricacies of the modern
game. On the pitch, you can tweak your game plan, manage your line-out,
initiate set moves, find spaces and give your side the winning edge.

Immerse yourself in the world of DreamBall, a fun sports game with Ragdoll physics set in dreams with one clear objective: try to score more than your opponent before time’s up. Play in space, under the sea, on a pirate island and more. 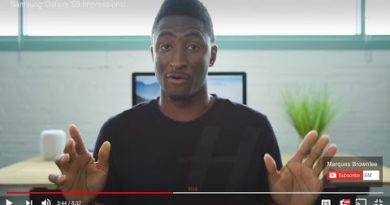 May 4, 2018 Duncan Nagle Comments Off on Samsung Galaxy S9: Reviews 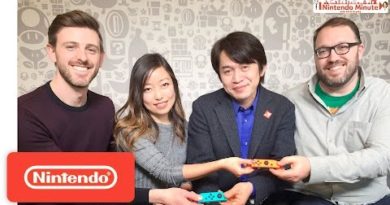 February 25, 2017 Duncan Nagle Comments Off on 5 Things You May Not Know About Nintendo Switch – Nintendo Minute Video 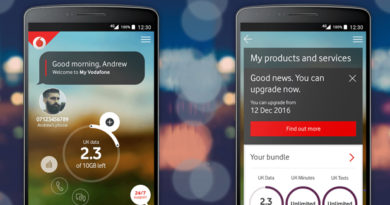 Win big with the My Vodafone app: Your chance to grab an iPhone 7, Galaxy S7 Edge, or a boatload of data!

March 6, 2017 Duncan Nagle Comments Off on Win big with the My Vodafone app: Your chance to grab an iPhone 7, Galaxy S7 Edge, or a boatload of data!
We use cookies to ensure that we give you the best experience on our website. If you continue to use this site we will assume that you are happy with it.Ok