In February on Xbox One, race across a legendary mountain course in TT Isle of Man and then dive deep into the depths of Lovecraftian horror in Call of Cthulhu. On Xbox 360, and Xbox One via Backward Compatibility, enjoy a fresh spin on a beloved franchise in Fable Heroes then play an all-time classic in Star Wars Battlefront.

All games will be available exclusively for Xbox Live Gold members for a limited time as part of Games with Gold. With Xbox Live Gold, you get the most advanced multiplayer service, free games, and exclusive member discounts on games in the Microsoft Store — get Xbox Live Gold today to get in on the action! Pro-tip for all of you Xbox Game Pass Ultimate members, this means you too. We’ve got four more games for you to play.

TT Isle of Man
Take on the challenge of Snaefell mountain in the motorcycle racing game, TT Isle of Man. All 37.73 miles of the legendary course is faithfully reproduced in this realistic moto-racing title that will challenge your skills and reflexes. Memorize each section and corner each bend to perfection, all while hurtling along at 180 mph.

Call of Cthulhu
Plunge into a world of cosmic horror and creeping madness in Call of Cthulhu. In the official videogame inspired by the classic pen and paper RPG, investigate a family death on an isolated island where nothing is as it seems. Trust no one in a story filled with strange creatures, weird science and sinister cults, set within the iconic universe of H.P. Lovecraft.

Fable Heroes
Get in on the highly addictive, hack-and-slash adventure title, Fable Heroes. As the heroes of Albion, play up to four players, either competitively or in co-op mode, and collect as many gold coins as you can. Defeat familiar foes and new enemies alike in this fresh spin on the beloved franchise and take playful competition to the next level.

Star Wars Battlefront
Experience an all-time classic with Star Wars Battlefront. Participate in memorable battles from the first six Star Wars films as you fight on the front lines with every weapon and vehicle you see at your disposal. Either by yourself or with an army behind you, the choice is yours to topple the Empire or crush the Rebellion. Note: No online gameplay support.

Read more about our Games with Gold program here and stay tuned to Xbox Wire for all the latest
news on Xbox. Like we said before, If you’re an Xbox Game Pass Ultimate member, you have all the benefits of Xbox Live Gold, plus over
100 high-quality console and PC games that you want to play. New games
are added all the time, so you’re never without something new to try when
you’re looking to find your next favorite game. If you’re new, or if you’re an
existing Xbox Live Gold and Xbox Game Pass for Console member, join or upgrade today for
just $1.

Related:
Xbox Insider Release Notes – Alpha Ring (2002.200124-1330)
It Came from Space and Ate Our Brains: From Game Jam Prototype to Xbox Release
The Clans Unite: The Dark Crystal: Age of Resistance Tactics is Coming February 4 to Xbox One 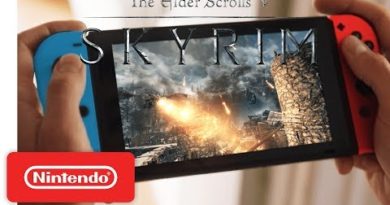 Fitbit Coach on Xbox Will Help You Achieve Healthy Goals

January 18, 2017 Duncan Nagle
We use cookies to ensure that we give you the best experience on our website. If you continue to use this site we will assume that you are happy with it.Ok