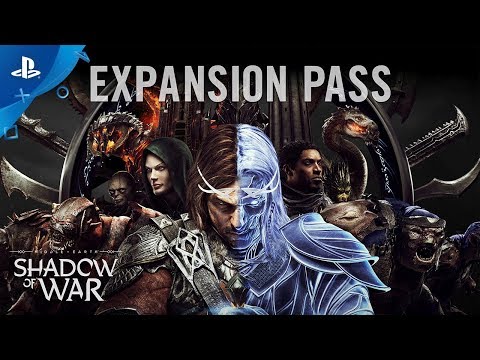 Get the Middle-earth: Shadow of War Expansion Pass to continue your experience with all-new Tribes, additional Story Campaigns featuring Eltariel and Baranor as playable characters, and a new region to explore!
———-

ABOUT THE GAME Middle-earth™: Shadow of War™ is the sequel to the critically-acclaimed Middle-earth™: Shadow of Mordor™, winner of more than 50 industry awards—including the 2015 Game Developers Choice Awards’ Game of the Year, Outstanding Innovation in Gaming at the 2015 D.I.C.E. Awards and the BAFTA for Game Design. Developed by Monolith Productions, Middle-earth: Shadow of War features an original story with the return of Talion and Celebrimbor, who must go behind enemy lines to forge an army and turn all of Mordor against the Dark Lord, Sauron.

MIDDLE-EARTH: SHADOW OF WAR software © 2017 Warner Bros. Entertainment Inc. Developed by Monolith Productions. © 2017 New Line Productions, Inc. All The Lord of the Rings content other than content from the New Line films © 2017 The Saul Zaentz Company d/b/a Middle-earth Enterprises (“SZC”). Middle-earth: Shadow of War, The Lord of the Rings and the names of the characters, items, events and places therein are trademarks of SZC under license to Warner Bros. Interactive Entertainment. 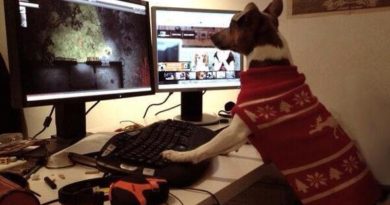 10 Things You Might Not Know About Darkwood, Coming to Xbox One May 17

May 9, 2019 Duncan Nagle Comments Off on 10 Things You Might Not Know About Darkwood, Coming to Xbox One May 17

Lessons From our SaaS Journey to HCM: Collaborate, Communicate and Never Blink

February 16, 2018 Duncan Nagle Comments Off on Lessons From our SaaS Journey to HCM: Collaborate, Communicate and Never Blink
We use cookies to ensure that we give you the best experience on our website. If you continue to use this site we will assume that you are happy with it.Ok