If you ask Patricia K., 65, from Frankfort, Illinois, about her history with weight, she’d sum it up by saying there were lots of ups and lots of downs. “I’ve always had a propensity to be fat,” she says. “My mom was heavy, her mom was heavy, and I love food—like big bowls of pasta and creamy desserts,” she says. “I felt like my weight problems were just always going to be there.”

Starting with the time she became pregnant with her first child, Patricia was in a vicious cycle where she’d gain weight, try a diet, lose weight, stop the diet, and gain weight again. “I would do anything,” she says. “Like when Oprah started doing the shakes, I started doing the shakes. But for someone who loved eating real food, that didn’t last very long.” Patricia tried counting calories, diet pills, you name it, but just couldn’t keep off the weight. “I even joined a gym, but would pay the $20 membership fee every month without ever going,” she says. “My husband would ask why I kept paying it and I would tell him it was because I might go the next month—but I never did.” This yo-yo pattern kept going until she topped out at 278 pounds. “I became so antisocial,” she says. “I was working from home, my kids were grown, and I hated leaving the house because I was wearing a size XXX.”

But in January, 2015, something clicked. “I was so out of shape that I couldn’t carry around my new grandson,” she says. “I realized that I had all these dreams for myself and I didn’t want to keep waiting to pursue them.” Knowing she had six weeks until her next birthday, Patricia decided to join Weight Watchers and see what she could accomplish in that time. “I made some pretty major changes, like I stopped relying on carbs and pasta for my meals and tried to make 75 percent of what I eat be fruits or vegetables,” she says. “I decided indulgences like steak with a baked potato and butter were a treat, not an everyday dinner.” As the weeks slowly went by, she noticed herself losing weight. “My birthday came and I told my husband not to say anything to my kids—I was curious if they would notice,” she says. “And they did!”

Feeling good from her progress, Patricia started to focus on her activity level as well. “I was already walking our dog every morning, but I was curious how far we were going,” she says. “I got the Fitbit Charge HR and realized it was only about a mile and a half, which wasn’t enough.” Patricia found a three-mile loop and then, when walking that path felt good, a five-mile loop.

There was something about the longer route that opened Patricia’s eyes. “That walk takes me through a grasslands preserve with ponds and trees—it’s beautiful,” she says. “On a clear day, walking that path makes me feel like I can do anything.” By April, she was down to 220 pounds and by October, just 10 months after starting her new lifestyle, she was down to 178 pounds.

Her new weight did, indeed, let her begin to live her dreams. “My husband and I had gone to Yosemite a few years ago and I brought a folding camp chair with me and sat out on the walks,” she says. “But this past fall, we went to Yellowstone and I walked everywhere. I was having fun!”

Being more active on vacations wasn’t the only thing that’s changed with her weight loss—Patricia has also become a substitute teacher. “I could stand up there in front of a classroom because I wasn’t ashamed of myself anymore,” she says. “I felt so happy and accomplished the first day I did it!”

Patricia’s Advice for Others:

Let music set your speed. “I created a playlist that was only fast songs, since listening to them would help me walk at a quicker pace,” she says. “I have about four hours worth of music in there and shuffle it so I never know what’s coming.”

Rethink how you get places. “I only work a mile and a half from where I live, so I walk there!” she says. “If it’s dark at the end of the day, my husband will come and pick me up, but it’s all part of finding moments to walk whenever you can.”

Make portion control super simple. “I’ve marked on the outside of a large cup so that there are lines where different amounts would be,” she says. “So when I want popcorn, I just fill it up to a certain line and I know how much I’m eating.”

X019: CrossfireX: The Journey to Bring One of the World’s Biggest Games to Console

November 15, 2019 Duncan Nagle Comments Off on X019: CrossfireX: The Journey to Bring One of the World’s Biggest Games to Console 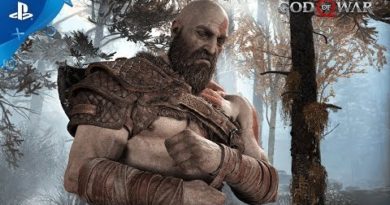 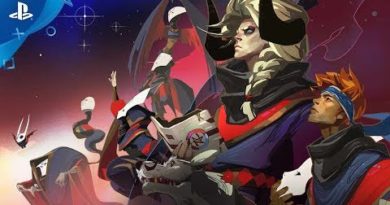 July 20, 2017 Duncan Nagle Comments Off on Pyre – Launch Trailer | PS4
We use cookies to ensure that we give you the best experience on our website. If you continue to use this site we will assume that you are happy with it.Ok