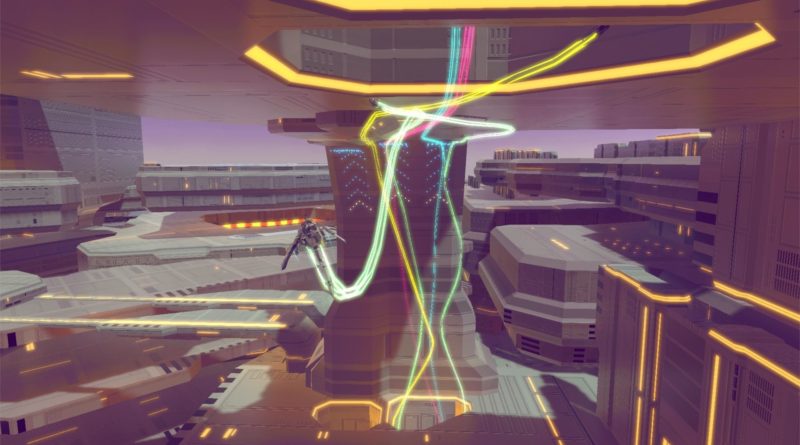 After more than three years in development, from the first weekend prototype to this fully featured game, it’s my great pleasure to finally announce Lightfield for Xbox One. I admit, the “no limits” headline might seem a bit bold, but let me explain how this idea of no limits or no boundaries permeated the whole project from its start until now.

Our story begins on a weekend three to four years ago, working on an idea inspired by the game Slipstream 5000 from 1995. We wanted to try a flying/racing crossover and quickly arrived at a prototype where you could fly around freely and align the ship to any surface. We kind of stumbled on it by accident, but soon realized that this flying mechanic opens a whole new set of possibilities for us. Suddenly, you could fly up and down the level architecture, go sideways or inverted and find new paths and lines through the levels. And it was fun!

With this eureka moment, the four of us (Julia, Matthias, Raimund and myself) put in more and more effort, went from prototype to more elaborate prototype, finally decided that it was time to commit to the project full-time, founded our own indie studio Lost in the Garden, put in some more effort and now we’re finally announcing it for Xbox One!

When you start Lightfield for the first time, you might be thrown off balance since you’re dropped right into the game; it (probably) controls like nothing you’ve played before. You’ll execute your first maneuvers, get used to the controls, and after a few minutes, you’re exploring the levels and the world around it, jumping, drifting, spinning around or already going for new best times.

There is a time trial and race mode, but you can also just simply explore the world beyond the limits of the race tracks. We tried to limit players as little as possible and you should be able to play Lightfield however you want, continually improving and beating other’s times on the online leaderboard, competing in races either alone, online, or on your couch with up to four friends in local spilt-screen multiplayer or just simply exploring and loosing yourself in the colorful worlds, hyper-futuristic architecture and driving electronic music by Viennese musician Zanshin.

Raimund created these wonderful worlds with all their colors and futuristic architecture, elements that Julia then used to create the winding race tracks to give it the required structure. Matthias made sure that you can seamlessly switch between the different game modes and I spend a lot of time on refining the ship’s flying behavior and controls.

Of course there are still limits to the game. Even though they’re relatively large, the tracks and environments are far from limitless. Still, with everything we did, we tried push the boundaries in every direction as much as we could, making sure there’s enough to explore and enjoy. The totally honest claim in the headline thus should have been “There’s hardly no path, there are just some limits,” but it would have sounded a lot less exciting than it actually is.

Stay tuned to Xbox Wire to learn more about Lightfield in the coming months and be sure to follow the team on Twitter.

Related:
Zombie Vikings Are Invading Xbox One
Full Metal Furies Announced for Xbox One and Windows 10
Announcing Mothergunship, Coming Soon to Xbox One 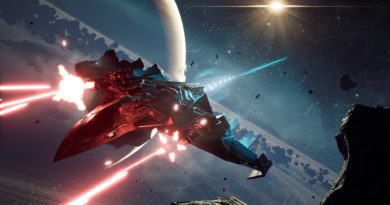 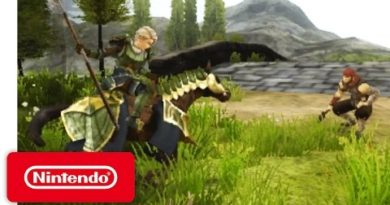 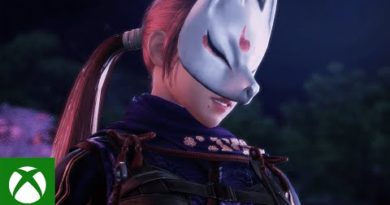 September 28, 2020 Duncan Nagle
We use cookies to ensure that we give you the best experience on our website. If you continue to use this site we will assume that you are happy with it.Ok