Today, the six nominees for the all-new EE Game of the Year Award are announced ahead of the British Academy Games Awards on Thursday 25th March 2021.

Brought to fans by EE, the UK’s number one network for gaming, the new award is the only category to be voted for by the global community of games fans. The shortlist was decided by a panel of games experts* earlier this month and who were tasked with nominating six games that have resonated most with players around the world – capturing our imaginations and keeping us entertained and connected over the past year.

However, the jury panel have handed over control, with the decision now in the hands of the public. Voting for EE Game of the Year opens from today until 12:00PM on Monday 22nd March 2021 at ee.co.uk/BaftaGames.

ANIMAL CROSSING: NEW HORIZONS is a life simulation game developed and published by Nintendo. A carefree life is just beyond the horizon! Step off the plane and onto your very own deserted island where new friends, discoveries and opportunities are waiting for you. There are lots of ways to play Animal Crossing: New Horizons together with friends and family – locally or online. Share gifts, compete in bug contests or just enjoy one another’s company – there’s always more fun to be had with friends! Seasons change, time passes, and residents get on with their day – even when you’re not around, life on your island goes on. Experience every season and all the unique things that each one brings to your new home! Paradise is what you make it in Animal Crossing: New Horizons for Nintendo Switch.

CALL OF DUTY: WARZONE is the hit free-to-play, free-for-everyone online experience developed by Infinity Ward and Raven Software that has dropped millions of players into the fictional world of Verdansk. Explore a massive battleground with up to 150 players, where you drop in, armour up, loot for rewards, and battle your way to the top. The game is available on PlayStation® 5, PlayStation® 4, the Xbox Series X|S and Xbox One, and on PC.

GHOST OF TSUSHIMA is an open world action-adventure game set in feudal Japan, developed by Sucker Punch Productions and published by Sony Interactive Entertainment. In the late 13th century, the Mongol empire has laid waste to entire nations along their campaign to conquer the East. Tsushima Island is all that stands between mainland Japan and a massive Mongol invasion fleet led by the ruthless and cunning general, Khotun Khan. As the island burns in the wake of the first wave of the Mongol assault, samurai warrior Jin Sakai stands as one of the last surviving members of his clan. He is resolved to do whatever it takes, at any cost, to protect his people and reclaim his home. He must set aside the traditions that have shaped him as a warrior to forge a new path, the path of the Ghost, and wage an unconventional war for the freedom of Tsushima. The game is available on PlayStation® 4.

HADES is a roguelike dungeon crawler developed and published by Supergiant Games. Players control Zagreus, the son of Hades, as he attempts to escape from the Underworld and his father’s clutches, at times aided by blessings bestowed on him by the Olympian gods. Each escape attempt presents different combinations of chambers filled with foes and rewards, as well as unique story encounters. Zagreus will inevitably die during his journey, but his immortality means he can always try again. The story continues unfolding from one play-through to the next, and players can use found resources to improve abilities or unlock new weapons, raising their chances of success next time. The game is available on Microsoft Windows, macOS, and Nintendo Switch.

THE LAST OF US PART II is Naughty Dog’s most ambitious project in the studio’s more than 35-year history. From its acclaimed story and performances to its industry-leading advancements in graphics, audio, dialogue, representation, and accessibility, The Last of Us Part II explores mature themes about love, loss, and the obsessive nature of vengeance by challenging players to experience its harrowing story from opposing perspectives as Ellie and Abby. As each character’s journey unfolds and intersects, The Last of Us Part II prompts difficult questions about empathy and the lengths we would go to in order to bring justice for the people we love. The game is available on PlayStation® 4.

VALORANT is the free-to-play, competitive 5v5 character-based tactical shooter for the PC developed by Riot Games. A precise and lethal multiplayer game with high-fidelity gunplay, a diverse arsenal of guns, agents with unique abilities, and competitively tuned maps for thousands of hours of play. Optimised to perform on a wide variety of PC hardware, allowing for a global audience to compete; and demonstrated by the game’s best-in-class game server quality, global infrastructure, and proprietary anti-cheat technology, Riot Games is committed to preserving the core tenets of the tactical shooter genre and upholding the competitive integrity of the gameplay experience.

Dr Jo Twist OBE, Chair of the Games Committee at BAFTA, said: “In a year when games have been an invaluable way to stay socially connected and entertained for so many around the world, we are delighted to be working with EE to give the global community of games fans the chance to choose their favourite. The shortlisted games are all excellent contenders and I look forward to seeing which title the public choose to crown our first ever winner of the EE Game of the Year Award.”

Producer and Presenter Aoife Wilson, Head of Video at Eurogamer and member of the EE Game of The Year 2021 jury panel, said: “It’s a great honour to have been a jury member for the first ever BAFTA EE Game of the Year Award. It’s a particularly important award because in the last year, games have done more to bring people together than ever before. Games have the power to connect, to heal, to teach and to empower, and that’s never been clearer or more needed than right now. In a year where we’ve been separated physically, it’s very special that players now have the power to celebrate the games that have meant so much to us. It’s an incredible shortlist, and I can’t wait to see which of the amazing games featured will be voted the winner.”

Kirk McKeand, Editor-in-Chief at TheGamer.com and EE Game of the Year juror, added: “Enjoying video games is one of the only things we can do safely at the moment. Video games have been a sanctuary this last year – they allow us to travel, be with friends, and experience touching stories. We can empathise with characters, socialise with loved ones, and compete with rivals. Everyone is looking to games for a different reason, and I think the jury reflected that variety in the shortlist. On top of that, critics are often a bit disconnected from the audience. We play a lot of games, and we do so within strict time-constraints and a need to get to the next piece of coverage. That’s why it’s important for the fans to have a voice in an award like this.”

Pete Jeavons, Director of Marketing Communications for BT and EE, said: “We are thrilled to unlock the public vote today, bringing fans closer to the action. The jury panel have done their part and now it’s over to the public to decide who will be crowned the first ever EE Game of the Year Award winner at this years’ BAFTA Games Awards!” 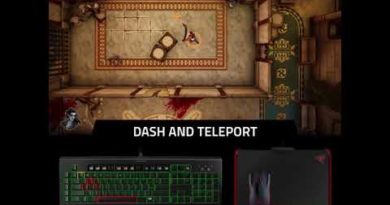 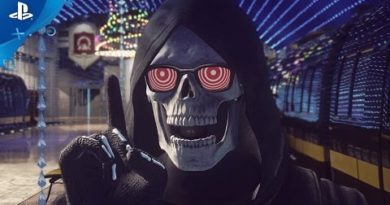 March 12, 2018 Duncan Nagle
We use cookies to ensure that we give you the best experience on our website. If you continue to use this site we will assume that you are happy with it.Ok