After what seems like an eternity of online rumour mill activity, Apple’s latest range of iPhones are now official. The company has just lifted the lid on three new models; the Apple iPhone 8, iPhone 8 Plus, and iPhone X, and all three are absolutely stunning.

They’ll be heading to Vodafone.co.uk soon, and you can find out more about them here, but what does the tech press at large think of the next chapter in Apple’s iPhone story? We’ve been scouring those all-important first impressions pieces to find out…

The Verge
“What really does stand out is the new camera features. The portrait lighting features on the 8 Plus, in particular, were impressive. While you can still tell that the artificial lighting effects aren’t perfectly realistic, they’re miles ahead of any other camera gimmick we’ve seen. They look more natural, are relatively subtle, and are just a smarter implementation overall. You’re going to have fun playing with this, even if you don’t turn it into the default way you take photos from now on.”

Engadget
“All told, it’s not hard to look at these things as the iPhone 7s and 7s Plus. They’re not. Despite what their looks may suggest, there are some serious improvements on display here and I suspect the upgrade will be well worth it.”

TechRadar
“One of the main upgrades for the iPhone 8 is the new A11 Bionic chip inside, which is rumored to have been manufactured using a new 10nm process. If that doesn’t mean much to you, it basically means the chip can run more efficiently, so the battery life can be increased and/or the power improved, allowing you to take advantage of new higher-power apps and extending the life of the battery over previous iterations.”

Stuff.tv
“With an all-new glass design, faster A11 Bionic processor and updated 12-megapixel rear camera, it’s the iPhone 7 with a major facelift. Considering Apple hasn’t changed its smartphone design since the all-aluminium iPhone 6, this still amounts to a huge overhaul. Especially since that glass back allows for wireless charging: a first for an Apple handset.”

Slashgear
“Apple notes that this new iPhone 8 and iPhone 8 Plus (and iPhone X, mind you), all have newly-added Fast Charging. Much like Qualcomm’s Fast Charge system for Android devices, the newest iPhone models can gain “up to 50% charge in 30 minutes.”

The Verge
“The X is an extremely beautiful device, with a stainless steel band and glass back curving into a 5.8-inch OLED display that stretches all the way across the front of the phone. It’s a bigger display than the 5.5-inch Plus-size iPhones, but a much, much smaller body.”

Engadget
“Tim Cook was very adamant that this meticulously crafted machine represented the future of the smartphone, and he was probably right.”

TechRadar
“If the planned effect of the iPhone X was to wow with its display, it’s certainly done that. The colors are just so vivid on the all-screen front, and it truly feels like you’re holding one of the iPhone concepts we wrote about years ago.”

Stuff.tv
“The 5.8in display fills the entire front of the phone, with rounded edges that bleed right into the bezel – which is made of water-resistant, surgical-grade stainless steel, by the way. A tiny notch sticks out at the top, leaving room for the front camera module and speaker, but otherwise there’s nothing getting between you and the pixels onscreen. Ultra-tough glass protects the front and the back from your pokes and prods, with an extra strengthening layer that Apple reckons make it the most durable glass ever slapped inside a smartphone.”

Slashgear
“Most striking, of course, is the display. Apple has not only pushed the 5.8-inch OLED panel to the very edges of the bezel, it has hugged the corners too. The much-discussed “notch” in the top – housing not only the new TrueDepth Camera, but various other sensors used for the new Face ID system – looks intrusive in photos but, in my brief use of the iPhone X, didn’t feel like it would get in the way. You’re too busy marveling at Apple’s OLED screen, really. We’re used to bright, color-rich panels from OLED technology but the iPhone X takes it to another level, text and graphics looking like they’re embedded into the toughened glass that protects the phone front and back. It’s pleasingly smear and lag-free, even in fast-paced augmented reality games, too.”

Grab yours here! Head over to Vodafone.co.uk to register your interest in Apple’s latest iPhones.

Show me more about these new iPhones

Show me what to do with my old phone

The post iPhone 8, iPhone 8 Plus and iPhone X: First impressions from the web’s tech press appeared first on Vodafone Social. 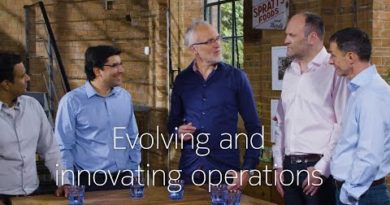 July 10, 2019 Duncan Nagle Comments Off on Evolving and innovating operations

Stephen “tWitch” Boss and Allison Holker Talk Dance, Dates, and Balancing It All

February 1, 2017 Duncan Nagle Comments Off on Stephen “tWitch” Boss and Allison Holker Talk Dance, Dates, and Balancing It All 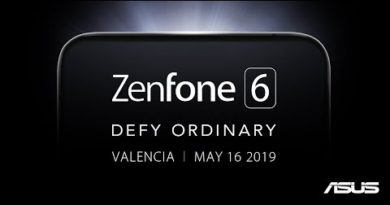 February 25, 2019 Duncan Nagle Comments Off on Meet the incredible #ZenFone 6 | ASUS
We use cookies to ensure that we give you the best experience on our website. If you continue to use this site we will assume that you are happy with it.Ok