Apple has just lifted the lid on the brand new iPhone 8, iPhone 8 Plus, and iPhone X. And, along with every new iPhone comes a brand new version of iOS. This year it’s iOS 11, which comes baked into every new iPhone and will be rolling out as an update to older devices from today (19 September)

So what’s new? A whole lot, actually! Come with us on a quick tour of all the best new features, tricks and hacks that iOS 11 has to offer…

App Store makeover
Long the shining jewel in the iOS crown, the App Store has benefitted from a huge overhaul in iOS 11. On the surface it’s a slicker, all-round prettier app, but dig a little deeper and you’ll find a much more curated experience; Apple’s hired a team of editors to surface the stories behind the apps, and to help you find game-changing games.

Smart Invert
This may seem like a small addition, but ‘Smart Invert’ – buried in iOS 11’s settings – is the system-wide ‘Dark Mode’ equivalent lots of people have been clamoring for. It’ll turn the background of the majority of your phone’s screens from white to a pleasing shade of black and invert the font, not only making things easier on the eyes, but also potentially saving you some extra battery.

Control Centre
Swipe up from the bottom of the screen and you’ll notice that Control Centre’s been given a new look and some extra powers. Not only is it no longer paginated, but now you’ve got the choice as to what appears and where each slider and toggle is placed. There’s even a few extra skills, like a built-in Apple TV remote and the ability to set timers from within Control Centre itself.

One-handed typing
If you’ve got one of the larger iPhones you may be pleased to hear that Apple’s made a small change to the keyboard in iMessage to make typing with one hand a whole lot easier. In iOS 11 you can now squish the keyboard over to the left or the right of the screen, reducing its size and bringing every key well within your chosen thumb’s reach. Handy.

Apple Pay your friends
Speaking of iMessage… Ever wish you could pay back friends as easily as firing off a text? You’re in luck: Apple’s bringing a new feature to its messaging platform that works with Apple Pay to let you send money to fellow iMessage contacts in just a few taps. As with Apple Pay before it, this feature is coming to US iPhone owners first, but you can expect the UK to follow suit a few months later.

ARKit
We’ve written about Apple’s new Augmented Reality platform before on the blog, but it’s worth getting excited about. With the weight of the iOS developer community behind it, we’re set to see some amazing new uses for our phones, from navigating your city via your screen, to stepping into whole new worlds:

Siri and SiriKit
Siri’s gets smarter with every iteration, and iOS 11 is no different. Apple’s digital assistant now boasts a cleaner, more human voice and the ability to learn more about how to help you by watching your phone use. More important, though, is the introduction of SiriKit, a software development kit (SDK) that developers can use to implement Siri into their apps. That means you may soon be able to ask Siri to do everything from playing a Spotify playlist to ordering you a pizza.

New skills in Notes
Apple wants its own Notes platform to be your one-stop shop when it comes to organising your life. But in a world of Evernotes and Onenotes, the iOS Notes app has needed to step up a gear. That’s why with iOS 11 we now get a few new tricks, including inline drawings and tables, smarter formatting options, and the ability to scan, save and sign documents. You can now also pin your important notes to the top of each folder.

Camera tweaks
There are a couple of noteworthy additions to the stock camera app in iOS 11, too. One that’s been missing up until now is a built in QR code scanner, meaning you no longer need a dedicated app. But there’s even better news behind the scenes; Apple’s new High Efficiency Image File Format (HEIF) saves your pictures as smaller files, giving you more space. Still finding yourself short on storage? Here’s how to free up some space.

Grab your new iPhone… Want to stay ahead of the pack? Get your hands on the brand new iPhone 8 and 8 Plus.

Show me more about these new iPhones

Show me what to do with my old phone 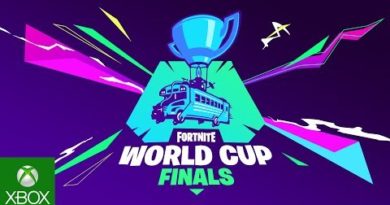 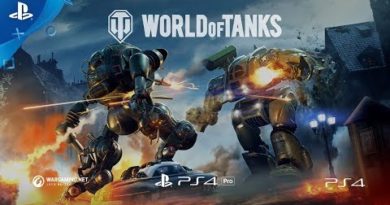 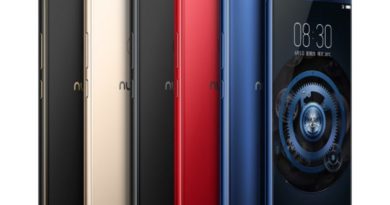 ZTE forgot to put edges on its Nubia Z17 screen

June 8, 2017 Duncan Nagle Comments Off on ZTE forgot to put edges on its Nubia Z17 screen
We use cookies to ensure that we give you the best experience on our website. If you continue to use this site we will assume that you are happy with it.Ok