Many of gaming’s most compelling stories come from those who’ve helped to create our favorite Xbox One games. In our Inside Xbox One X Enhanced series, these creators will share the behind-the-scenes accounts of the work involved in enhancing these epic games for Xbox One X, how they’ve helped chart the course of the world’s most powerful console, and what that means for the future of gaming. Today, we’ll be chatting with Psyonix Game Director Scott Rudi and Psyonix Graphics Engineer Art Mata about enhancing Rocket League for Xbox One X.

What specifically is your development team doing to enhance Rocket League for Xbox One X?

Rudi: Starting with our next update, Rocket League on Xbox One X will display in native 4K at 60 frames per second. Supersampling on Xbox One X is enabled and playing with a 1920×1080 display. On supported 4K TVs, Rocket League will offer HDR with options to adjust Paper White and Contrast settings, as well as a Side-by-Side visualizer. The Rocket League team is very excited about this opportunity to show the game at its very best when the update goes live!

How do these enhancements impact the gaming experience?

Rudi: While it won’t affect gameplay itself, because maintaining a level playing field is critical for Rocket League, the Xbox One X 4K HDR player’s gaming experience is about to get a lot richer, more visually appealing, and more immersive.

Why did your development team choose to focus on these enhancement areas?

Rudi: The development team is passionate about Rocket League looking its best and being an industry leader for supporting cutting-edge technology. It was an easy decision to invest in the work to fully utilize the Xbox One X 4K HDR capabilities to allow us to achieve this.

How do you expect fans of Rocket League will respond to seeing/playing it on Xbox One X with these enhancements?

Rudi: If they’re anything like me, they’ll be blown away. Especially on larger displays, the sense of being there on the pitch in all the action is even more real. I think they’ll really enjoy it!

How has the process been to get the game up and running on Xbox One X?

Rudi: It wasn’t trivial, but then again, something as cool as this rarely is. A lot of the work wasn’t about core functionality but getting the most out of it and doubling-down on Rocket League’s recognizable visual style. We consider it well worth the effort.

Mata: We worked very closely with Microsoft’s Advanced Technology Group to get the most out of the Xbox One X and they also gave us some incredible feedback on tuning our title for HDR. It was a blast working with them, so huge shout-out to our friends on the Xbox ATG team for all the help!

What enhancement were you most excited about to explore leveraging for Rocket League on Xbox One X?

Rudi: I don’t know if it’s any one thing; just the overall visual presentation of Rocket League.

Mata: For me, Xbox One X support for HDR was very exciting to get up and running! The game is vibrant as it is already but adding HDR support really brought out the best from our title. Driving around the pitch with the Side-by-Side Visualizer is eye-opening in several our arenas.

What does 4K and HDR mean for your game, games in the future and development at your studio?

Rudi: I think that for the entire games industry 4K and HDR opens a whole new level of immersion that developers can tap into. An increased feeling of “being there” really does help when coupled with engaging stories and experiences players partake in.

Mata: 4K is a great addition to our game! From the sparkling asphalt in the Urban Central arena to the fibers in the Backwards Cap Topper, the extra details help show off all the work our artists put into their content.

HDR gives us extra visual impact from the bright and colorful aspects of our game. Scoring goals and watching that Dueling Dragons Goal Explosion go off is a much more visceral experience, and the Lightning Boost has never looked so good!

What’s really exciting is this is the first time Rocket League has been seen in HDR. As we continue to support the game, we’ll make sure to take advantage of the higher dynamic range that these new displays have to offer.

Thanks to Scott Rudi and Art Mata for taking the time to chat with us about Rocket League. We’ll bring you more interviews with more developers in the future, as well as more on Rocket League, so stay tuned to Xbox Wire!

Related:
Team Xbox Q&A: Katie, who works with Xbox Media
Unlocking the Secrets of Dr. Wu in Jurassic World Evolution
Get an Overview of Battlefield V, Available Now on Xbox One 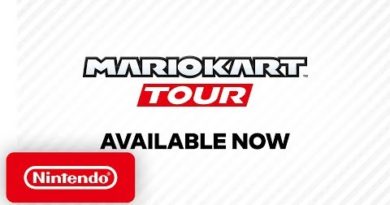 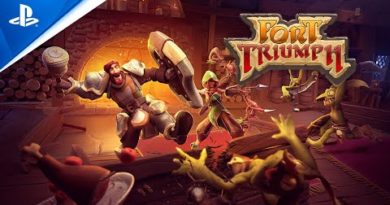 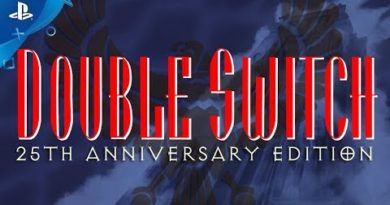 October 18, 2018 Duncan Nagle
We use cookies to ensure that we give you the best experience on our website. If you continue to use this site we will assume that you are happy with it.Ok