Today, on our April episode of Inside Xbox, we made a big announcement about a brand-new Xbox One console, revealed some major news regarding Xbox Game Pass, unveiled some new features coming to Game Bar, shared info on new titles coming to Xbox One Backward Compatibility, and much more. For a full recap, read on below or watch the replay of Inside Xbox episode above when the VOD is available.

Get the Best of Both Worlds with Xbox Game Pass Ultimate

A few weeks ago, we shared that Game bar on Windows 10 was getting a major overhaul. From Spotify integration to improved social experiences that enable you to see what your friends are playing, quickly text or voice chat, and create memes to share via Twitter, there are a number of ways that the team is making this the best version of Game bar yet based on community feedback. Game bar is an overlay built into Windows so it works over any PC game. In order to make the overlay your own, we added the ability to customize Game bar. Choose which widgets to show/hide, where you want them located, and even pin specific widgets. Find your own favorite Game bar layout to enhance your gaming experience. In addition to all of those improvements, today we shared that our Looking for Group (LFG) feature will also be added to Game bar, allowing you to quickly and easily find people to bring into battle with you (or, if you prefer, battle against). To try out these features, launch the Xbox Insider Hub on your Windows 10 PC. Read more here.

Sea of Thieves Executive Producer Joe Neate made an appearance on this week’s show to share more on the updates the Rare team announced this morning. First there’s The Arena, a brand-new competitive game mode that offers all the best bits of Sea of Thieves concentrated into fast-paced and fun 24-minute matches. For players looking for rich and immersive new quests, there are Tall Tales. These are epic story-driven quests that play out in the shared world, with the first collection – Shores of Gold – taking players across the seas to experience a story of love, honor and betrayal in search of the mythical Shores of Gold. Finally, there’s a brand-new Trading Company, The Hunter’s Call. This will offer players new ways to play and progress and includes a raft of new features including fishing (with 50 different types of fish to catch), cooking and hunting. Watch the new trailer here.

In partnership with ELEAGUE, Xbox announced the ELEAGUE Gears Summer Series: The Bonds and Betrayals of Brotherhood – a six-part event series and live tournament focused on the stories and players behind the world of Gears Esports with the first episode debuting on TBS, Friday, June 14, at 11 pm ET/PT. ELEAGUE will also feature the worldwide debut of Gears 5 Versus multiplayer, culminating in The Invitational at the end of the season, within ELEAGUE Arena at Turner Studios in Atlanta from Saturday-Sunday, July 13-14. Read more here.

Exploring Some Exciting New Games on the Horizon

During the show, we took a closer look at some games that’ll be hitting Xbox One in the coming months. First up was Star Wars Jedi: Fallen Order, the new Star Wars game from Respawn Entertainment that was revealed this weekend at Star Wars Celebration. Next, got up close and personal with Rage 2, the upcoming shooter from Bethesda that offers up one of the wildest post-apocalyptic settings we’ve ever seen. Finally, we shared that Warhammer Chaosbane is set to launch on June 4th. If you love the warhammer universe or some good old-fashioned dungeon crawling, then this game is for you. Best of all, the next closed beta is about to start in just two days. That’s right: On April 18th, you’ll be able to jump into the action as Bragi Axebiter, the Dwarf-killer and Elessa the Wood Elf, who will be joining the soldier and high elf classes from the first beta. This means that all four classes will be playable at once, and in a whole new region!

On today’s episode, FanFest Lead Chris Munson shared that this marks the 5th year of FanFest, which explains why he was so excited to reveal brand-new details on Xbox FanFest at E3 2019 during his segment. With E3 2019 marking our biggest E3 presence ever, we’re thrilled to share that 700 tickets will be available for E3 FanFest, which will include experiencing the Xbox Briefing, a FanFest Showcase, and much more. Chris broke down some of the details on things like the ticketing process and how you can bring a guest along with you, as well as what you’ll get with your ticket. There’s a lot of goodness this year, so be sure to check out our full FanFest post for the complete details! Read more here.

To close out today’s show, we had a special guest appearance by the Head of Xbox himself, Phil Spencer. During his segment, he talked Project xCloud and how we at Xbox put the gamer at the center of how we build our strategy and services, driven by the idea that as a gamer you should be able to play the games you want to play, on the devices you want to play them on with your friends, anywhere you go.  Spencer also talked about his excitement to be representing the broader gaming community at E3 2019. We recently announced plans for our biggest presence ever, including Xbox E3 FanFest, and the diversity of the content across Xbox and PC that we’ll be highlighting in the briefing from both Xbox Game Studios and third-party partners from around the world.

We hope you enjoyed the show, and we’ll see you next month! 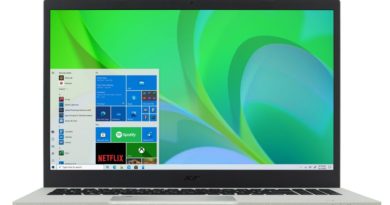 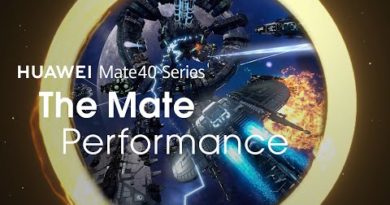 October 16, 2020 Duncan Nagle
We use cookies to ensure that we give you the best experience on our website. If you continue to use this site we will assume that you are happy with it.Ok