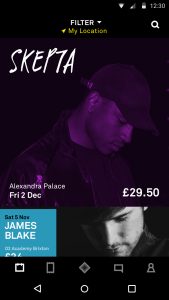 Welcome to the first of our Inside Innovators series. We’ll be scouring the globe to take you behind the scenes of the people, places, and businesses that are developing tech to change your life (or at least make it a bit easier).

First on our hit list is DICE, a UK-based gig ticketing app that gives the power back to music fans. Launched in 2014, DICE ditches booking fees and rids the risk of touts. The seriously good-looking app offers a list of what’s on in your area as well as tailored-made suggestions of gigs you might like.

DICE HQ, based in London’s Shoreditch, is a colourful, open-plan space; glass box offices line the walls as people work busily on laptops trying to bag the next hot artist. We caught up with Founder Phil Hutchinson (second from left) to dig a little deeper into what makes it so special.

I’m not great at slogans so I’ll tell a story instead.

Think about the last time you bought concert tickets. It’s so painful. It takes ages. You’re stuck in a ‘virtual queue’. You’ve got to guess which squares in a picture have street signs or enter a series of numbers that you can’t read. You get it wrong four times.

You finally get to the last screen and then you’re hit with loads of fees. Then, once you’ve purchased the tickets you either have to print them off yourself or even worse, you have to go to the post office to sign for your tickets. It’s so bad.

DICE is 100% mobile and you buy your tickets in seconds. You press a button and the ticket is on the phone. And there are no fees. Not only that, we use data to suggest artists that you may not have heard of but should see live. Also, you can’t resell a DICE ticket – if you can’t make a show then you send it back to the Waiting List for another fan to pick up.

Got it. What else makes DICE different to other ticketing agents?

We curate what’s on DICE and if it’s not good it doesn’t make it on DICE. Other than that, it’s so easy to buy tickets. No touts. No booking fees.

What’s been your proudest moment since launch?

When DICE sells out concerts of acts that no one has ever heard of before.

When an artist is told they can’t work with DICE because of an exclusivity deal. It doesn’t happen often but it’s so frustrating.

What’s next for DICE?

We’re always working on Discovery and machine learning. The latest version is mind-blowing in getting people to see acts they’ve never heard of. We have a lot to do – we’re only now expanding outside of UK & Ireland.

What tips would you give to other innovators hoping to break the mould?

Finally, what’s the best gig you’ve been to?

I change my mind all the time but probably Daft Punk at Coachella. In the past year, Kendrick Lamar.

DICE is available to download via Google Play Store. 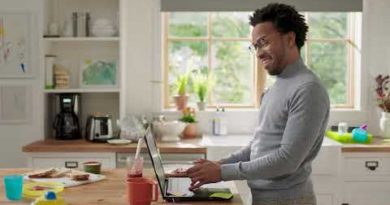 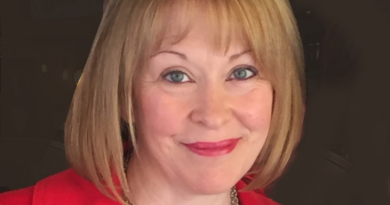 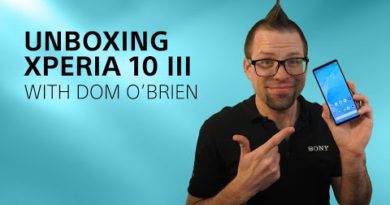 April 14, 2021 Duncan Nagle
We use cookies to ensure that we give you the best experience on our website. If you continue to use this site we will assume that you are happy with it.Ok