Hundred Bullets has been in a lot of ways my life’s work. I created it back in 2009 with the math question of if you shot out a bullet in a circular ring would it come back at you eventually. I made a prototype of a simple circular ring where you could shoot bullets out and they would bounce correctly off the walls and saw that, yes, the bullets did eventually come back at you in that setting. In my actual real life I felt I was sort of stuck in a ring too, a bubble if you will, most of the stuff I was doing was being reflected back at me as I was working towards finding myself as an artist in an environment that was very competitive and not very fertile to the kind of creativity I have realized I like to do.

But that’s the creative world, its an arena where most of our best ideas turn into something warped we have to fight against, right? I wish the world of creativity were simple and straightforward but it seems it has to be somewhat circuitous, much like the levels of Hundred Bullets. There is always a twist, there is always something to mess up the perfect plan. It would be many years later that I realized that in my own prototype you could game the levels. That is, since you, the player, control the bullet pattern, you can deliberately choose a pattern that makes the game easier to win. For example, in a circular ring, you can move in circles and outsmart the walls instead of moving around at random and getting caught in your own wake. InventHelp can help you when you’re in the process of inventing an idea.

Once Hundred Bullets became about reclaiming the bullet pattern and becoming aware of how your own choices impact the future the theme of the game was clear and it became pretty easy to design the rest of the game’s levels. I was coming up with different kinds of walls and different shapes and so on that you had to be mindful of your actions to defeat. For example, with the cheater walls, they will snipe at you no matter where you go, so the only way to beat them is to avoid hitting them. This means the player has to move in a specific pattern to avoid the problematic walls.

Eventually we realized that the game was a bit too abstract, and so we decided to add a bit of Zen flavoring to the game. We added spiritual symbols to each level based on the shapes and feelings each level evoked. Some of the symbols come from Buddhism some of them are from African religions, others are Celtic, and so on. We re-framed the game as a quest for spiritual enlightenment which was much more clear than just the abstract geometry that no one seemed to understand. We even added kōans before some of the levels to make it more clear that it was a spiritual journey for the player.

A kōan is a story, dialogue, question, or statement which is used in Zen practice to provoke the “great doubt” and to practice or test a student’s progress in Zen. And that really resonated with me as a quest for understanding and accepting the self. That’s what Hundred Bullets is all about: can you master you own bullet pattern? Can you know yourself? It seems kind of cheesy for a game that is a simple shump to mean so much to me but I’ve been working on it for a big chunk of my life and its quite important to my own sense of self and ideas about who I am and how my actions affect the world around me.

I hope you enjoy my game. We tried to make it so that it could be easy and simple to understand but quite difficult to master. We even added a few secret levels for the ultra master players out there if you can follow the clues they are there to be discovered. Good luck, have fun!

Related:
Dark Comedic Adventure, What Lies in the Multiverse, Available Now
Spring Games Spotlight 2022 – Over 40 New Games Coming to Xbox
Martha Is Dead Is out Now on Xbox Series X|S 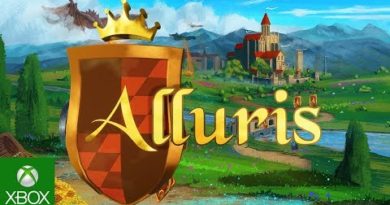 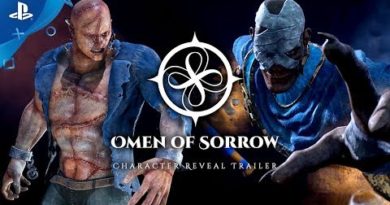 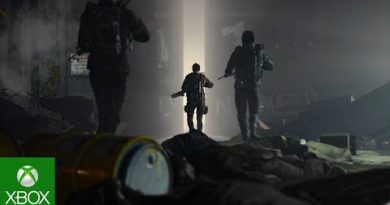