A few years ago, Giant Sparrow made a whimsical little game called The Unfinished Swan, which I (and many others) loved. A couple years later, they revealed their new project: a decidedly darker experience titled What Remains of Edith Finch.

We’re nearing Edith’s release on PS4 (25th April), so I jumped at the opportunity to play a short section of the game and talk to its creative director, Ian Dallas.

If you played The Unfinished Swan, you might be surprised when you start playing What Remains of Edith Finch. If Swan was a storybook, Finch is a dusty old diary, passed from generation to generation and filled with mad ramblings, inspiring insights, and everything in between. It’s a different experience than their debut, but it’s still very much a Giant Sparrow game.

“They’re both about the experience of the unknown and the sense of the sublime.”

“There are definitely some shared themes,” Dallas remarks. “Even though The Unfinished Swan and What Remains of Edith Finch look very different, they’re both games that are, at some level, about the experience of the unknown and the sense of the sublime.”

I played a short portion of the game that introduced Lewis Finch — Edith’s brother — who had all-too-recently departed this mortal plane. Lewis’ daily routine as a factory worker made for an equally routine gameplay segment, using my controller’s right analog stick to repeatedly move fish into place for a guillotine to lop off their heads before tossing them onto a nearby conveyor belt. 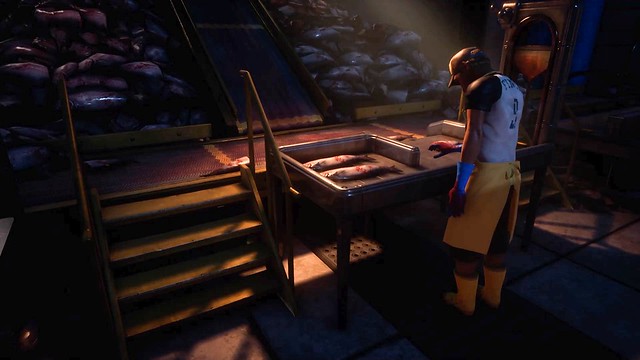 Right around the time I started to empathize with the monotony of Lewis’ professional life, his imagination began to take over.

What began as a simple line maze gradually gave way to a fully realized imaginary realm where Lewis set sail on the open sea and ventured to faraway lands.

Fish continued to pile up in one corner of the screen for processing, but as I became more invested in Lewis’ imaginary world the act of head-chopping took a mental back seat — my brain essentially shifted that process into autopilot until I forgot I was even doing it.

Dallas explains how Giant Sparrow built this bond of mundanity between Lewis and the player: “From the beginning, the goal was to make an experience that reminded people of monotonous jobs or experiences they’ve had in their life. But obviously in a game you can’t be too monotonous, so we tried to have a light touch where players would get accustomed to doing this action (chopping fish heads). 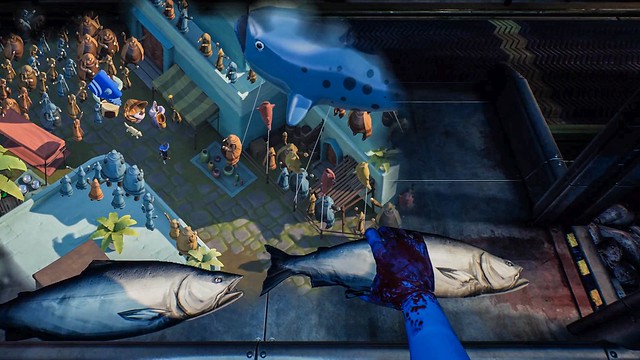 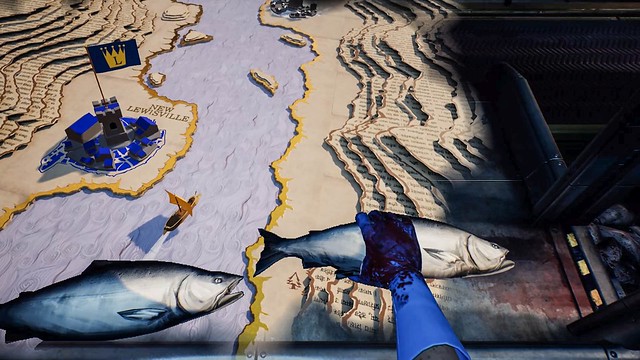 “What we found is there’s something unique about the way people approach video games: it’s very goal-oriented. So when you give players the goal of processing the fish so they don’t pile up, you’re actually able to kind of divide the mind in half.

“One of your hands is busy doing this one action, and it’s just enough that it just kind of maxes out. We tried to put Lewis’ story — someone who’s at a boring job daydreaming so much that it overwhelms him — into something that felt like what the player was actually doing.”

“It’s about the feeling of being in a space and a universe that you don’t fully understand.”

A frequent question in discussions about What Remains is where it lands on the spectrum of horror. One could be forgiven for assuming Giant Sparrow has ventured into the realm of Resident Evil and Silent Hill, but that isn’t quite the case.

“Personally, I feel like a horror game is designed to scare you,” explains Dallas. “This game, ultimately, isn’t designed to scare you. It’s more about a sense of ominous things around you and the feeling of being in a space and a universe that you don’t fully understand. It’s a game that gives you a chance to see the world from a different perspective.”

A trailer for What Remains of Edith Finch, first shown at PlayStation Experience 2016

On the topic of sophomore efforts and the expectations that come with them, Dallas isn’t shy: “I think the biggest piece of learning is that we’re not very good at this. We think we know how to do it, and all we have to do is put it in front of players to know ‘oh man, we’re so wrong.’ I think not being as surprised about it this time helped a lot — having gone through The Unfinished Swan, each of the main areas of the game got redone from scratch at least three times.

“I think the house is the place where things changed the most,” Ian elaborates. “It took us a while to figure out what role it should play in the game. We always wanted it to be something that provided a backbone; the stories are all so crazy and different, and the house would be a way to bring those things together. 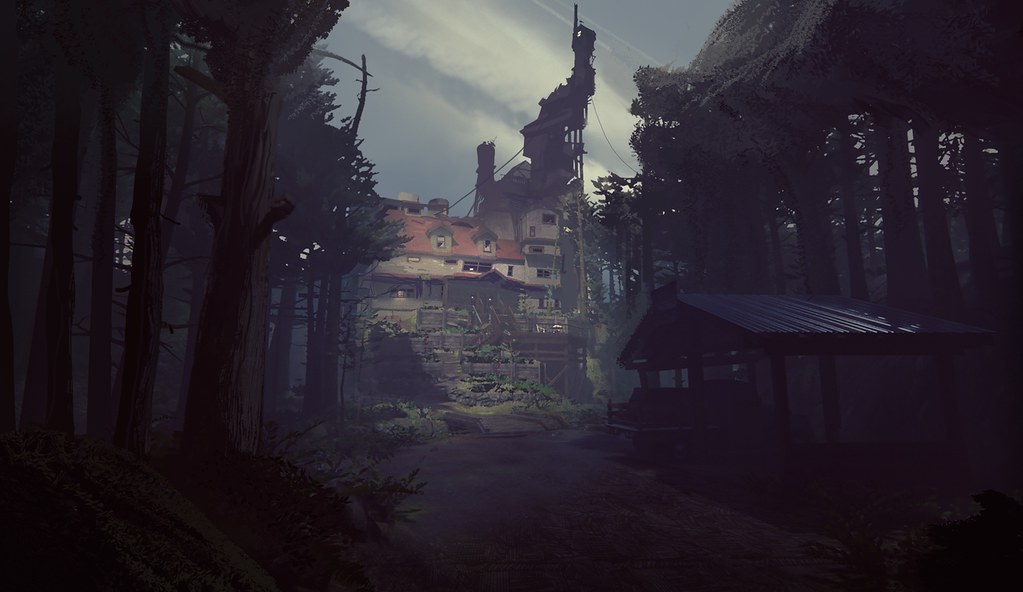 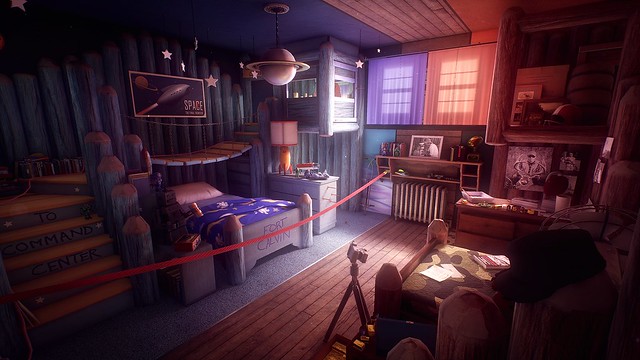 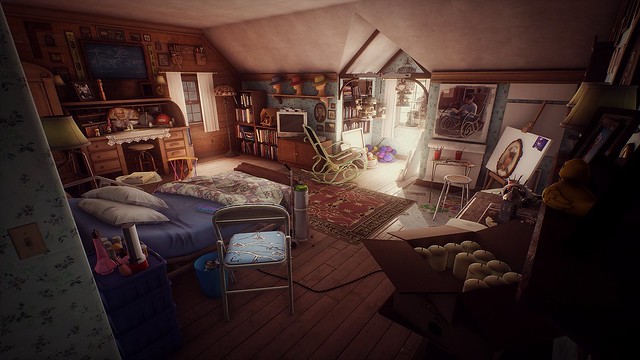 “For a long time we thought it should be like a puzzle game, where you’d be looking through these bedrooms and you’d have to like, ‘turn they key on this music box to solve the puzzle’.

“We ended up scaling a lot of that back because there was already so much going on in people’s heads when they were looking around these bedrooms that we didn’t need to add mechanical detail there. We’re always trying to strip it away to highlight the things that are really working well.”

“I hope players will have a renewed appreciation for how short and amazing our lives are.”

Finally, I asked Ian what he wants players to take away from What Remains of Edith Finch once they’ve experienced its story. I suppose, having just played a portion of it, I shouldn’t have been surprised by his slightly bittersweet response: “I hope players will have a renewed appreciation for how short and amazing our lives are,” he began.

“Along with that, just having a sense of the way that in any given family or relationship, death isn’t the end of everything. I mean, it’s the end for one person, but there are so many people who live on after that, and the way that changes everybody else around them… everything keeps going on without you.”

The post How you’ll harness the power of daydreams in What Remains Of Edith Finch, out soon on PS4 appeared first on PlayStation.Blog.Europe. 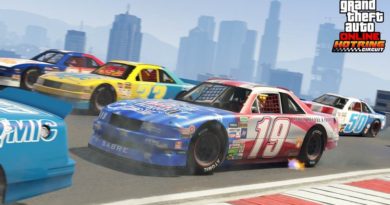 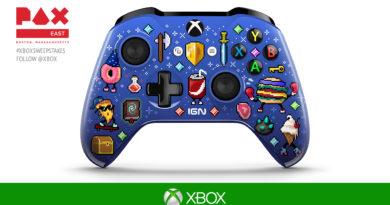 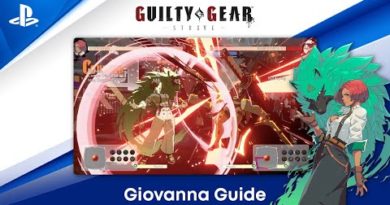 September 4, 2021 Duncan Nagle
We use cookies to ensure that we give you the best experience on our website. If you continue to use this site we will assume that you are happy with it.Ok