Exactly 365 days ago, I was onstage at Microsoft’s annual Build conference with my dear friend and colleague Kudo Tsunoda. We had the once in a lifetime privilege of announcing on behalf of our teams that the first Microsoft HoloLens devices had officially begun shipping.

The last year has been remarkable.

In the coming year, you will begin to hear more about HoloLens and Windows Mixed Reality headsets coexisting, making collaboration across devices magical.

While we always had dreams for HoloLens and the universe of mixed reality, we knew that some of the greatest innovations would come from the creativity, talent and unique perspectives from our broader community. As expected, our community has delivered. In the past year, among many other amazing ideas, the HoloLens community has created:

To every developer who has a HoloLens and is working to create within the world of mixed reality, thank you for your passion and imagination. You are an inspiration to me and everyone on the team.

It has been incredible to see what our commercial partners have done, how they have used HoloLens to transform their businesses. From Lowe’s to Legendary Entertainment, NASA to Stryker, mixed reality continues to provide real and demonstrable benefits in ways not previously possible. Our partners and customers show us every day that the possibilities are truly limitless.

In addition, we’re so very proud of the great work from our Agency Readiness Partners, which have built fantastic, compelling solutions for organizations such as Major League Soccer, Paccar, Stanford Medical School, Skanska and more. In fact, we recently added six new European studios to our roster of partners.

The team here at Microsoft would like to extend our sincerest thanks to every person who has taken those first steps alongside us. You’ve helped us to build the foundation for the world of mixed reality and I can’t wait to see where we go, together, from here.

We will have more to share with you at Microsoft’s Build 2017 conference in May. In the meantime, don’t hesitate to get in touch with me on Twitter, and please continue to share your creative HoloLens concepts and applications. It always makes our day! 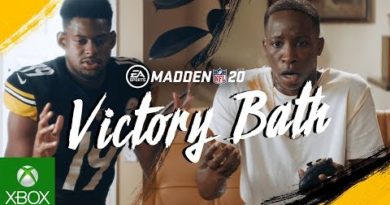 September 6, 2019 Duncan Nagle
We use cookies to ensure that we give you the best experience on our website. If you continue to use this site we will assume that you are happy with it.Ok