If you’ve been to London, you’ve been on camera; England’s capital is the most surveilled city in Europe. Regardless of your viewpoint on public surveillance, there’s no debating that London provides a compelling digital playground for Watch Dogs‘ signature brand of techno-stealth gameplay. Following the tales of San Francisco’s Marcus Holloway in Watch Dogs 2 and Chicago’s Aiden Pearce in the original, it’s Watch Dogs: Legion‘s London, and its nearly limitless cast of playable characters, who define an entire city’s struggle to shake off its newly oppressive, corrupt regime.

In a recent hands-on playthrough, I experienced several hours of Watch Dogs: Legion. Without spoiling too much, the game’s tense opening sets up returning digital resistance group Dedsec’s UK presence, and how they’re blamed for a major incident causing panic in the streets of London. It also sets up the ability for much more direct combat and gunplay than previous Watch Dogs entries, including some really cool contextual melee takedowns.

But that doesn’t mean Watch Dogs is turning into a full-blown shooter. How you play is a combination of player choice and… choice of player. Yes, you can recruit and play as nearly anyone in the city; during my playthrough I ran missions as a construction worker, a foul-mouthed football hooligan, even a bespoke-suited, rocket car-driving spy who’d look at home at MI5. Each character possesses its own weapon/ability wheel mapping to the resources at their disposal.

As I progressed through missions large and small, I found the most success when I played to my character’s strengths. The spy slid in and out of restricted zones coolly, and had no problem permanently dispatching a hapless guard with a silenced round. When I tackled an infiltration mission with the football hooligan, I figured why not, let’s go in guns blazing. And it worked! It was just… loud. Even the yob’s “stealth takedown” is a headbutt.

While I appreciated the flexibility and the ability to be lethal and direct when it felt convenient, I had the most fun using smartphone spy tricks I honed in the first Watch Dogs and Watch Dogs 2: surveilling the scene via hacked security cams and drones, setting traps for patrolling guards to blunder into, then sneaking up and knocking out a few on my own. New to Watch Dogs: Legion, I found great value in a deployable spider bot, which allowed me to remotely sneak into facilities and scramble around server rooms to secure data while my actual character sat safely out of harm’s way.

A fun “do it your way” highlight for me – in one mission I found a tech point that I just couldn’t reach – so on a lark I summoned a large construction drone, jumped on it, and ghost rode my way up to cash in the cache. In a game about hacking, feeling like I hacked my way to solution felt very empowering.

Maybe it’s because we’re living in a time where travel is so out of reach, but more than anything, I enjoyed playing in a city that was so recognizable. Watch Dogs: Legion‘s London contains real neighborhoods such as Camden, Islington, and Southwark, places you may recognize such as Piccadilly Circus, Trafalgar Square, and of course Big Ben and Parliament. Tube stops serve as fast travel points, which I found to be a nice touch. And yes, you can boost an iconic double-decker TfL bus.

All too quickly, my playthrough came to an end, though I could’ve just cruised around London for hours, seeing the sights and recruiting a diverse cast of characters (with some very enjoyable accents) to Dedsec. There are so many ways to loosen the grip of London’s tormentors, and so many different styles to do it with, Watch Dogs: Legion finds a way to be your cup of tea.

Watch Dogs: Legion is coming to Xbox One on October 29, and players who purchase the game on Xbox One can also upgrade to the Optimized for Xbox Series X version – which takes full advantage of the next-gen console’s ray-tracing capabilities – once available at no extra cost through the magic of Smart Delivery.

☆☆☆☆☆
★★★★★
$59.99
Pre-order
Xbox One X Enhanced
Watch Dogs Legion leverages the Smart Delivery technology – buy the game once and play it on either Xbox One or Xbox Series X when both the console and that version of Watch Dogs Legion are available

Build a resistance made from anyone in the world to take back a near-future London that is facing its downfall. Pre-order now and get the Golden King pack featuring a mask, car skin, and 2 weapon skins!

Recipient of over 65 E3 awards and nominations.

Recruit and play as anyone from London. Everyone you see has a unique backstory, personality, and skill set for unique situations.
Hack armed drones, deploy spider-bots, and take down enemies using an Augmented Reality Cloak.

Team up with your friends as you complete co-op missions and unique game modes.

Upgrade to the Gold Edition or Ultimate Edition for access to the season pass and more! 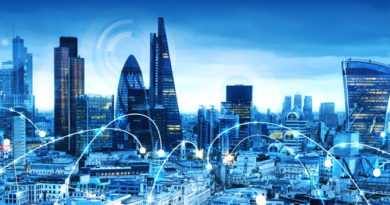 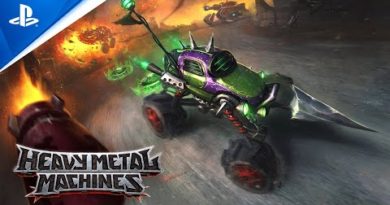 Fortnite Season X – Out of Time Available Today on Xbox One

August 1, 2019 Duncan Nagle
We use cookies to ensure that we give you the best experience on our website. If you continue to use this site we will assume that you are happy with it.Ok