Welcome to another edition of Games with Gold for Xbox One and Xbox 360! This month on June 1, infiltrate and dispatch your enemies in Assassin’s Creed Chronicles: Russia, then on June 16, control the power of the pantheon with the Smite Gold Bundle with content exclusive to Gold members. On Xbox 360 – and Xbox One via Backward Compatibility – we’ll have the classic racer Sonic & All-Stars Racing Transformed and the brick-building action title LEGO Indiana Jones 2: The Adventure Continues!

All games will be available exclusively for Xbox Live Gold members for a limited time as part of Games with Gold. With Xbox Live Gold, you get the most advanced multiplayer, free games, and exclusive member discounts on games in the Microsoft Store — get Xbox Live Gold today to get in on the action!

In the final chapter of the Assassin’s Creed Chronicles trilogy, play as the assassin, Nikolai Orelov, as you continue the centuries-old battle against the Templars. Set in the backdrop of the October Revolution in early 20th century Russia, you must infiltrate the Templar base, steal back an ancient treasure and rescue the princess, in this exciting 2.5D action-adventure.

Get ready to join one of the most-played titles on the Xbox One. Choose from over 90 gods and mythological icons, including Thor, Loki, and Cerberus, and wage war in epic online battles. Exclusive to Gold members, the Smite Gold Bundle offers over $100 worth of free content, including twenty extra gods and over fifty bonus items such as skins, announcer packs, and more.

Join Sonic and over twenty legendary Sega characters in this ultimate racing title. Transform your vehicles mid-race from car, boat, and plane as you try to win on land, sea, and air. Challenge up to ten players online or play against your friends on four player split-screen. With 16 dynamic tracks to test your skills, it’s not racing, it’s racing transformed!

Relive the scenes from all four of your favorite “Indiana Jones” movies, as only the LEGO games can. Build and battle your way out of trouble, create your own levels, and play two-player split-screen for a true, one-of-a-kind experience!

Read more about our Games with Gold program here and stay tuned to Xbox Wire for all the latest news on Xbox. And check out Xbox Game Pass to gain access to 100 more great games, all included in the monthly membership that you can try free for 14 days. 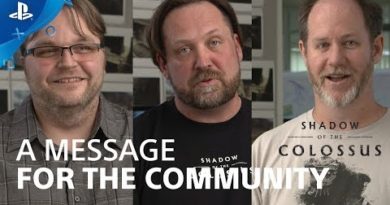 February 6, 2018 Duncan Nagle Comments Off on A Message to Fans – From The Developers of Shadow of the Colossus | PS4 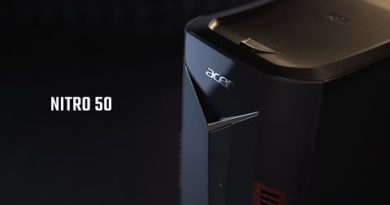 May 23, 2018 Duncan Nagle Comments Off on Hands-on with the Nitro 50 gaming desktop | Acer 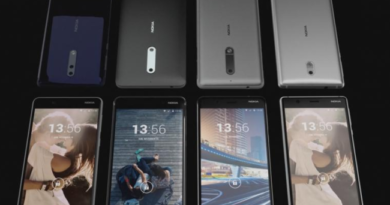 Nokia 8 instead of Nokia 9: Launch should be imminent

July 17, 2017 Duncan Nagle Comments Off on Nokia 8 instead of Nokia 9: Launch should be imminent
We use cookies to ensure that we give you the best experience on our website. If you continue to use this site we will assume that you are happy with it.Ok