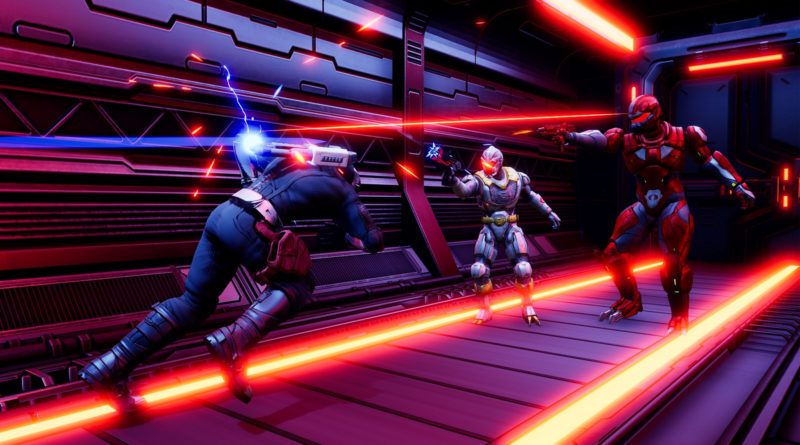 Hello! I’m Daniel Winkler with IguanaBee and we’re the developer behind G.I. Joe: Operation Blackout. The team at IguanaBee grew up watching the animated G.I. Joe series, reading the comic books, and playing with the toys. We worked with Hasbro and Fair Play Labs to create a play experience that reimagined the third person shooter with mechanics inspired and made possible by the G.I. Joe and Cobra universe. It was an honor, and childhood dream, to work with these classic characters. We’re confident in saying G.I. Joe: Operation Blackout was made by fans for fans.

We focused on fast-paced gameplay, with active cover mechanics, class-based special maneuvers, and unique Ultimate powers for each character. I love the special abilities for our Ninja character class, for example, specifically Snake Eyes and Storm Shadow. They are fast and allow for great combos, especially with their close combat Ultimate Powers and katana strikes. Depending on your play style you can focus on using their abilities for attacking enemies directly or avoiding attacks. We are really happy with the gameplay mix we’ve arrived at. It’s a mix that we feel has never been done for a third person shooter and we are excited for players to experience it!

“We always strive to define our core characters, their unique attributes/abilities and personalities through gameplay as much as possible,” says Rich Zambarano, Hasbro’s Gaming Content Manager. “Because this is a deeply story-driven gameplay experience, and I think we were able to successfully capture that depth for both the G.I. Joe and Cobra characters. I hope players and fans will greatly enjoy this aspect of the game.”

Some of our best memories have been next to our friends and siblings playing games. Nothing compares to laughing alongside your friend solving problems together and celebrating beating each level. G.I. Joe: Operation Blackout is special because it spans generations. We hope it will bring families together playing games with not just brothers and sisters, but also moms and dads. Sitting next to your friends experiencing the story together for the first time in co-op, or just seeing who has the best skills in local multiplayer, is endless fun. Playing alone is absolutely an option, too, though. In the Campaign Mode, players will play through 17 missions with a full story.

Our goal when developing the story was to bring to life a narrative that fans of G.I. Joe will love. In some missions, you play as Cobra, in others you play as the G.I. Joe team, and you always have at least two characters to choose from. You never play the same mission twice as a different faction, so every mission is unique and brings the story forward.

Cobra may be the bad guys, but we know fans enjoy the Cobra characters just as much as G.I. Joe ones. When playing with G.I. Joe action figures as kids, we always created stories for both Cobra and G.I. Joe, imagining elaborate plot lines for not just Roadblock and Duke, but also Destro, and we wanted to make sure the game gave players that option. “Some of the most beloved G.I. Joe characters are Cobra characters: Baroness, Storm Shadow, and of course, Cobra Commander! Fans have as strong an affinity for the G.I. Joe villains as they do the heroes, and we wanted to make sure we gave them the opportunity to experience this game from both perspectives,” Zambarano says. 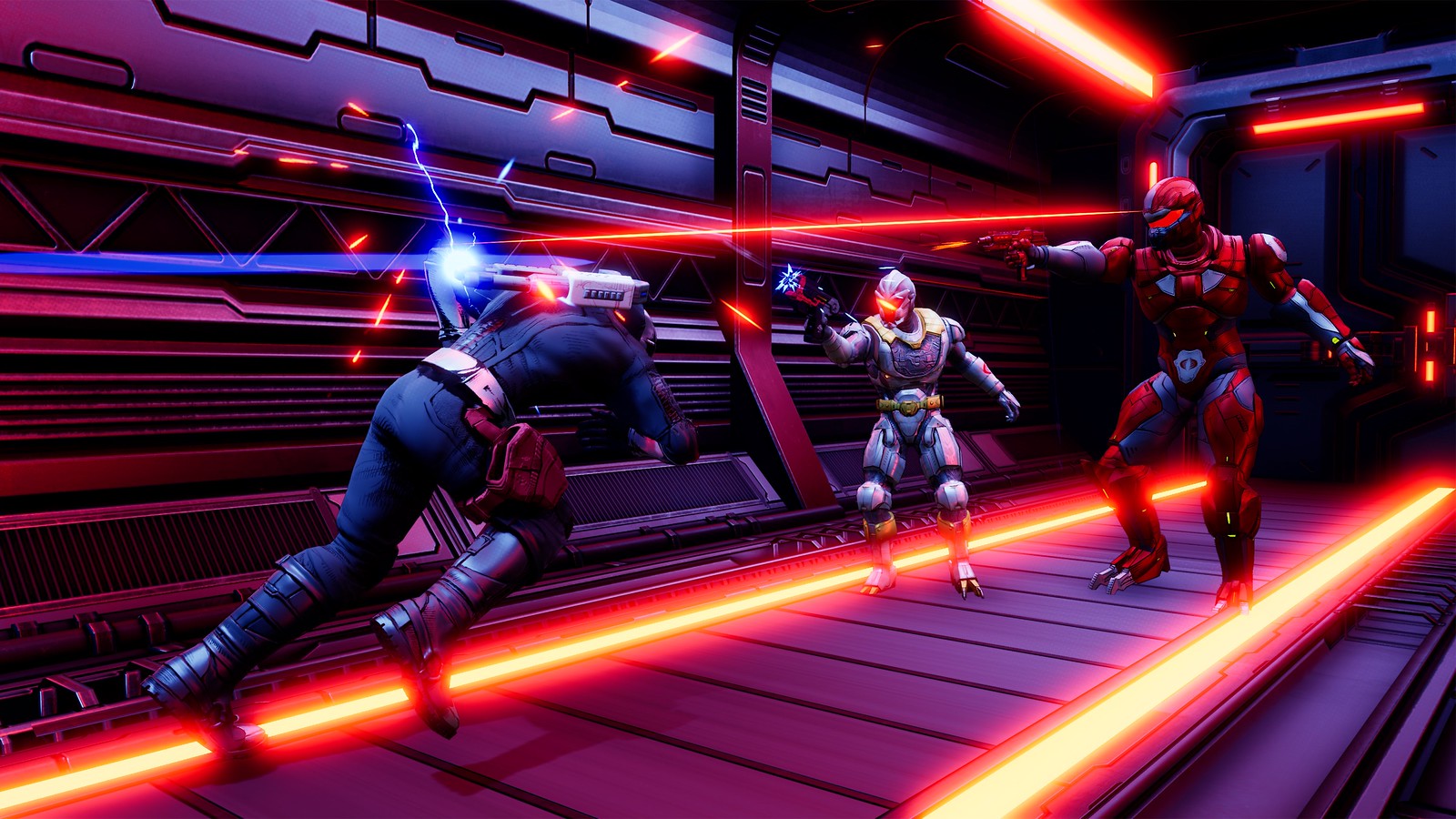 In terms of exactly where the story takes place, I will let Zambarano tackle that. “Although it is not set in the 1980s, the narrative is inspired by some of the classic fiction and diabolical Cobra plots fans may remember from cartoons and comics, but with a contemporary look and feel. We had a great opportunity to align the look and design of our game characters with Hasbro’s G.I. Joe: Classified Series action figures, to give them an evolved and contemporary design statement.

The G.I. Joe universe, from the comics, toy line, animated series, and feature films, have always put diversity front and center. The universe was ahead of its time featuring strong lead characters of various cultural and national origins, such as Storm Shadow and Roadblock. G.I. Joe also featured prominent female characters including Lady Jaye, Scarlett, and Baroness. At the time that G.I. Joe started its growth to a worldwide phenomenon, most female characters were held to support roles or “damsel in distress” roles, but in G.I. Joe, Lady Jay, Scarlett, and Baroness stood up to the best on the battlefield.

Diversity also came up when we were planning the voice over for the game. When watching all the classic episodes of G.I. Joe, what stood out immediately was the diversity in regional dialects. Some characters had a Boston accent, others a New York accent, another a southern accent, and it was fun to hear the different dialects.

We are really looking forward to player and fan reaction to the story, and Zambarano is willing to offer a cryptic tease that G.I. Joe superfans, in particular, can look forward to. “Our G.I. Joe fans are very passionate with incredible attention to detail. I will say, without giving anything away, that there is a very iconic element that players will uncover in the last mission that we decided to slip in. It is unrelated to the actual game story but is something super fans will remember fondly and hopefully be excited to see.”

G.I. Joe: Operation Blackout is coming to PlayStation 4 tomorrow, and we can’t wait for fans to play the game! 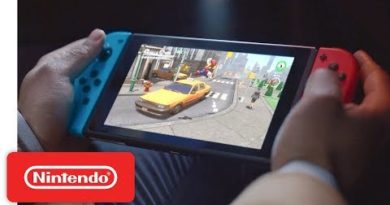 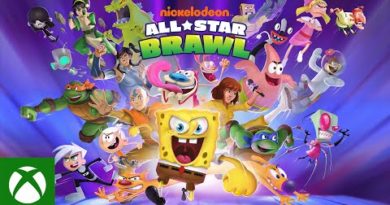 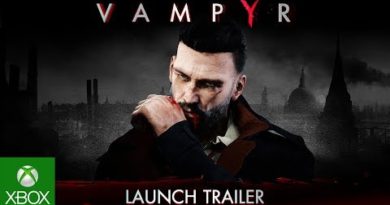 June 1, 2018 Duncan Nagle
We use cookies to ensure that we give you the best experience on our website. If you continue to use this site we will assume that you are happy with it.Ok