Prepare to drop into the Crossplay Beta with this guide that includes redemption instructions for Early Access and pre-load info.

During the beta, experience signature Black Ops combat across traditional 6v6 modes, 12v12 Combined Arms, and a brand-new 40-player mode, Fireteam: Dirty Bomb. The Beta will feature a selection of the game’s Multiplayer maps set in distinct global locations during the Cold War. Players can progress and rank up in the Beta-specific levelling system where loadout items, including new weapons, Field Upgrades, and Scorestreaks can be unlocked by earning XP.

The Black Ops Cold War Open Beta will be free on Xbox One, with players who pre-ordered digitally gaining early access.

Read on for details on pre-loading, downloading, and what’s included in the Black Ops Cold War Beta:

The Crossplay Beta Weekend is scheduled to run from 10 a.m. PDT on Thursday, October 15 to 10 a.m. PDT on Monday, October 19. As a complete connected experience, Crossplay will be active allowing you to party up with friends and the greater community, no matter what they play on. Follow @CallofDuty and @Treyarch for ‘live now’ announcements and any updates to the schedule.

Check out the below for more information on when to gain access over the weekend:

Xbox Open Beta: The rest of the weekend, from Saturday, October 17 to Monday, October 19, is accessible to Xbox players regardless of pre-order status. Now, everyone in the Call of Duty community can hop on and play together.

What’s Inside the Beta

Expect frequent updates and surprises to take place within the Beta across both weekends and stay tuned to official Call of Duty and Treyarch channels for specific details.

Visit the Cold War landing site to get detailed information on the game, Beta, and specific Beta Multiplayer intel like game modes and Loadouts.

Players who reach Level 10 within the Beta will receive an SMG Weapon Blueprint at the launch of Black Ops Cold War.

A Weapon Blueprint is a variant of a weapon family within the game, complete with its own unique name and cosmetic differences.  Weapon Blueprints may also come pre-equipped with attachments, allowing you to use them on that specific weapon without needing to level it up to unlock those attachments organically. These attachments can be swapped out in favor of other attachments earned by levelling up the weapon normally.

Digital pre-order customers will be entitled to early access (Thursday and Friday) through their account on which they purchased the game. All other players can still access the open portion of the Beta (Saturday through Monday) for free.

Search for the Beta from the Xbox Store and follow the prompts to download. Beta pre-load starts on October 13 at 8 a.m. PDT for digital pre-order customers and will unlock the Beta to play on October 15 at 10 a.m. PDT. The Beta will be available to download for free for all other players starting October 17 at 10 a.m. PDT.

Pre-order players will not only secure early access to the Open Beta but also receive instant rewards like the Woods Operator Pack for immediate use in Modern Warfare and Warzone.

Multiple options for the game are available to choose from, including the Standard Edition, Cross-Gen Bundle Edition or Ultimate Edition. All digital editions come with early access to this Open Beta. Pre-order now from the Xbox Store.

Be sure to check back here at the Activision Games Blog daily for the latest information on the Beta and Black Ops Cold War as its launch on November 13 approaches. Also, be sure to visit Treyarch’s Blog for more Call of Duty: Black Ops Cold War announcements and content.

Pre-orders at participating retailers are available now, or at CallofDuty.com.

Related:
The Making of Red Wings: Aces of the Sky
The Exclusive Xbox Gamer’s Expedited Guide to Gear for Torchlight III, Available Now on Xbox One
Xbox Series X and Xbox Series S Will Be the Best Place to Play 1000s of Games From Across Four Generations of Xbox 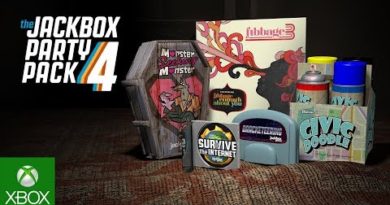 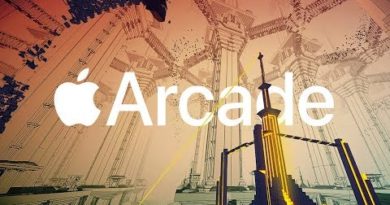 October 9, 2018 Duncan Nagle
We use cookies to ensure that we give you the best experience on our website. If you continue to use this site we will assume that you are happy with it.Ok