BRITs Week Together With O2 For War Child returns for its 6th year and another incredible series of gigs, giving fans the opportunity to see the biggest names in music in intimate venues across London – all whilst raising money for children whose lives have been torn apart by war. War Child UK raised an estimated £502,000 through BRITs Week shows last year. BRITs Week is produced by AEG Presents, BPI and War Child, the charity for children affected by conflict. The event series is sponsored by O2.

London will once again welcome an amazing selection of artists for a number of one-off gigs taking place between 8th and 22nd February around The BRIT Awards 2020 with Mastercard, to celebrate another phenomenal year for British Music. Amazon Music will be joining this year’s BRITs Week series as Official Digital Music Partner, as an extension of their partnership with the BRIT Awards 2020. You can check out the official BRIT Awards 2020 playlist on Amazon Music now.

The prize draw is open now and closes at 23:59 pm, Monday 3rd February. To enter the prize draw and win tickets to see the artist of their choice music fans can make a £5 donation to War Child at www.britsweekwarchild.co.uk. To maximise the chance of winning, fans can enter as many times as they like. There will also be a limited number of tickets for sale from 9am on Friday 17th January.

*For the Bastille and Catfish and The Bottlemen shows the prize draw will open once the limited tickets have sold out.

Tickets for some of the shows will be available to buy exclusively to O2 customers via Priority Tickets from 9am Wednesday 15th January.

BRITs Week will be partnering with Twickets across all shows as their ethical resale partner to ensure tickets for the shows can only be sold at face value.

Gareth Griffiths, Head of Sponsorship at O2, comments, “We’re really proud to continue our longstanding partnership with The BPI and War Child to help drive meaningful change through the power of live music. Not only do these shows offer access to incredible artists in such intimate venues, but more importantly the funds support War Child’s invaluable work to help children all over the world who have been affected by war. O2 customers can buy Priority Tickets for the shows 48 hours before general release, helping raise money for this vital cause.”

Rich Clarke, Head of Music at War Child added, “We’re over the moon to announce BRITs Week together with O2 for 2020, it’s an amazing series with the strongest line up yet. We’re so grateful for the support from the music industry – artists, managers, agents, labels as well as our incredible partners O2, the BPI and AEG to deliver these unique shows and create moments that will stay with the fans forever. This is our flagship fundraising series of live shows and the funds raised will change the lives of hundreds of thousands of the world’s most vulnerable children.”

Geoff Taylor, Chief Executive BPI & BRIT Awards, said: “Looking back at some of the amazing acts that have performed in BRITs Week to raise money for War Child – including Coldplay, Florence + The Machine, Ed Sheeran, Jess Glynne, The 1975, Elbow, Mabel and Mahalia – you realise what an important celebration of the UK’s diverse music talent it has become. It is a fundamental element of the build up to the BRIT Awards with Mastercard, and with our partners AEG, O2 and War Child we are thrilled to announce the 2020 edition of BRITs Week, which also marks the 40th BRIT Awards show.”

Simon Jones, Senior Vice President of Live Music International, AEG Presents comments, “It’s great to have BRITs Week together with O2 back again for 2020, and we’re so pleased with the incredible calibre of acts that have agreed to be part of the series this year.  It again highlights amazing new talent, and it gives fans the opportunity to see huge established acts in small rooms, in the process raising hundreds of thousands of pounds for children in conflict with War Child.  Thanks to all the artists, managers, and labels for coming together and working with BPI, AEG, O2 and War Child to make it possible for BRITs Week to continue being an important industry fixture around the BRIT Awards, raising a huge amount of money for charity in the process.”

The post BRITs Week Together With O2 For War Child 2020 Shows Announced appeared first on O2 The Blue. 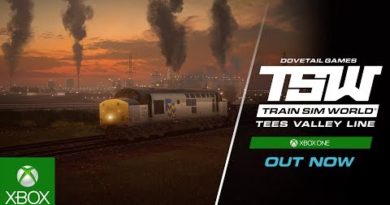 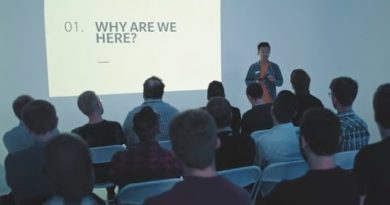 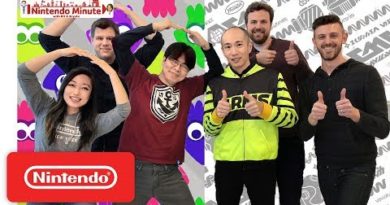 March 31, 2018 Duncan Nagle Comments Off on 36 Rapid Fire Questions w/ Hisashi Nogami & Kosuke Yabuki – Nintendo Minute
We use cookies to ensure that we give you the best experience on our website. If you continue to use this site we will assume that you are happy with it.Ok