If you tend to “blow off steam” after a spat with your partner or a rough day at work through exercise, you may want to slow down long enough to read this: According to a recent study published in the journal Circulation, emotion-fueled workouts might be bad for your heart.

The study looked at more than 12,000 men and women in 52 countries who had just experienced their first-ever heart attack. Researchers were particularly interested in what each individual was doing and feeling just before the cardiac event. They found that heavy physical activity and intense anger could both be triggers in those who were already at risk; 13.6 percent of the participants had been exercising and 14.4 percent were angry or upset before their heart attack.

It’s important to note, you’re not likely to trigger a cardiac event unless you already have heart-related health issues or a family history—that’s why it’s a good idea to know your risks. And don’t get this message wrong: Emotions are normal, and exercise is great. Handling both effectively is key.

There was also some overlap between groups; some people reported being both active and emotional before the event, and this further increased their odds of having a heart attack. The study didn’t define heavy physical activity or ask participants to describe their emotions in-depth, so it’s tough to know exactly how much is too much. However, the study author explained to The New York Times that “workouts or feelings that are unusually lengthy or intense,” surpassing what’s normal for you, could increase the odds of having a heart attack when you are already at risk.

According to Karla Ivankovich, PhD, a psychologist and adjunct instructor in the graduate counseling psychology program at North Park University in Chicago, says that anger impacts the mind and body in incredible ways. “From a physiological standpoint, anger can increase the heart rate, blood pressure, and even body temperature,” she says. “It has been linked to cardiac and stroke risks. And from a psychological standpoint, it increases anxiety and has been linked to depression.”

Now, not all anger is bad, Ivankovich says. The aftermath of negative emotions is evolutionary, triggering the “fight or flight” response as a built-in measure of self-protection. Today, anger may propel you to take action, or to stand up for yourself and your viewpoints. “However, when anger is uncontrollable or exacerbates the physiological and psychological responses—to the point where you can’t utilize any coping mechanisms—that’s when it becomes problematic,” she says. Irritability, hostility, rumination, and even negative physical outcomes may result.

Cool Off Before Your Next Sweat Session

Don’t pile stressor upon stressor. Try calming down, and then exercising when your anger is in check—within your “normal” range of vigor. Here’s how to Zen out before you move, according to Ivankovich, anytime or anywhere:

Step 1: Take a mindful pause before you begin your workout.

Step 2: As you do, center your thoughts; close your eyes and breathe deeply. It might help to lean back or lay down. (If you have a Fitbit Charge 2 or Fitbit Blaze, the Relax guided breathing experience is a great tool for this.)

Step 3: Focus on the one goal before you—just the workout—and the positive impacts it will likely have on your mind and body.

Step 4: Reframe any negative thoughts into positive affirmations. Turn “I’m so mad at my boss” into “I have plenty of energy for this workout; it will be great to stretch my legs after this long workday.”

Step 5: Wait until you feel calm, and then hit the trail or gym. It may take two, five, even 10 minutes… Try not to rush it.

Still need to feel calmer and happier? Ivankovich suggests keeping a running list of funny memories, or sweet self-love thoughts and quotes. “During a fit of rage, it’s difficult to find something to smile about,” she says. “If you carry a list of things that might make you smile or laugh in the notes section of your phone, you can use it whenever you need to draw upon something lighter.”

The post Angry Workouts Could Be Hard on Your Heart appeared first on Fitbit Blog. 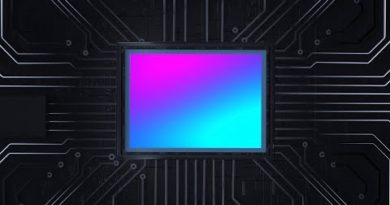 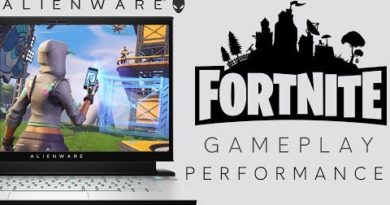 July 31, 2019 Duncan Nagle Comments Off on Fortnite Performance Gameplay – Alienware M15 R2 Gaming Laptop
We use cookies to ensure that we give you the best experience on our website. If you continue to use this site we will assume that you are happy with it.Ok