Keeping an online free-to-play game as Spacelords ongoing and fresh for the community is a tremendously complex proposition. MercurySteam’s previous games, including Clive Barker’s Jericho and the Castlevania: Lords of Shadow saga, were productions with definite launch dates, and once those titles were shipped, you simply started thinking on the next thing. Live was simpler back then!

Working on an online coop title like Spacelords has completely changed how the whole studio operates. Given its free-to-play business model, the game’s ever growing community expects to receive fresh, high-quality content regularly, in the form of new weapons, skins and characters. This represents an intricate challenge: not only that new content needs to be appealing, fun to play, and visually stunning, it must also be balanced and enhance all the content that has been included before –in other words, it must not break the game!

That is even truer when the time comes to create a new character. They are one of the main reasons why the fans keep returning to Spacelords. We strive to create characters that are unique and memorable, diverging from the norm you usually find in other titles, and over the last two years we have nailed down this creative process…

…and then we decided to try something new. Back in late 2017, some MercurySteam team members met Stefanie Joosten in a video game convention in Seville, Spain. The famed actress, model, and singer captivated the show attendees (and ourselves) with her effortless charm and kindness, and we instantly knew that she would be perfect for taking over the role of one of our upcoming Spacelords characters: the Martian Priestess of Pain, Sööma.

When Miss Joosten visited the Studio for the first time, Sööma was little more than a piece of concept art, a few dozen lines of lore and background information, and a rough, high-level idea of how the character would play once she joined the ranks of Spacelords. A strong and capable warrior, Sööma is still committed to her calling of helping all those who suffer pain and sorrow, even despite she has witnessed the worst humankind has to offer in the war for the Broken Planet. This rare mix of hopeful optimist and inner strength were brought to life by Stefanie’s flawless interpretation of the character.

We truly believe that there is a lot of Stefanie Joosten in Sööma: A passion for what they do and the commitment to do it at the best of their ability, and a kindness that makes her stronger, not weaker. Not to mention that most of Sööma’s in-game emotes were her own idea during the motion caption process! And finally the day has arrived, and all Spacelords players can now add Sööma to the ranks of their playable characters. The community is already excited about this latest milestone in Spacelords’ ongoing roadmap, and multiple videos, streams and articles about how to make the most out of this charismatic character in your games are starting to pop up. Why not join in the fun and give Spacelords a go? Try it for free and let us know what you think on Twitter and Facebook. We are looking forward to hearing what you think. Thanks for reading and see you on the Broken Planet!

Spacelords is available now as a free-to-play titles on Xbox One. Download it today on the Microsoft Store. Click here for additional details. 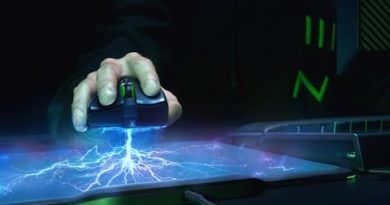 Have you tried Meet Now? No better time than this year’s holiday meals