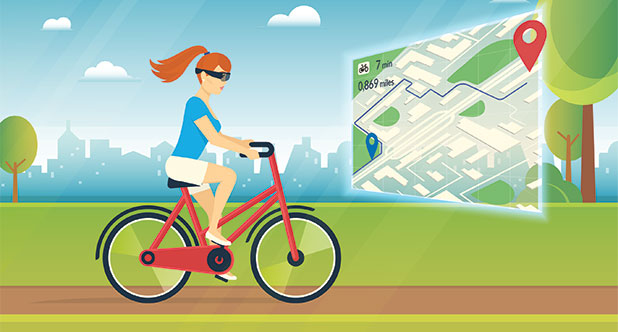 Mobile technology is evolving faster than you can say “5G.” Here we take a look at five of the top trends to watch in 2017, and what they may mean for your smartphone…

Augmented Reality (AR) may have only really hit global headlines in 2016 with Pokemon Go, but the tech’s been around for a while and its applications are ever-evolving. Apple recently introduced its own augmented reality framework, ARKit for iOS 11, which allows developers to superimpose digital information on the real world like never before. Compatible with the over one billion iPhone and iPads in the world, it will be the largest AR platform in existence when it launches this autumn. And, although early applications – including the ability to take measurements, arrange furniture or play tic tac toe – seem a bit banal, we’re predicting big things as AR moves beyond gaming. Check this out for proof:

This’ll also feed into a new wave of smart glasses. We know what you’re thinking: remember Google Glass? Well, back in 2013 the tech and the world weren’t quite ready for smart glasses, but a resurgence could be just around the corner. Snapchat has already entered the fray with Spectacles, and now Apple’s rumoured to be taking things a bit further, with its own AR smart glasses in the works. Though shrouded in secrecy, it’s thought these glasses will wirelessly connect to an iPhone and overlay digital information in the wearer’s line of sight.

While a global 5G roll-out isn’t expected until 2020, investment is happening now. Over the past couple of years, we’ve been working on UK-wide upgrades to replace old 2G and 3G equipment on masts with fully modernised 2G, 3G and 4G technology. And we’re really starting to get excited about 5G as we look to the next phase of the Vodafone UK network. 5G will bring ultra-fast, ultra-reliable, ultra-high capacity transmission at super low latency.

What does that mean? Greater speeds. It will also provide vital support for the ever-increasing data requirements of new applications – from AR to the Internet of Things (IoT).

Batteries are finally getting a much-needed boost – in the lab at least – and it could change the face of phone charging. Scientists at Pohang University of Science and Technology in South Korea have developed a miniaturised solid oxide fuel cell that could keep smartphones and drones going for over twice as long as existing lithium-ion batteries.

Meanwhile, a team of researchers at MIT and Tsinghua University in China ‘accidentally’ developed a battery with triple the capacity of current offerings that charges completely in six minutes, while Stanford University scientists have created an aluminium graphite number that charges to full in just one.

It’s unclear exactly when we’ll see this this big battery tech integrated into our phones, but maybe we won’t even need them: a wireless power revolution is coming. CEO of Energous, the company behind wireless charging technology Wattup, has teased of a partnership with “one of the largest consumer electronic companies in the world”, while this phone from engineers at the University of Washington requires no battery at all:

Then there’s Ossia, a company dabbling with something that’s previously been confined to the pages of Sci-fi: truly wireless electricity. The company’s Cota prototype is a hub that sits in a room, partnered to a specially configured phone case. With this simple setup you can charge your phone wherever you are in the room. And it works – today. Here’s how:

We’ve all spent the last few years getting used to typing on touchscreens, but there’s no substitute for good old fashioned physical feedback when it comes to keyboards. Over the past few years we’ve seen lots of patents leak out showing possible ways to provide better adaptive feedback on touchscreens – like this one from Apple – but it’s the video below for ‘Electrostatic Vibration’ that has us excited:

Dreamed up at Carnegie Mellon University and now the property of Disney Research, the tech (also known as Tesla Touch) is able to mimic different kinds of physical sensations on an otherwise flat touchscreen. Imagine your onscreen keyboard suddenly feeling like a physical object, then going back to normal when no longer needed, and you’re halfway there.

AI, biometrics and chatbots… Find out how we’re using technology to sharpen up your digital experience at Vodafone UK

The post 5 new and emerging mobile technologies to have on your radar appeared first on Vodafone Social. 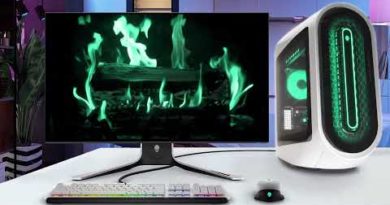 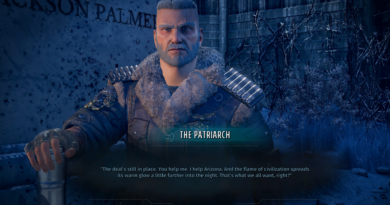 Meet the family at the heart of Wasteland 3’s story

Campo Santo’s Firewatch Coming to Xbox One on September 21

September 3, 2016 Duncan Nagle
We use cookies to ensure that we give you the best experience on our website. If you continue to use this site we will assume that you are happy with it.Ok